Friday I had a day off and I was booked in to go to Staffa with Staffa Boat Trips on the MB Iolaire. The weather wasn't looking too grand in the morning as I picked up PS - we couldn't see Staffa over the sea! 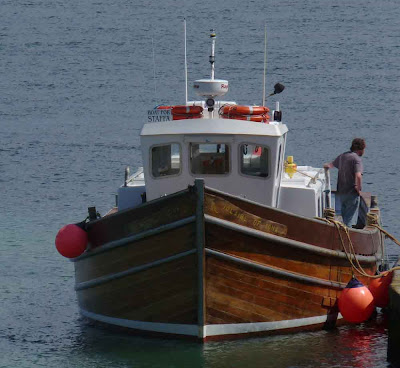 Once aboard the boat we headed off to Staffa getting views of Arctic Tern and Manx Shearwater - both year ticks - before we arrived. 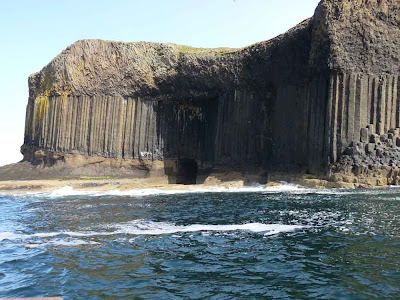 A very obliging Twite posed on the grass as we headed for the Puffins. 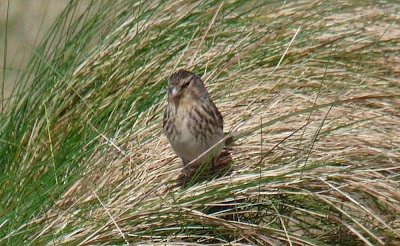 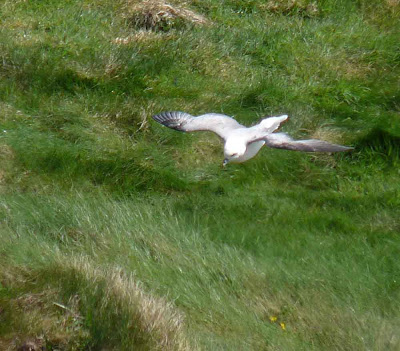 Fifteen minutes in and we had the first Puffins coming off the sea and flying by before one landed right in front of us. 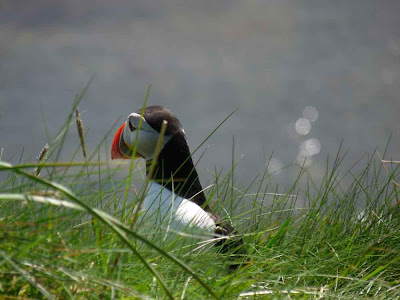 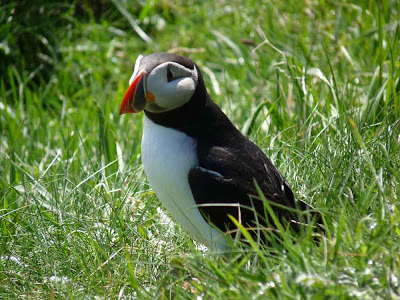 The Puffins dried up so we took a slow walk back grabbing a couple of shots of Great Black-backed Gull.... 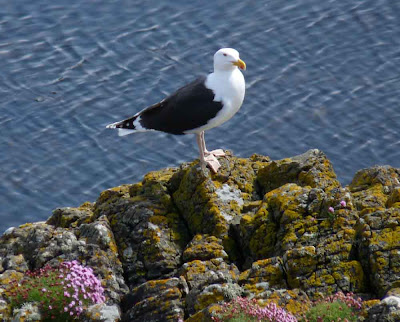 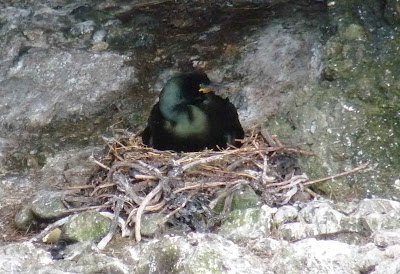 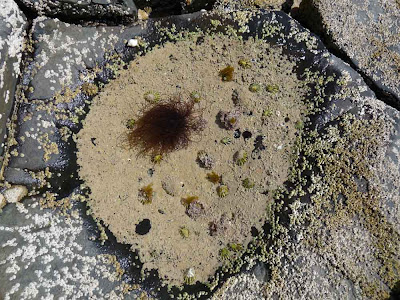 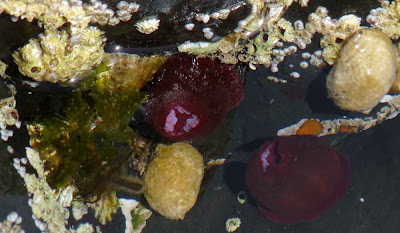 ...and the sea rushing through the narrow channel next to the landing stage. 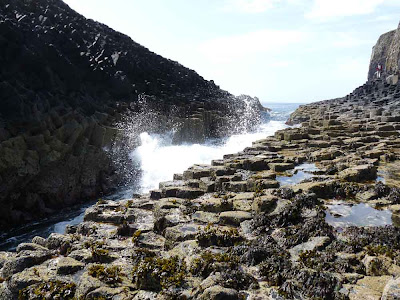 On the way back to Mull we checked out the raft of Puffins that were sitting just offshore.

We didn't see a great deal on the way back except for about 400 Manx Shearwater loafing on the water. Iona was the next port of call to see if we could catch up with Corncrake. A quick stop for lunch in the Nunnery with Corncrake calling just outside seemed like a good start. It all went down hill after that. We wandered about not hearing anything so we headed to the Fire Station where we found someone already attempting to get photos. We held back and saw nothing. We were going to give up but the ferry was just pulling out so we had another wander round for nothing! Spotting Postie in the Fire Station we headed down to pester him. He'd seen nothing but as soon as a bird called I picked it up at the back of the field!! 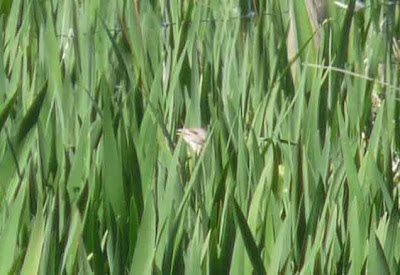 We got good views of this one when it sprung out of the Iris bed with wings spread before scuttling back in. More calling and skulking about, by the bird and not us, with me being the only one keeping track. All of a sudden two birds took flight and flew straight in front of us - nobody got a shot of that!! The calling bird started to head towards where the two birds had landed so we hoped the two birds would fly back across - sure enough we got them again! 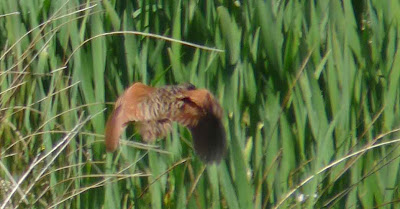 That is a great day off! All of the photos are wonderful, but I especially like the one of the black backed gull on the rocks next to the flowers and the sea in the background. But then the rock pools are so intriguing and who can resist puffins or nesting birds or the thrill of a successfull chase? Great stuff all 'round.

I was on a day trip to Staffa 3 years ago and had Corncrake on the island as well as several Bonxies. I don't know if Corncrake are still there. Great post.

AM - Corncrake are still on Staffa but not many. Ditto on the Bonxies.