Sunday and Monday were quite similar days that were nice and bright but a biting Northerly wind stopped it from getting warm. Both of them were good days out on tour but it's still a struggle to get the migrant birds that should be here by now. Common Whitethroat are very thin on the ground, no Short-eared Owls that I've heard of, no Gropper, not too many Hen Harrier - I could go on! Hopefully the blank territories will be a bit fuller today. Anyway, I'll give you a few photographs from the Sunday and Monday....
One of the pairs of Golden Eagles have failed already, it's a normal thing for this pair, and it's nice to see both birds flying together. 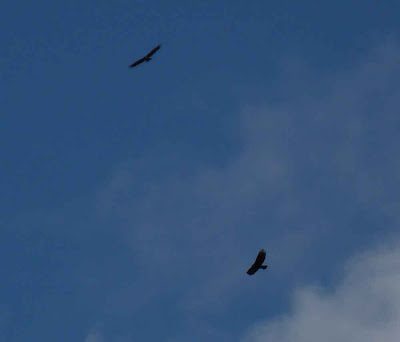 The usual mayhem with the the WTE outside the shop continues but a bit more sporadically now. Two birds were present... 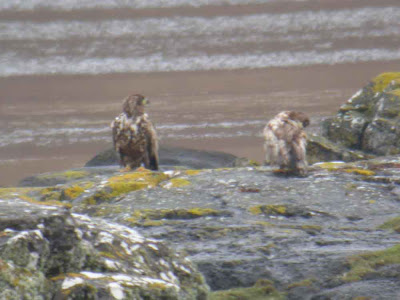 ....and soon moved on with the Hooded Crow thinking it had scored a victory. 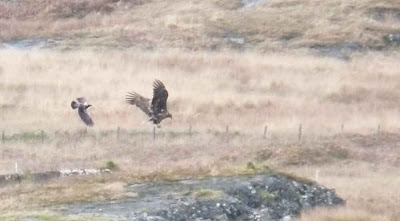 The Otters have been showing but can be elusive at times. We picked up this one from half a mile away... 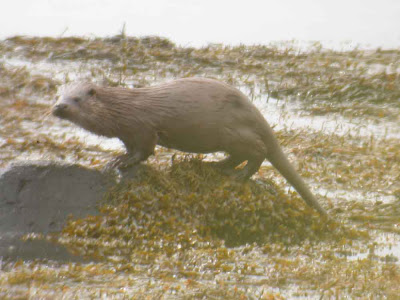 ....got good views before a crowd gathered. I don't think any of the crowd could see the Otter as he slipped down the back of the rock and was only visible from where I was standing on my own. It was no surprise that he went into hiding as the crowd left engines running, slammed doors and generally made a racket. Some people wonder why they don't see much! I've had a couple of sightings of the Dipper recently so I think there must be chicks on the go at last. 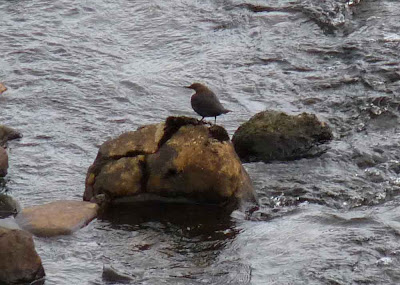 A Drinker moth caterpillar was a nice find too. 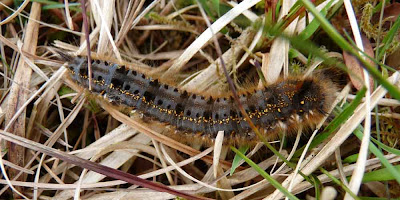 We also bagged a nice Speckled Wood - first one I've seen this year. 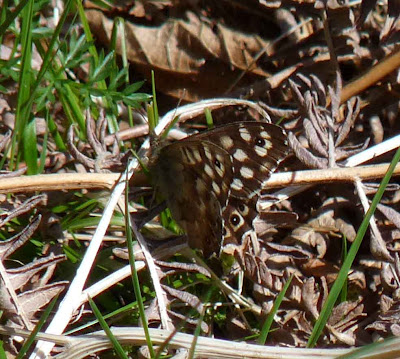 The GN Diver are starting to thin out as the birds head back North but the ones that are left are beautiful Summer plumage beasts. 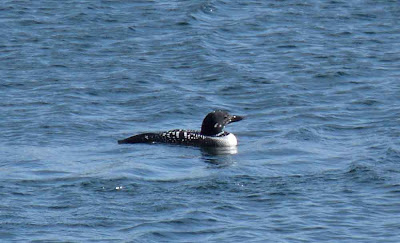 The Whimbrel continue to show well but I've not seen any big numbers of them yet and they are mostly, strangely, quiet!! 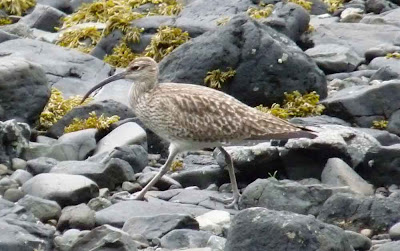 A small number of Twite have been present in certain locations and seem quite settled now. They can still be difficult to find even when they stroll past you. 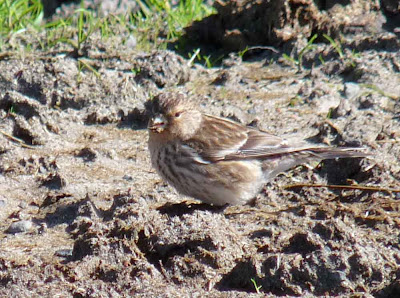 I finally managed to get a photograph  of a Skylark in flight. It's an achievement but it's still to far away and what's with the pose?!! 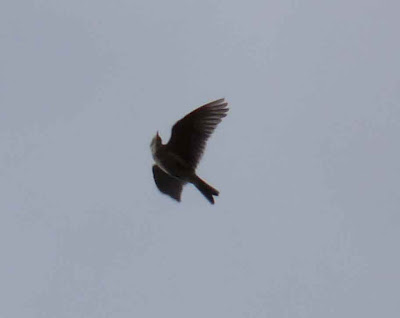 A Whinchat seemed intent on the same thing... 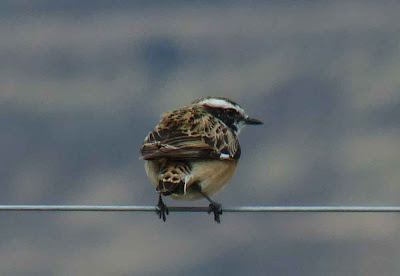 ...they all seem pretty intent on what's over their shoulder.
Posted by Bryan Rains at 08:57