Wednesday was a bit of a grey day so not many photos. After picking the guests up and checking out the GN Divers we headed off around the loch. A mum and cub Otter were located and watched for a while until they hid themselves behind some rocks. The WT Eagles are still sitting on eggs so a view of an adult sitting on the nest was nice to see. It surprisingly quiet out there at the moment as the migrant birds are slow coming through. I've heard reports of Tree Pipit across the island but I can't find any down here at the moment. They'll come in time, I'm sure. I did get a couple of year ticks with a Common Whitethroat and a Whinchat both showing briefly. Our last stop of the day was probably the most productive with the usual selection of shore birds and a nice flock of finches that included 20 Linnet and 10 Twite. Best find of the day for me was this Brent Goose. 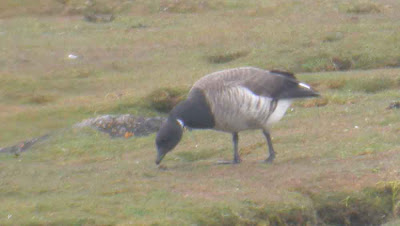 In the evening I finally made the journey up to Calgary to see if the Bee-eaters were still around. When we arrived the wind was howling and the rain was lashing down - not the best conditions so it was no surprise that we didn't connect with the birds and the lone Whimbrel on the beach was no compensation.
Thursday was a much better day with the sun shining and trying to negate the chilly breeze. With the guests on board we headed off in search of the days delights. We didn't even have to look for Mountain Hare as one raced across the road in front of us before we discovered 4 Dunlin amongst the flock of Golden Plover. There was no sign of the Twite today and only four Linnets were found. Our next stop gave up a few of the small birds and was looking pretty quiet when, suddenly, a female Hen Harrier cleared the ridge. Just as we were packing up we picked up a Golden Eagle in the distance but it was soon out of sight. A lone Black Guillemot was found while looking for divers and a Willow Warbler posed briefly nearby. 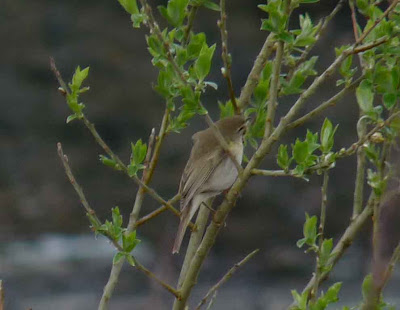 Lunchtime gave us another two Golden Eagles but closer views this time. The birds were up in the air when we arrived and still flying about when we left! 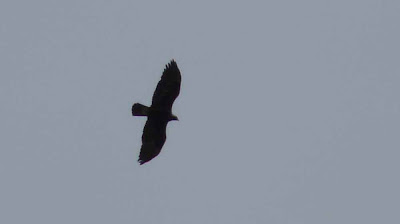 The Dunlin and Ringed Plovers were showing well outside the shop but we couldn't locate the Greenshank that was calling. Just before we got to the small pool where the Greenshank often hide out we found this Snipe sitting pretty. 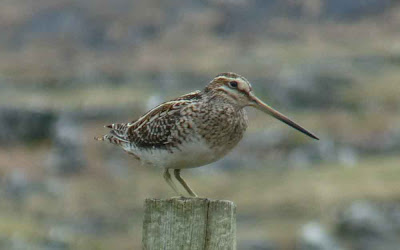 While looking for Otters a juv WT Eagle flew straight past us scattering the gulls and geese. The bird flew out of sight and then reappeared as we pulled over again to watch an Otter. The Otter was fishing in the loch so I grabbed a few snaps of the WT Eagle. 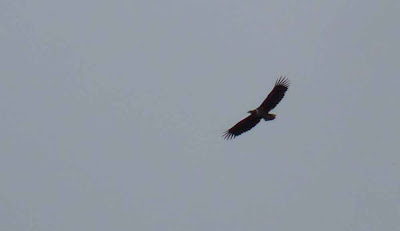 We moved on from there to search for Red Deer which were easy to find and a Cuckoo was located perched up in a tree. A couple of Sparrowhawks were seen being mobbed by a Hooded Crow when we headed back down the road. Both of the adult WT Eagles were present at the nest site and a juv Golden Eagle cruised the ridges. On the run back through we picked up another Otter that was hauled out with a fish. 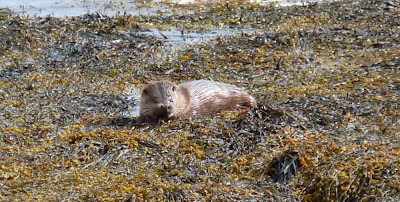 Today was a bit wet this morning with some heavy showers passing through and a lot clearer this afternoon. I had a look through the Dunlin and Ringed Plover to see if there was anything else but with only 10 birds of each it didn't take long. Two WT Eagle and two Golden Eagle were over the ridges in opposite directions but always distant.
Posted by Bryan Rains at 17:25