The WT Eagle sightings are continuing at an obscene rate and I'm sure everyone is getting a bit sick of the photos. Well, I'm afraid, that's tough... 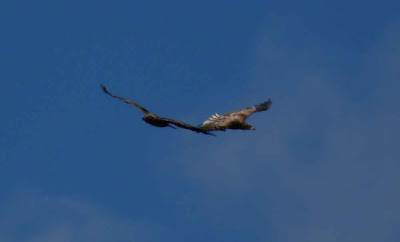 ... those two put in an appearance on Sunday afternoon and I wasn't going to miss out on a photo opportunity. I had the camera in frustration mode, as you can tell, so I was pleased to get the next shot right. 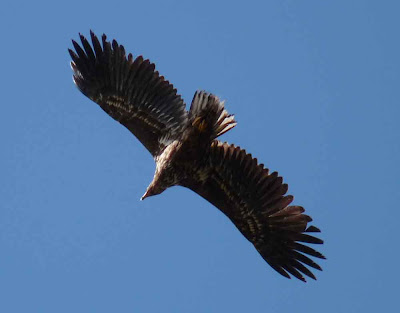 F-stop and PS dragged me, kicking and screaming, around the loch after the above drama and we didn't see a whole lot except this Otter. 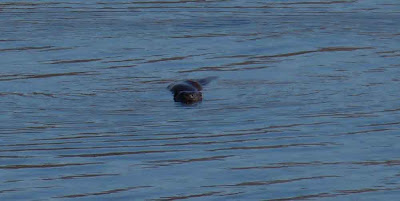 Monday was another day on tour in fair conditions but rain was promised before the end of play. We started off with good views of Ringed Plover displaying and a single Common Sandpiper trying to keep out of their way! We looked for Mountain Hare and it took some doing but we got there eventually with a good haul of birds including Golden Plover, Turnstone, Wheatear, Redshank picked up along the way. We located a Golden Eagle on the way to our next stop where we took in the delights of the singing Willow Warbler, displaying Rock Pipit and the dashing Sand Martins. We headed off from there wondering what was going to come next - nobody would have predicted White-billed Diver but that is what we got. A beast of a bird still in juv plumage but I couldn't get a photo due to nasty, nasty heat haze! Lunchtime was a long wait with nothing to see until the Golden Eagle put in an appearance just as we were packing up to go. A cracking male Wheatear was begging to get it's photo took through a fence so I duly obliged. 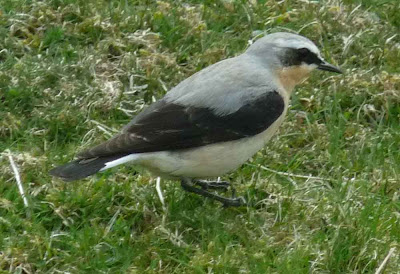 We bagged a couple of WT Eagle flying over the ridge before we finally got sighting of an Otter asleep on the shore. The clouds rolled in as we went in search of another Otter. We did locate one but it managed to sneak off before everyone had a good look so we checked out the local WT Eagle nest before returning to the Otter. This time we found the Otter bringing a fish to shore and enjoyed cracking views while the rain came down. A female Hen Harrier was seen on the return journey with a couple of Whooper Swans adding to the days total.
This morning I saw three very tired looking Whooper Swans in a sheltered bay and when we finally got to the shop we knew why - it was blowing a hoolie! On the way to the shop we had the now expected eagle extravaganza with at least 8 birds flying around. No wing tags were seen on any of the birds in flight but one of four birds that were sitting on the shore had green tags with the letter O - another East coast bird from last year. I've tried to keep my eyes closed for the rest of today but I have one more big bird photo show before I sign off....nanoo, nanoo 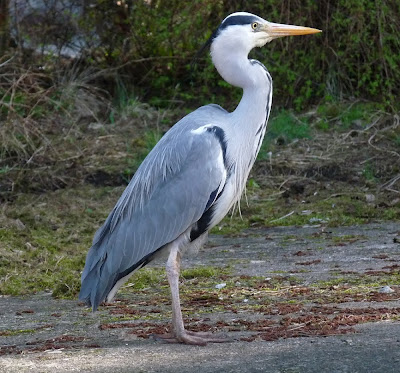