Friday night I missed the sunset so I got a late shot that has been brightened up - still pretty cool though. 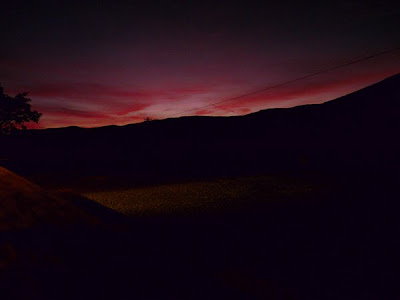 We had a family visit on Saturday and the weather was just perfect for it. The sun coming up in the morning showed the new Autumn colours off perfectly. 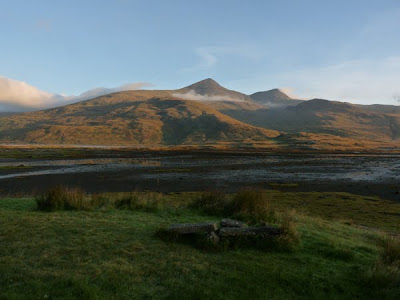 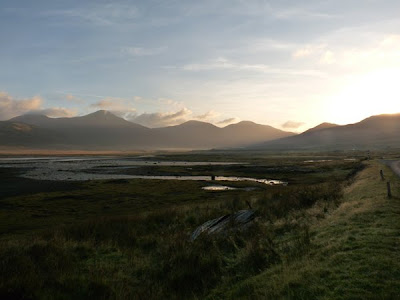 We did the tourist thing from the ferry terminal and headed for the railway to get a ride along to Torosay Castle. It's certainly a pleasant journey along the coast to the castle. A visit to the tea room to set ourselves up for a walk around the gardens produced a few of the expected birds with Chaffinch, Blackbird, Robin and House Sparrow. It wasn't hard to entice them in with a few crumbs of cake. 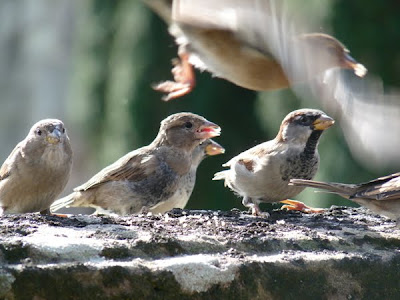 After they had cleaned up the crumbs I looked over my shoulder to see a bird coming in at speed - Sparrowhawk! It landed, briefly, and left empty handed. A wander round the gardens produced quite a few Peacock butterflies but not much else but it's a stunning place. 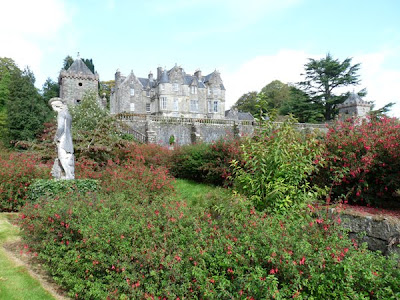 Lunch was taken at Salen before heading round the scenic route. Another Sparrowhawk flashed by as we were viewing Aros Castle and then yet another was seen as we arrived at Loch na Keal - this last one with a small bird in it's talons. A spectacular drive eventually brought us to home base where we had a cuppa at the shop while I busied myself with checking the ridges. A view of a Golden Eagle through the bins had me digging the scope out but it had dropped out of sight. It had to come back up at some point and when it did it had 2 more Goldies with it - superb! We watched them wheel around and then head off with a purpose before disappearing behind Ben More. I scanned for them returning with no luck. Another bird cleared the ridge in a different location and it was heading straight for us, flapping hard at times. It was another Golden Eagle but real close this time - stunning views as it went overhead but no camera! We headed off through Glen More back to the ferry to say farewell to the family before driving back home. A female Hen Harrier was hunting the side of the road as we went back through.
Sunday was another settled weather day and it looks to be staying that way for the rest of the week. Now is the time for recording those last sightings of the Summer migrants up here. The Swallows are getting thin on the ground, House Martins are virtually gone, Northern Wheatear gives the occasional sighting and down South you can't move for these birds! I watched the F1 and caught up with the football today before doing any birding and even then it was only from the doorstep! Two Golden Eagle sitting on the ridge, the waders out front included 23 Golden Plover, 2 Knot, 4 Greenshank, 4 Turnstone, 6 Dunlin, 10 Ringed Plover along with the ever present Curlew, Redshank and Oystercatcher. One wader was well away from all the rest so it merited a closer look..... 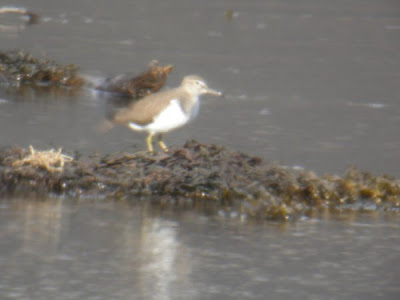 ....a Common Sandpiper - not a common sight in September at all! There was also a lone Northern Wheatear and 4 RB Merganser on show.
Posted by Bryan Rains at 18:30