The weather wasn't that clever on Saturday, a stiff breeze and rain! It certainly curbed the camera action a bit but the sightings were good. We started well with three SE Owl and a WT Eagle before moving on to some serious Hen Harrier action. I managed to catch a food pass with the camera. The male and female came together... 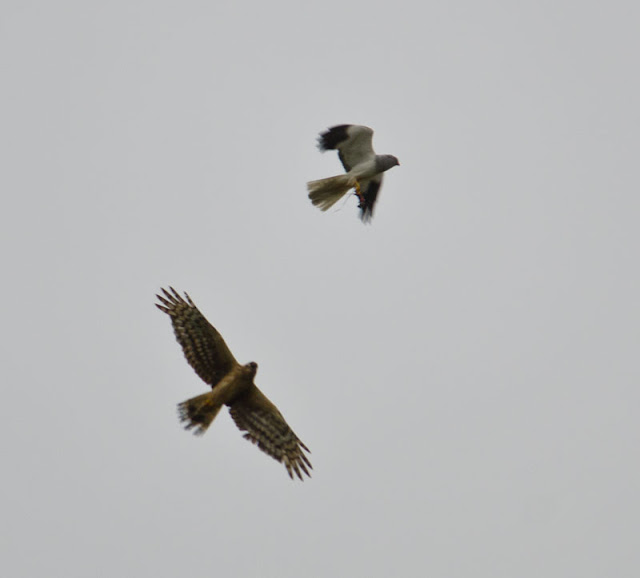 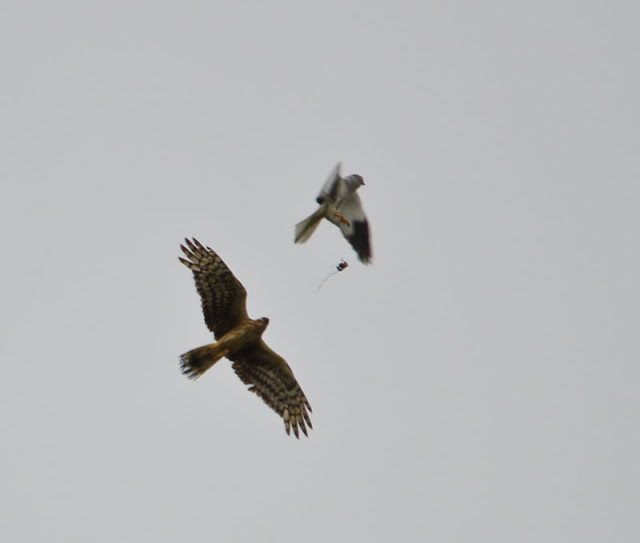 ...and the female catches it. Typical that the last shot was blurred! 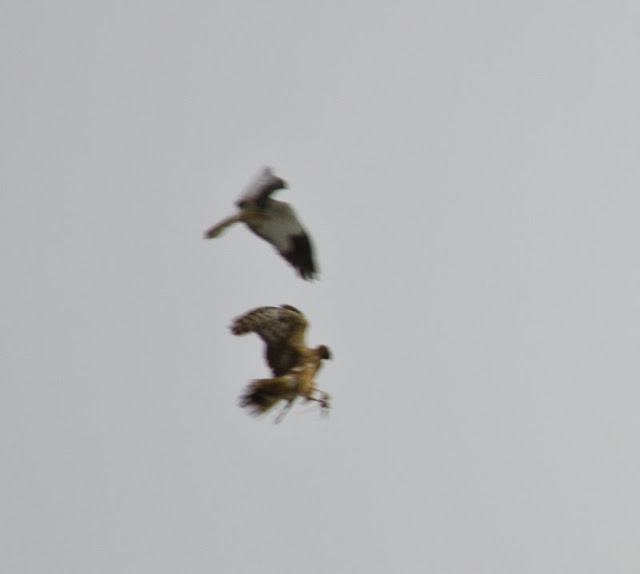 Other highlights on the day were Wood Warbler, RT Diver and Adders in the rain.
Sunday there was a return to fine weather. On the way to pick up the last of the guests we bagged some stunning views of SE Owl and two Otters. A swift return to the second Otter paid off as we found the beast lurking in the seaweed. 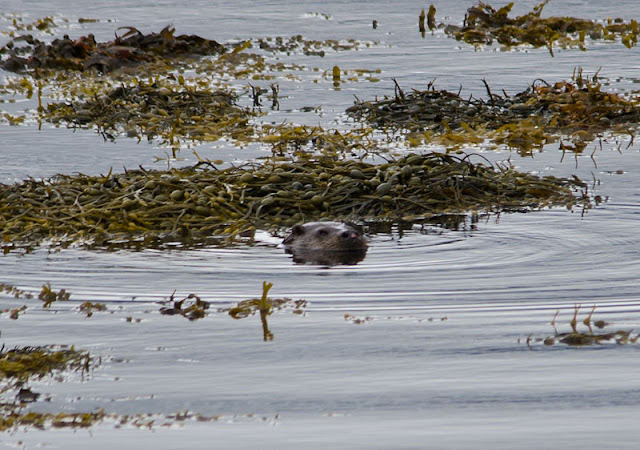 It wasn't too long before it was fishing in open water showing well. More SE Owl action before we had the star attraction of a female Hen Harrier. 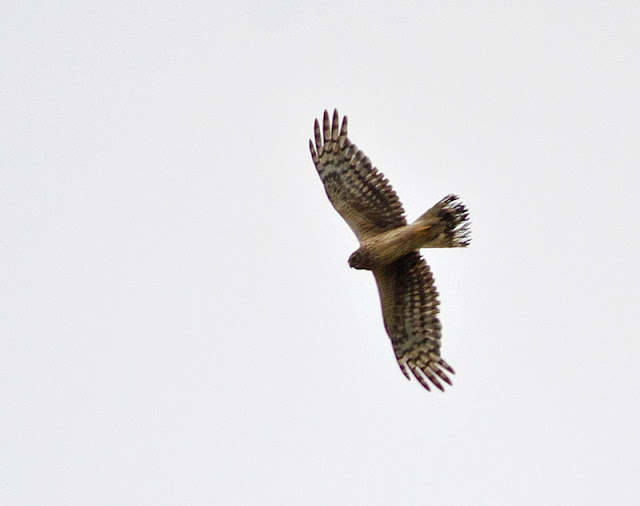 A bit of a wait for two Golden Eagle was worthwhile. Cracking views of two WT Eagle one of which flew off with it's lunch. 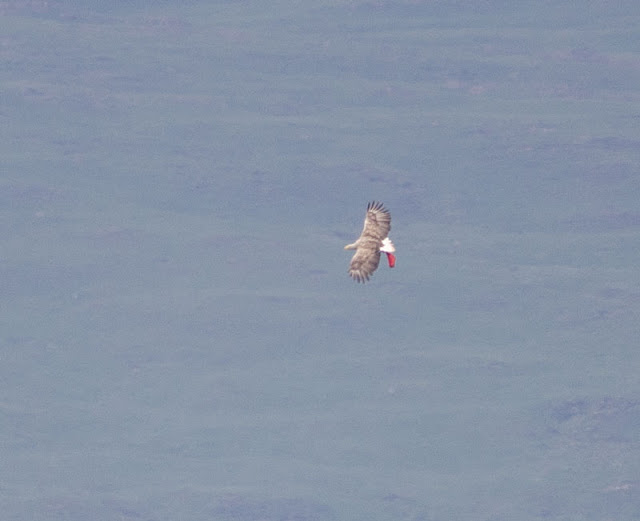 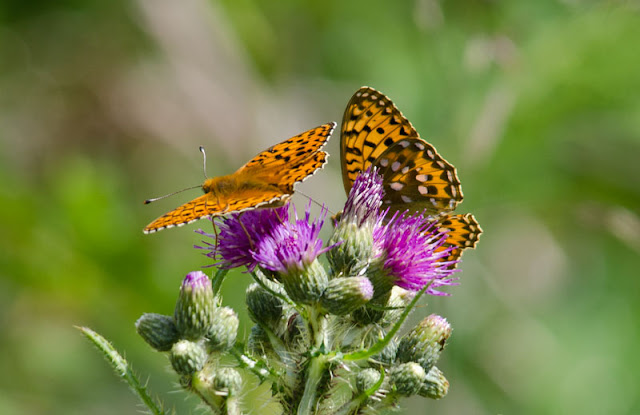 We finished the day with stunning views of Mountain Hare. 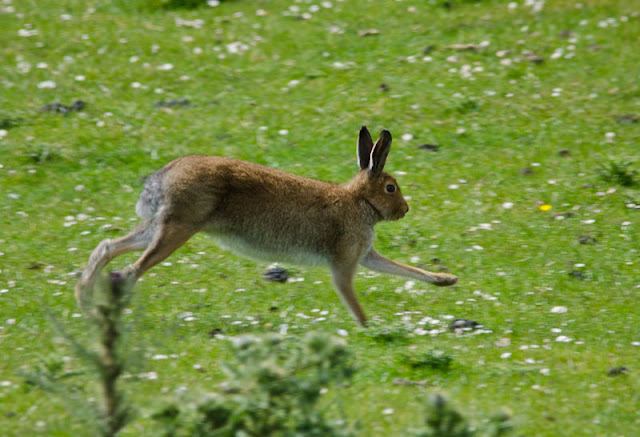