Friday we had fine weather and some truly awesome encounters. We started the day looking for Red-throated Diver and drew a blank but, just as we were about to leave, the shore birds started alarm calling. A quick turn of the head and there was the cause of the alarm - a WT Eagle. The eagle was being pursued by a Common Buzzard who wasn't afraid to attack! Naturally the WT Eagle gave it's best defence and showed it's talons to the smaller bird. 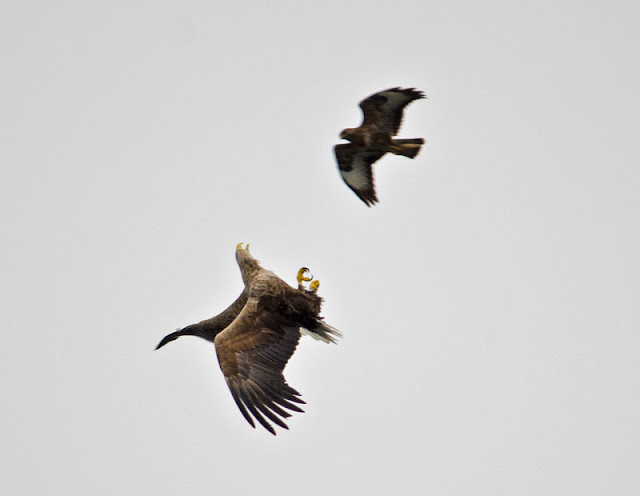 Anyone who has been to the RSPB Eagle viewing or reads their WT Eagle blog will know the birds they are viewing this year are named Fingal (male) and Iona (female). Fingal was tagged Blue 9 when he was brought in from Norway in 1997 and can now only be identified by the remnant of his tag under the left wing. 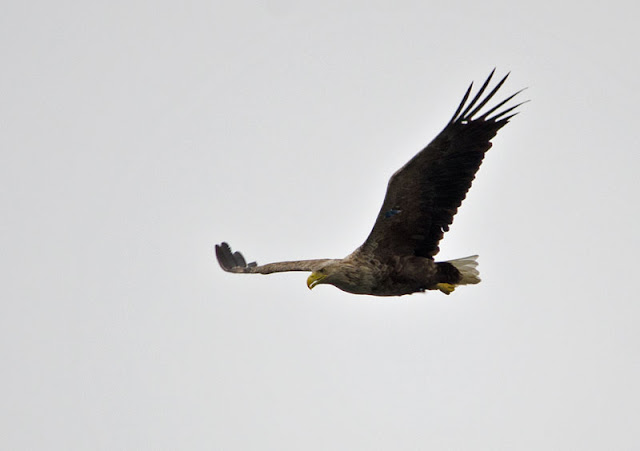 WT and Golden Eagles were bagged before heading for Short-eared Owl. They performed well after showing distantly but numerous Hen Harriers kept us amused while we waited for a close Shortie. 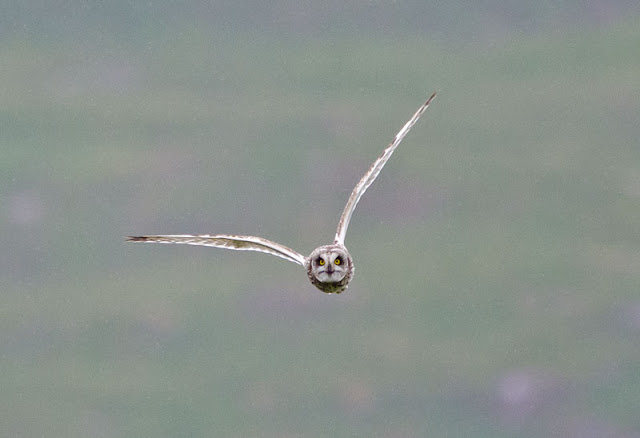 More Hen Harriers at lunch where we expected to see a food pass between these two birds but it seems the wrong female came to meet this male who wouldn't give up the food! 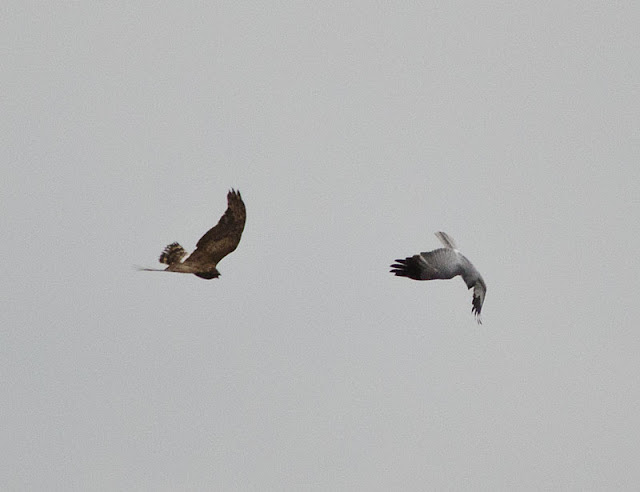 While one male harrier disappeared another gave us a stunning fly by. 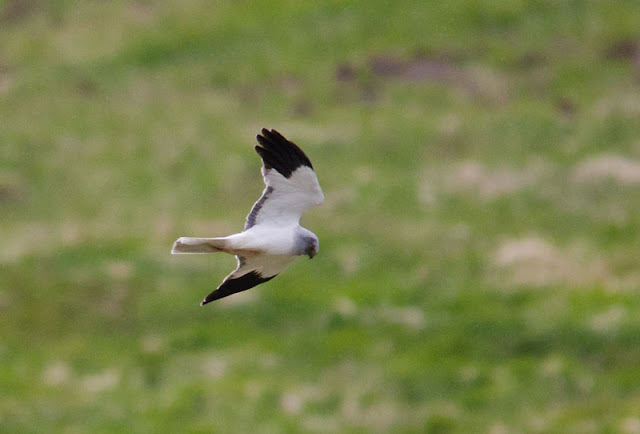 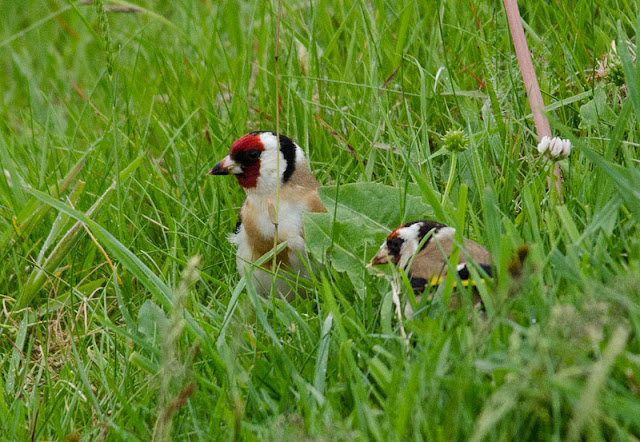 ...before going for the Adders (five), a Slow Worm and yet another Hen Harrier. As we had done so well through the day there was no disappointment when we missed out on Mountain Hare but I did manage a decent shot of a Curlew. 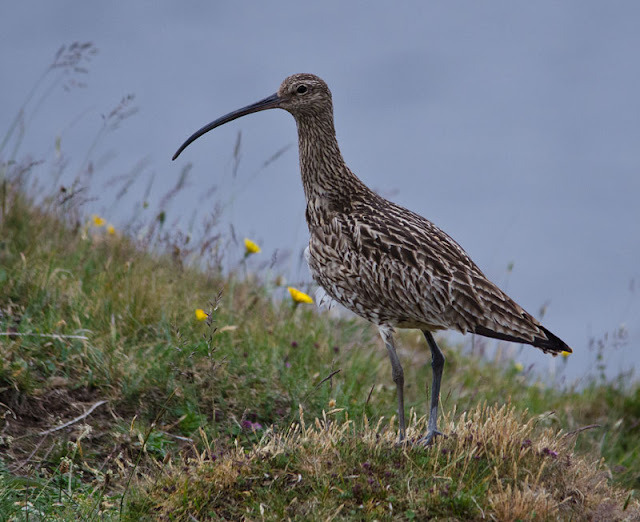