Another day of reasonable weather had the camera back in action. There are plenty of Stonechats bobbing about so they seem to be coping well. 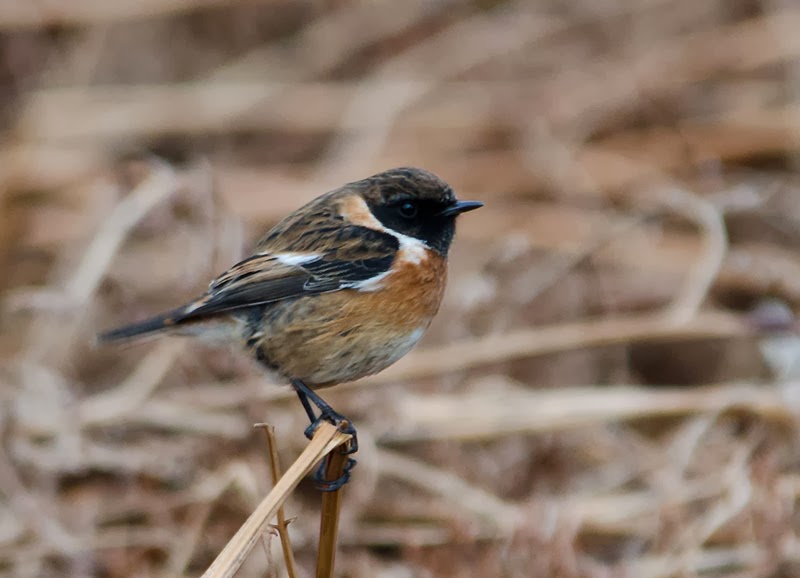 This Buzzard was feeding on worms in the field but it moved into the tree as I pulled up... 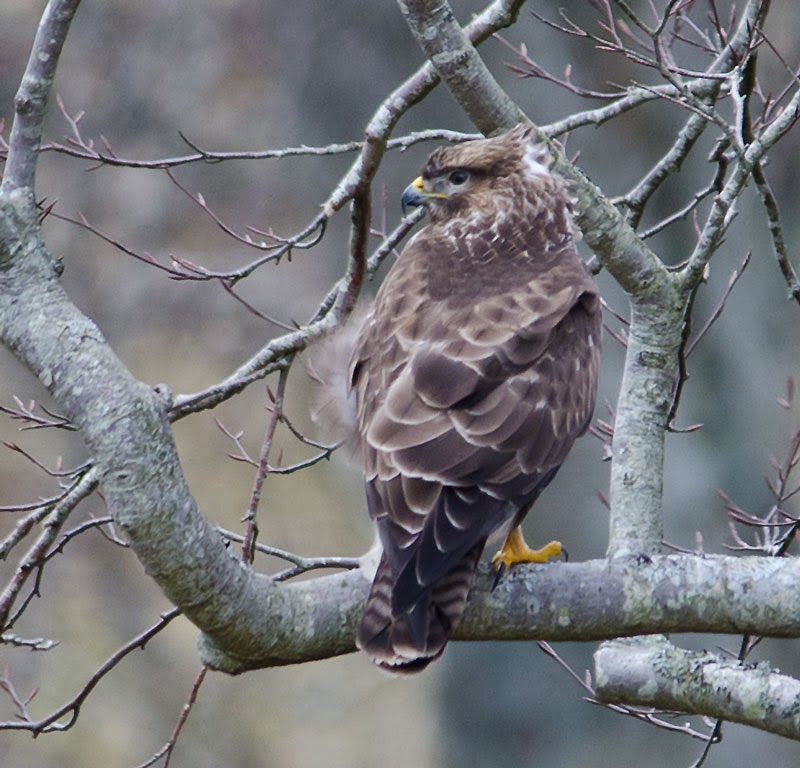 ...but there was a closer one a bit further along the road. 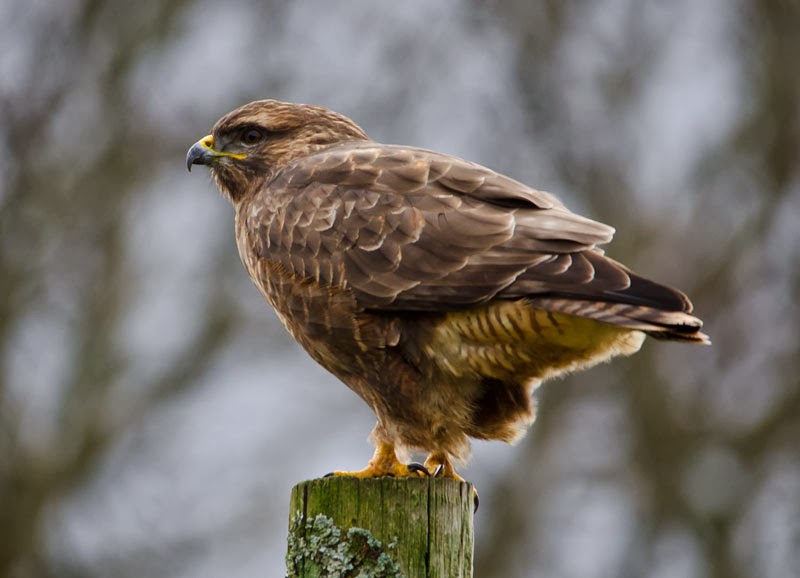 I saw this WT Eagle just above the trees in front of me but it was heading away so I made haste along the road to get in front - a bit distant but it was worth it. 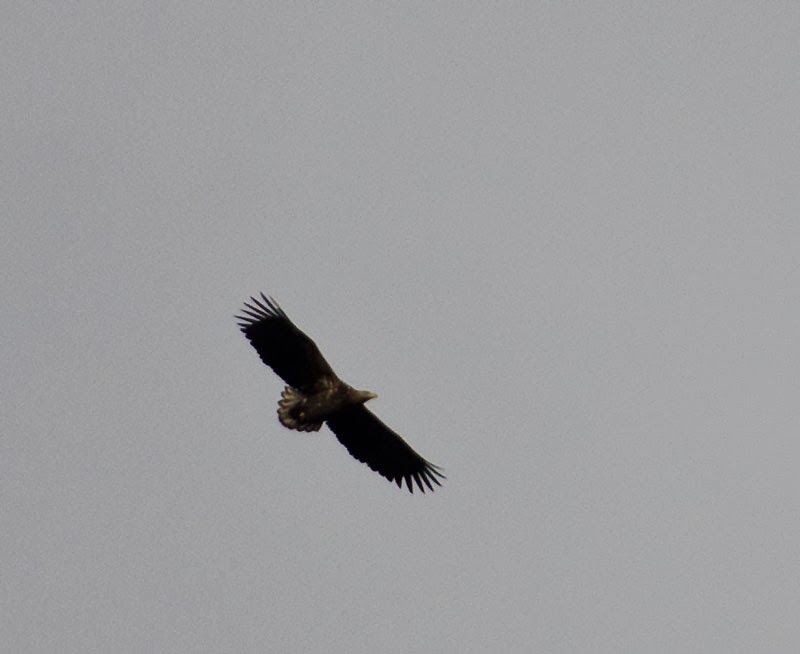 This female Red-breasted Merganser surfaced with a fish which the male bird tried to steal - he was too slow! 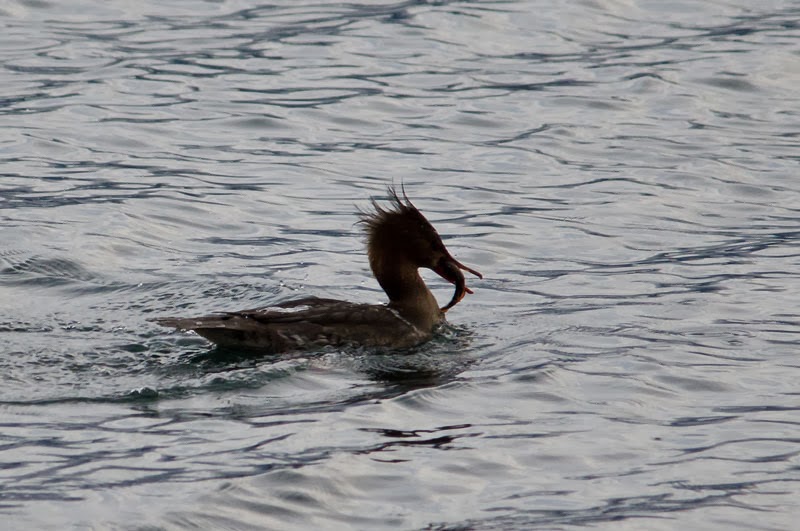 The local Hen Harriers have been sighted fairly regular but it's usually the females that you see. This male bird flew in front of the motor and headed off at quite a lick. 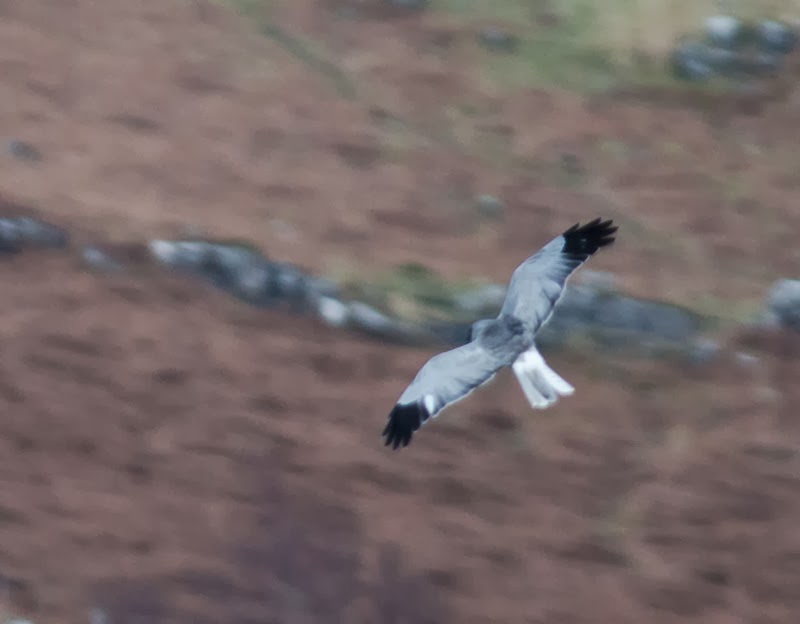 I stopped to check the shore for waders and I was pleased to find this Peregrine just sitting on the grass (didn't get one on the patch last year). 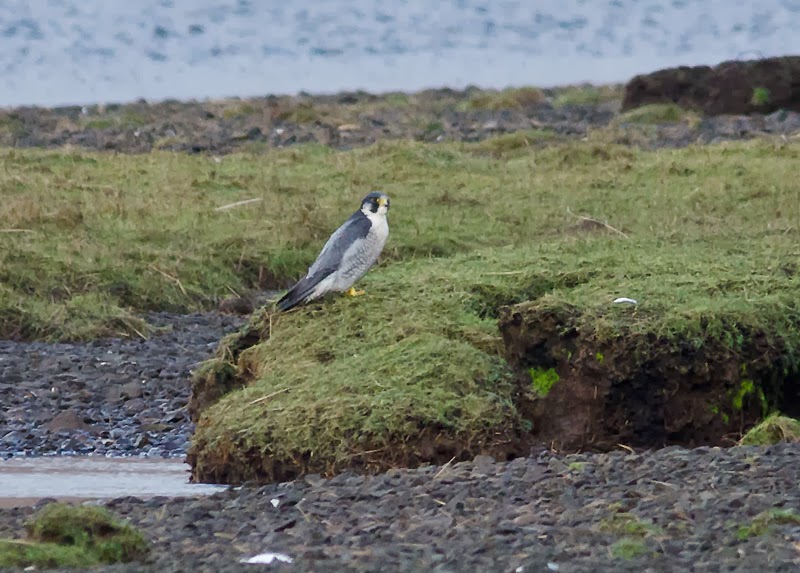 Another patch tick was this Wren - I've seen plenty of them but this was the first on the patch. 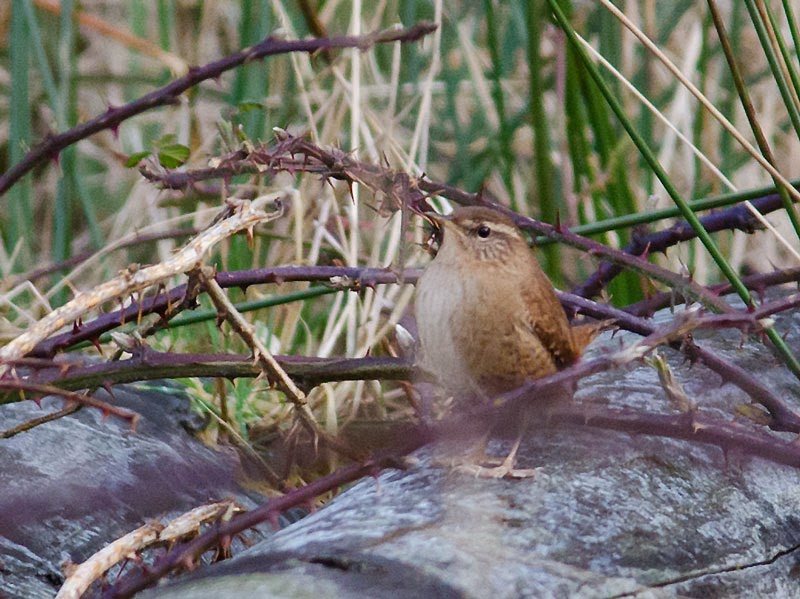 A nice surprise at the end of the day as this Golden Eagle appeared over the house when I got back! 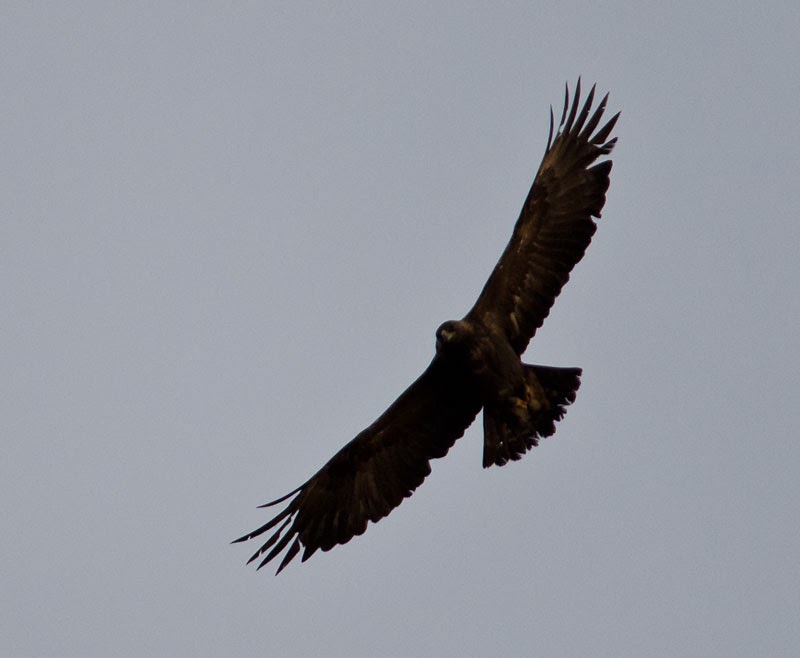 So the Patchwork Challenge stands at 61 species and 77 points - better than last year despite a wet month.
Posted by Bryan Rains at 19:09