Another day with a bit of sunshine produced a couple of good sightings. Two birds fishing at the mouth of a river turned out to be a couple of Goosander. 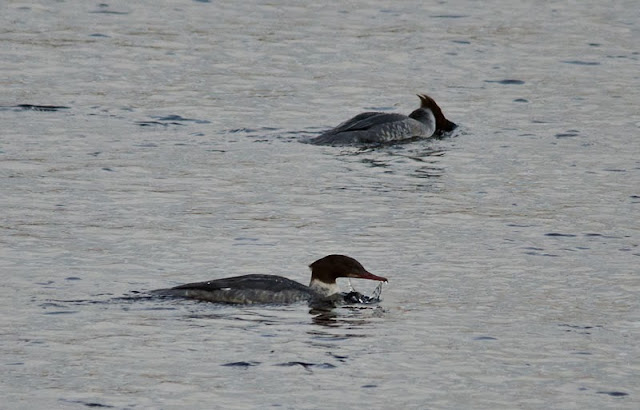 There were plenty of Red Deer to be seen on the hills some of which were still in their breeding groups.

With the sun shining I thought it might be worth looking for the Adder - still out there but a bit sluggish now. I hope it survives the winter. 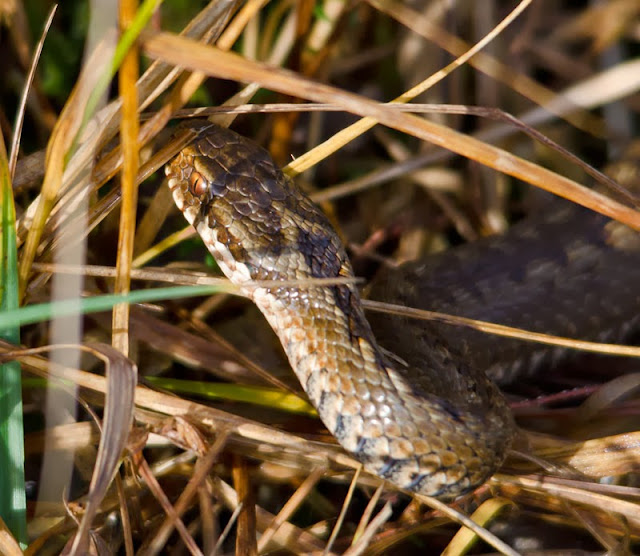 A Red Deer stag trotting by was nice to see. 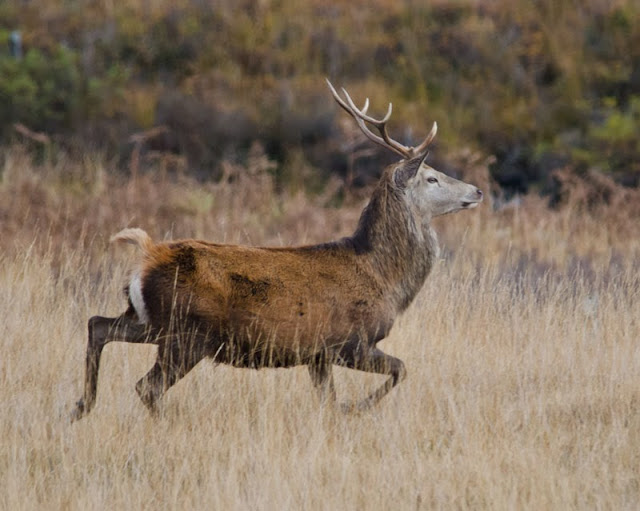 I stopped to check out something in the sea (a Common Seal) when I saw this Buzzard just coming in to land. It's surprising the size of the branches they will land on though. 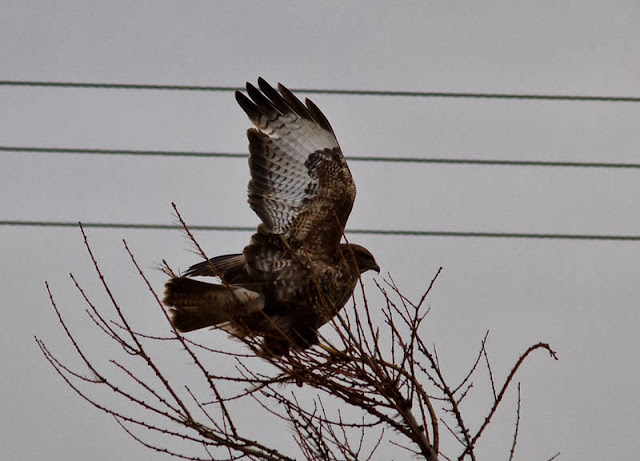 I stopped for lunch and was seeing very little but just when I was going to move on I saw this disappearing over the rocks. 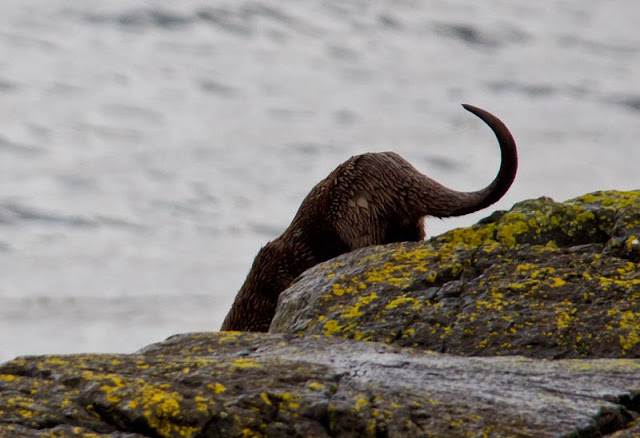 The Otter was keen to roll around on the seaweed... 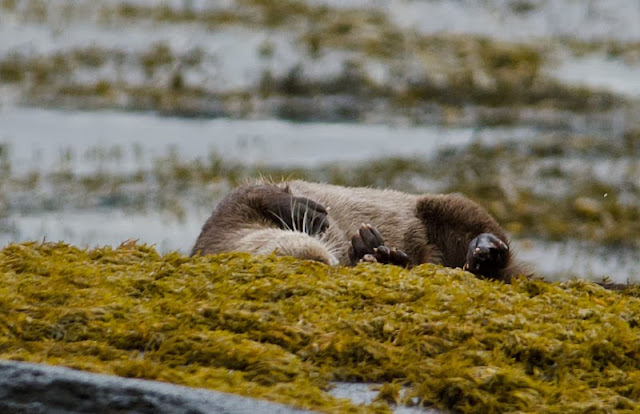 ...before heading into the water. 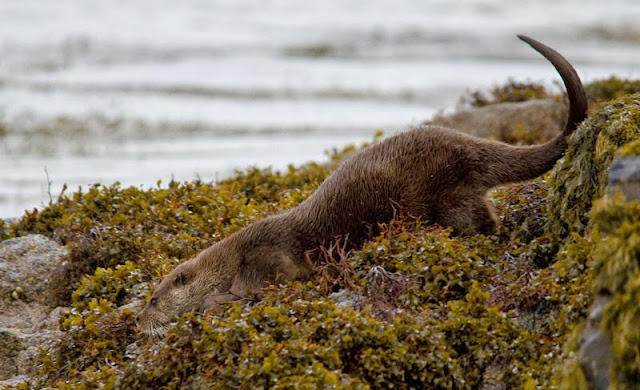 He headed for land again for another clean up while watching the traffic go by - a nice way to finish my lunch! 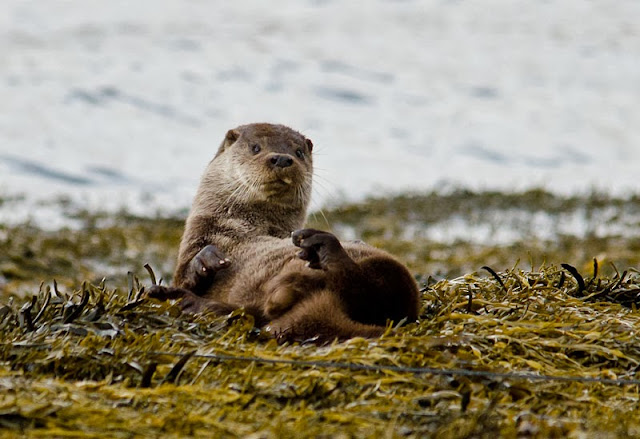 Lovely - I saw my reliable adder on Friday and she was very dozy....could barely lift her head to taste me. I'm hoping she's tucked up this week but I will check again if the sun is right.....

Kev - That was my latest sighting by about a month up here but the weather has been good. I've been back since and there is no sign of them now.

Peter - thanks for looking in. I'm sure there a plenty of thing for me to be jealous of in your neck of the woods too. I certainly miss some of the wildlife back in Northumberland.