A pair of Common Crossbill have been showing well over the last few days with the best views on the shore while getting a drink. The male is a good looking fellow... 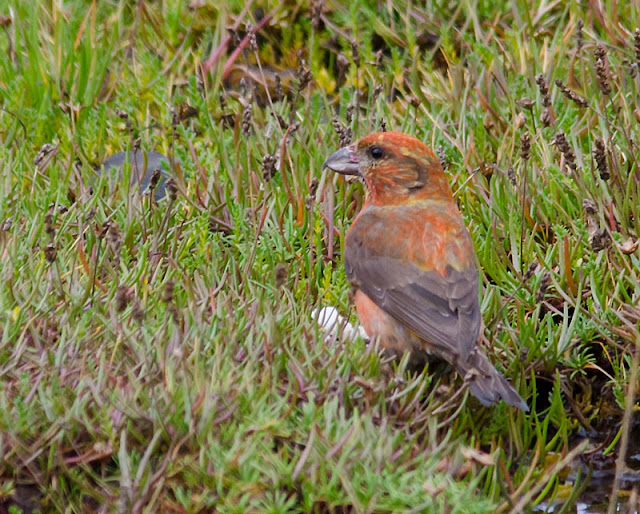 ...and the female can be a bit more difficult to spot. 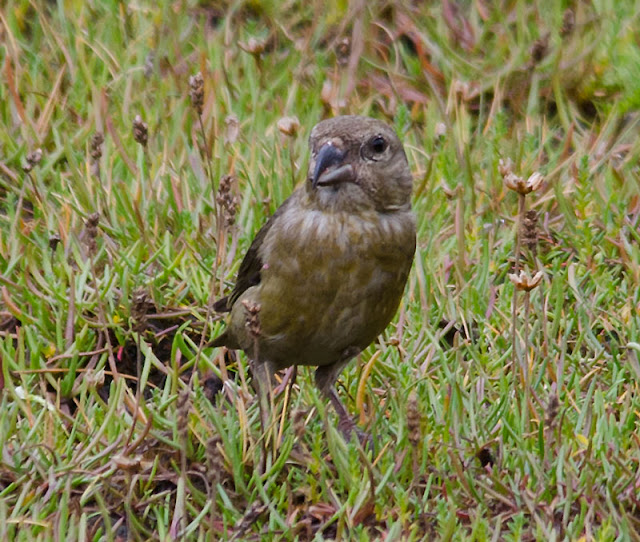 Most of the time they are seen flying over the trees or perched close to each other at the top of the conifers. 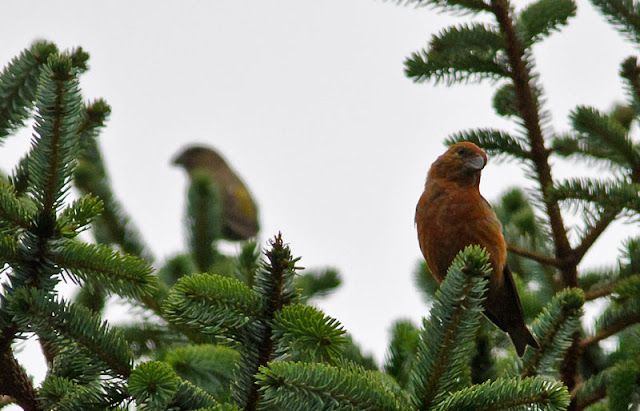 The tour that these photos were taken was a bit of a scruffy day with drizzly rain and a bit of a wind blowing too. The first bit of excitement for the day was when I spotted an Otter racing over the top of the rocks and out of sight. We waited for the beast to reappear but it never happened - such is life. We moved on to another location and found an Otter in open water, fishing, but moving away from us. We watched that one until it was lost to sight in the choppy water. The rain didn't seem to want to stop but we got a lucky break in the weather as we headed for lunch. One of the guests picked up a Golden Eagle in flight but it dropped out of sight. Lunch was broken out and the Goldie did the right thing and put on a great performance for us. 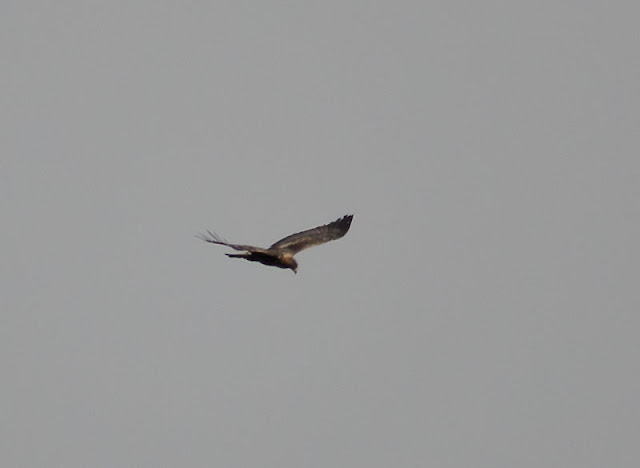 As the rain came back in the Golden Eagle drifted off only to be mobbed by a Hen Harrier. The usual array of waders were seen but it was one of those days where you had to dig everything out. A couple of Raven were watching as we searched for and found Mountain Hare. 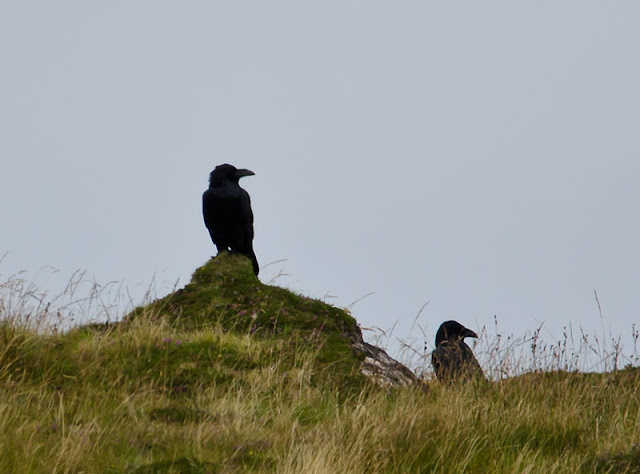 A few Red Deer had been seen through the day but an impressive stag was great to see at the end of the day. 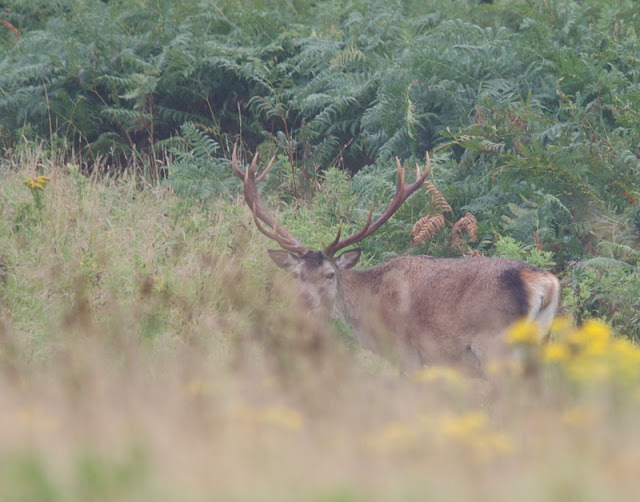