Is it Spring yet?

Friday was a nice clear day with the odd flurry of snow here and there but it was blowing a hoolie. I did make the effort to go out and didn't get any photos. The best of the day was a WT Eagle that was sitting on a point of land but it flew off just as I got into range. I watched it fly across the other side of the loch trying to read the tags but the light was against me. Just as I was about to let it go another WT sailed into the view. I watched them wheel around and they were joined by another two birds! So another 4 birds together but at least one of them was a different bird to the four that were outside the shop. I did try to follow the birds up but as they can cross the loch in about 30 seconds it took me 20 minutes to drive round to where I'd last seen them. I did pick up 9 Goosander, 1 BT Diver and a couple of GN Diver on the trip round though:-)
I was surprised to find there had been a covering of snow overnight when I surfaced this morning but it didn't take too long to melt away. The view was nice though. 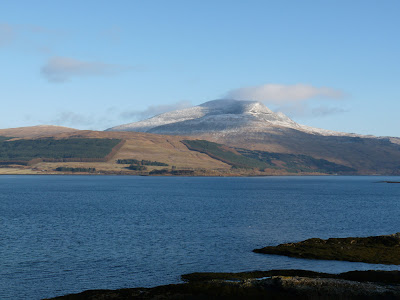 I picked up 2 Golden Eagle sitting together on a distant ridge just after taking this photo. The wind had dropped from the previous day but it's still cold to stand in the teeth of it. I headed off to see if I could get better views of the eagles picking up five Goosander and this GBB Gull. 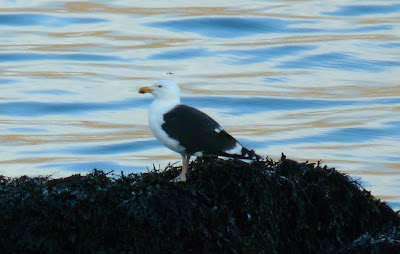 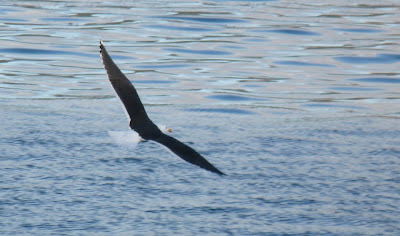 Naturally one of the eagles had flown off before I got anywhere near the right spot and the other bird was just sitting enjoying the view. You can't win 'em all. I turned my attention to the corvids that were bouncing around on the hillside. Most of them were Hoodies just squabbling amongst themselves but the two Ravens sitting side by side were loving it up in the sunshine.

A Red Deer was a bit closer and was doing it's best to munch it's way through the landscape. 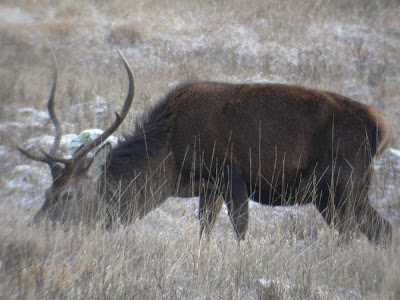 It was time to move into the sunshine and search for a few things that might be feeling the benefit of the longer days and some heat. The Snowdrops have been about for a couple of weeks now and the Hazel catkins are dangling from the branches but it was nice to find a few that have opened already. 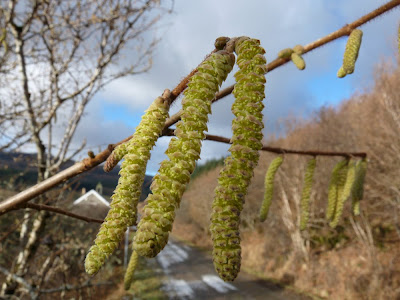 The moss clinging to the trees looked good in the sunlight too. 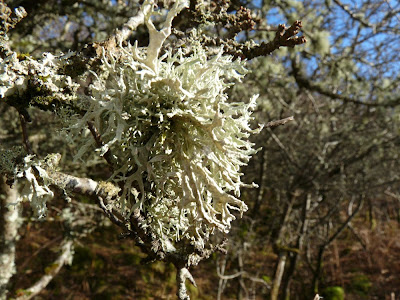 A large pale billed diver had me all excited for a couple of seconds. I hauled in and jumped out of the motor scrambling for the scope and then watched as the bird turned and the light changed you could see it was just a Great Northern Diver -  a cracking bird all the same. 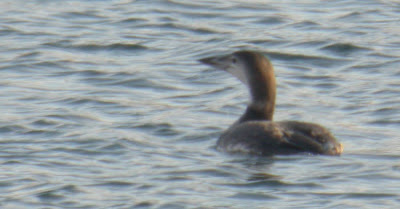 A male Crossbill was singing it's heart out while I was trying to get a decent shot of the diver so I had to have a look. I couldn't see the male bird but I did find a female bird and they both flew off just as I was setting up for a photo! I had a scan across the water to see if there were any Razorbills or Guillemots. Nothing doing there but RT Diver and BT Diver were nice to see. Another plant that is just starting to break through is Butterwort. 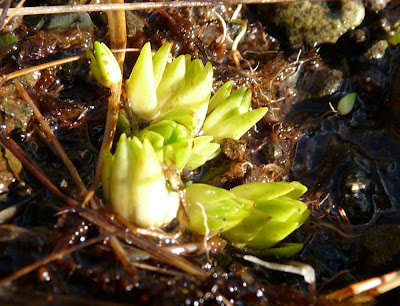 It was time to head for home again so I could get this post done before heading off for the Toon match. I did stumble across another Goosander on the way back but it wasn't really worth the effort! 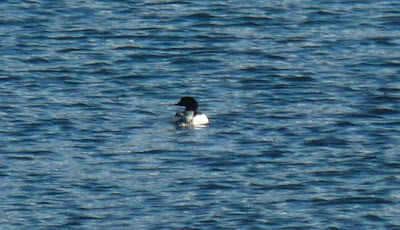 It was snowing just as I was finishing this off so I've dashed outside to take a couple of photos of the shower heading up the glen and the sunshine following behind. It might not be Spring just yet;-) 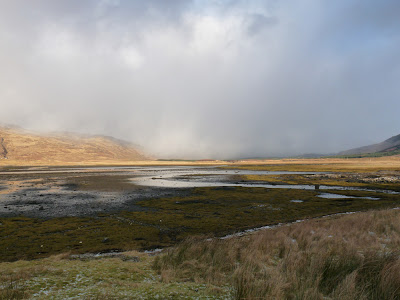 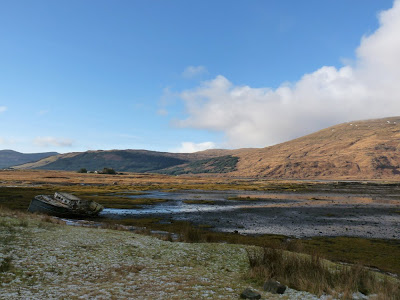 Aye, there will be bit more snow yet, Stewart!

Not down here yet either. But a few birds chancing a song or two. Wont be long.