A trip to Speyside is always a treat so four of us, Shop Lady, f-stop, PS and myself, packed our bags and strode forth into a winter wonderland on Thursday morning. We set off in the dark and soon had Red Deer and Woodcock on the list to start us off. A ferry ride to the mainland saw us on the road properly and our first off island birds were Black Gulliemot just coming into Summer dress. We stopped at the head of Laggan Loch on the way through and caught sight of a few Siskins. The snow was still piled high at the side of the road and a covering on the road in places - what's it going to be like when we get there?! First stop was at the Glen More Cafe for a chance at Crested Tit and Red Squirrel. The place was frozen out with very little activity apart from Coal Tits. I could hear a Crested Tit calling but it wasn't on show apart from a brief sighting by PS. We got into the cafe and settled down with a cuppa and no sooner had we sat down and a Sparrowhawk came shooting through and scared everything off. We eventually got a Red Squirrel at the feeders but no sign of the Crested Tit. 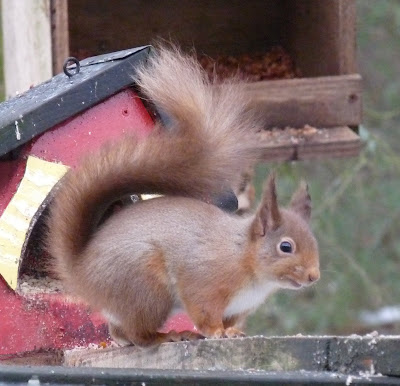 We headed off to Loch Garten to see if we could improve things as the road to Cairngorm was closed. On the way we picked up a few Goldeneye on the River Spey with a single Tufted Duck and a few Roe Deer too. There wasn't much greenery on show along the way apart from the conifers, the Birch trees had bent over under the weight of the snow and frozen in place - it was some sight, I can tell you! The River Spey was the only water that we saw that wasn't frozen as you can see from the shot of Loch Garten. 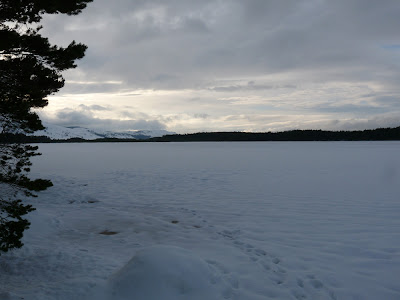 We headed for the feeders at Garten with the woodland sounding dead. As we approached the feeders the birds started to appear, again lots of Coal Tit and Chaffinch but more importantly we could hear Crested Tits calling. We settled down near the feeders and waited. The Cresties sounded like they were getting closer by the second and it wasn't too long before we had one in our sights. In and out in a flash but at least we'd all got a view this time. Another ten minutes or so and one was on the feeders showing well! 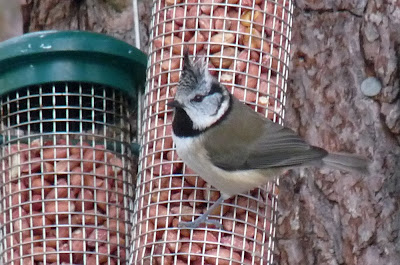 The birds headed off and didn't seem keen to come back to the feeders despite showing in the trees around us. We decided to move on and return on another day. Lecht ski centre was the next target venue but as we turned up the road to Tomintoul the sign was up to say the road was closed. We drove towards Tomintoul to see how bad the road was and managed to get Pheasant and Red-legged Partridge on the way. The road was pretty poor after a couple of miles so we turned and headed for the river Spey for a scenic shot. 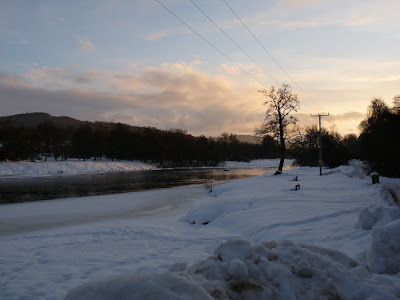 We arrived at the Grant Arms Hotel quite pleased with the days haul as the sky was turning black. It was certainly a winter wonderland in Grantown on Spey with the Christmas lights still up as they were frozen in! Dinner, bed and breakfast in this place was just fantastic and the rooms were superb too. Full of food we headed for bed wondering what tomorrow would bring. 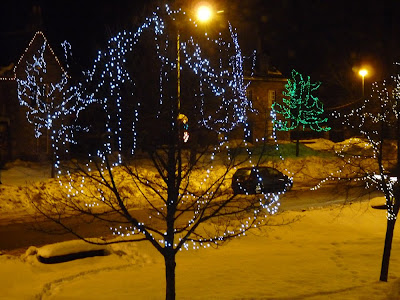 dammit - i went to Loch Garten a few days earlier and there was too much snow to get to the feeders. A couple of shots on my blog. Needless to say i went crestie deficient.

What can I say, just fantastic. I love the Scottish Highlands the Birding on the Coast and off along the West Coast. I am hoping to go back this year.

Thank you for wetting my apatite.