A quick post today to keep my hand in. I'm not sure when the next one will be as I am entertaining family for the week and they are enough wildlife for anyone!
Thursday was the regular sort of day with all the 'biggies' seen in fairly regular places. Thursday evening I had a check on the Mountain Hares as there has been a fair bit of disturbance in the area from the folk on holiday (obviously not intentional disturbance). The folk wandering around has no real effect on the Hares it just gets them to move a bit further away from the easy to view places. Anyway, Thursday night was heaving with them - a group of five, three more in the opposite direction, a pair of ears in the distance and a few singles too. Not bad for not looking too hard! I scanned one of the beaches and found a few Dunlin and a single Ringed Plover. The RP's are a pain as they are a more nervous bird so there was little chance of getting close to the Dunlin. I waited a while but the sun was dropping and the light was going. I started to head back and found this Dunlin on it's own. I sat down and waited to see how close he would come and enjoyed the experience of being that close to one of my favourite waders. 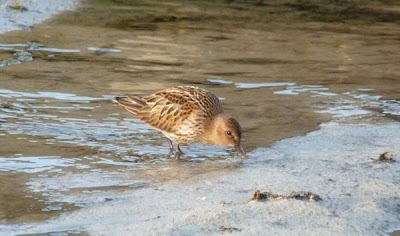 I had to wait for him to move off before I headed back. On return to the motor there was a small flock of Skylark grubbing about with a few Linnets in tow too. Just to be fair I took a shot of the Skylark too. 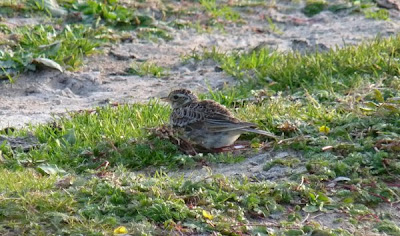 The best chance of photographing the Hares was taken away almost immediately. As usual these opportunities present themselves in awkward places. I was in between passing places with a car approaching so I had to reverse back to the Hares which were immediately on the alert. 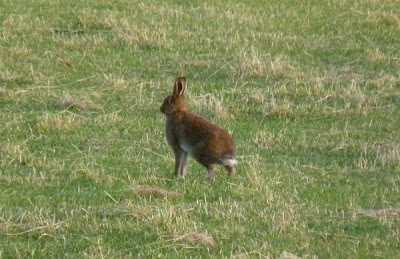 They carried on with the stop, start, "what do we do now?" thing but again it's great to watch. Friday was a day of rest as I was driving down to Newcastle to pick the kids up for their holiday on the island. A very uneventful trip was had with most of it in the dark and my best bit of wildlife was a few rabbits. Totally done in on Saturday so not much wildlife to report other than this Swift that put in an appearance for about 15 minutes - cracking!! 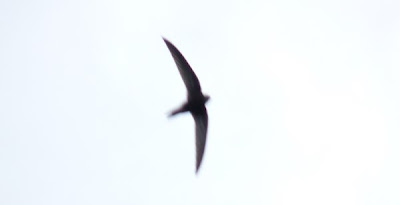 How will we all manage without a blog for a week! Hope you have a very good week with the family.

I have started my own blog not a patch on yours but will have a bash at some photos etc. See what you think.