Wednesday saw me and the family heading for Iona. A cracking day weatherwise but not much to report on the wildlife front apart from a single Sanderling that flew past and three Dunlin that did the same.
Thursday was another sunny day and another beach to keep the kids amused. How much trouble can they get into on a beach? Loads! The nasty red Jellyfish were abundant on the beach and each one had to be searched out and examined in detail. 'Here's another one of those stinging jellyfish' was the frequent cry. 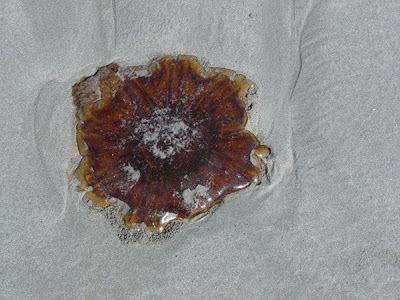 We picked a spot and buried most of these jellies with sand which the kids proceeded to walk over to see if it was safe - mental or what? The Moon Jellyfish they weren't interested in at all. 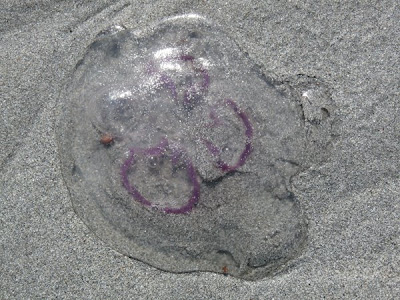 Again there was the odd fly by wader with 5 Dunlin nearly being taken out by the lines on the kite we were flying. A few flowers were noted on the walk down to the beach with some Purple Loosetrife still in good nick and Grass of Parnassus in flower here too. 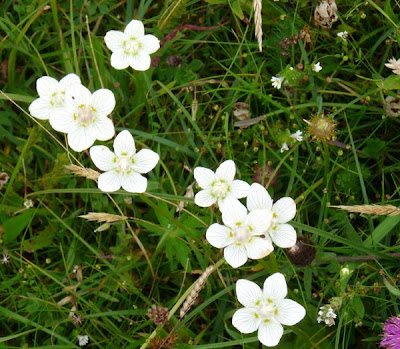 One of those Cow Parsley type flowers had gone to seed to produce what looked like a different flower from a distance - pretty all the same. 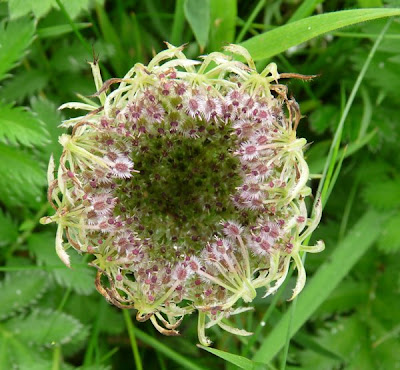 On arrival back to base the heavens opened to give everything a wash down before clearing for a decent sunset with the tide in for an added extra. 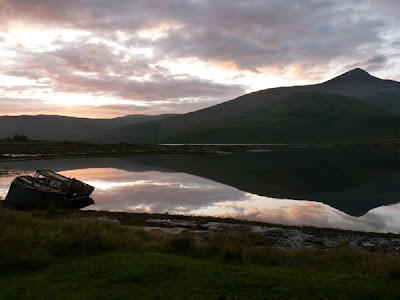 Today is the last day of the holiday and another cracker. It started with a bang when a wheel came off a trailer as it was passing and demolished the sign for the hotel next door! I'd just been outside checking the waders on Loch Beg which produced a total of 8 Greenshank, 30 Dunlin, 45 Golden Plover, 26 Curlew but only 2 Redshank. We headed off for a walk on a forestry track just to keep the youngsters amused and it produced quite a few insects for the day. The butterfly photos were a challenge as the kids wanted to get as close as possible but I still managed a decent Painted Lady. 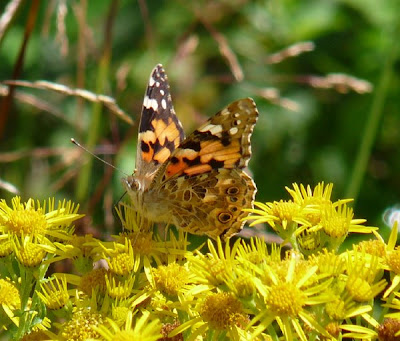 Peacocks were abundant along the track. 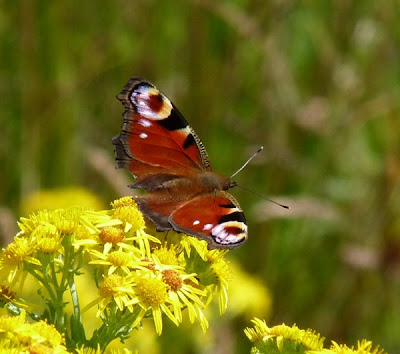 The odd Scotch Argus was flying around so I kept this one quiet till I'd got a photo. 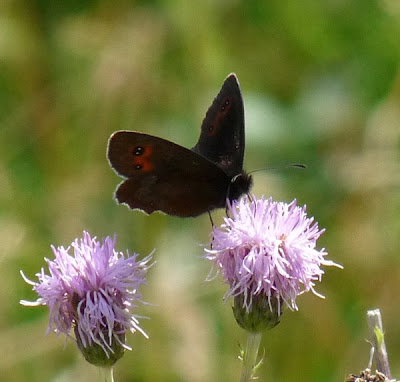 A few Speckled Wood were loathe to settle at all and the one opportunity that presented itself was about 2 minutes after my battery had went flat! Dragons were out in force too and the highlight was a Common Hawker that chose an odd place to land - on someones head! 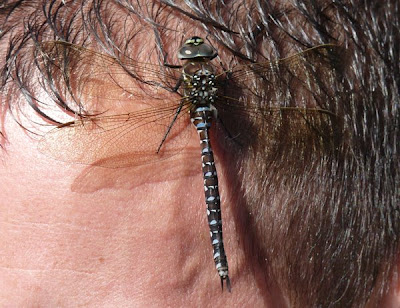 With a fresh battery in the camera and a change of location we were off up another forestry track. We located an Adder almost straight away but naturally the youngsters exuberance got the better of them and it was gone in a flash. While wandering about to see if we could locate another Adder I felt something pressing against my leg and looking down I saw it was one of the thickest strands of spiderweb I'd ever seen with some top action going on too. Fascinating for adults and kids alike. A female Araneus quadratus Orb spider had caught a Golden-ringed Dragonfly - it was strange to see the tables turned on the Dragon. 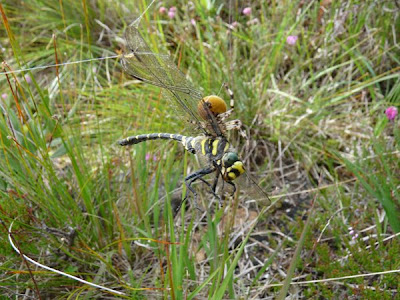 We managed to find another Adder and show it to the youngsters and almost immediately located a small Common Lizard sunning itself on a piece of wood.

It had been a great day out but the kids wanted to let off some steam by throwing things into the water - sounded like a good idea to me. It's a draw for anyone of any age but it only works if you have some kids in tow! So we headed off to a quite spot where we wouldn't upset anyone and bagged a cracking Buzzard along the way. 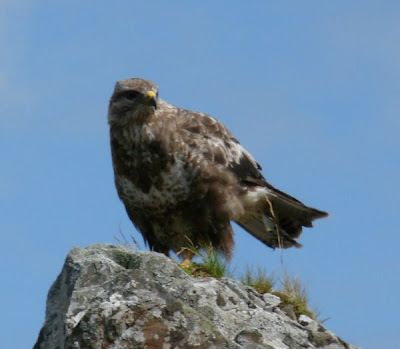 The photos are just getting better and better... really good spider and dragonfly

Don't hold your breath for better ones!