We are still in the grip of winter but there are some changes out there. This time of year seems to prompt a bit of plover arrival so it was no surprise to find four Golden Plover on the patch. I was out on an errand for the morning but you can't drive round with your eyes closed - WT Eagle perched in a tree... 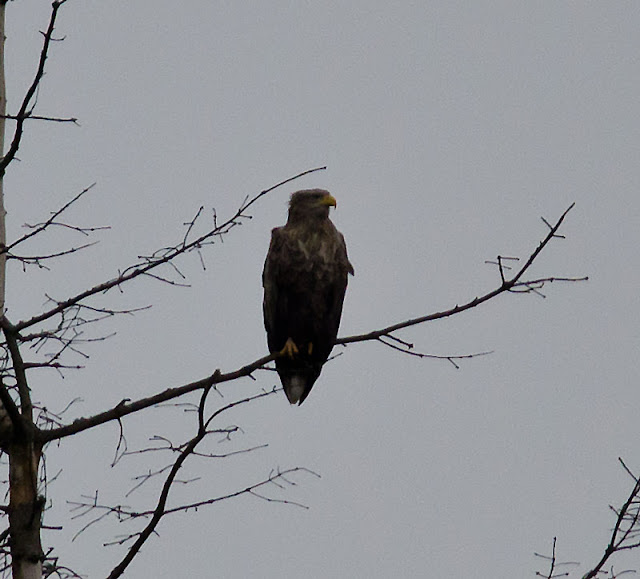 ...and two of the three Otters in the shallows.

There were plenty of Lapwings to be found with three separate flocks seen. 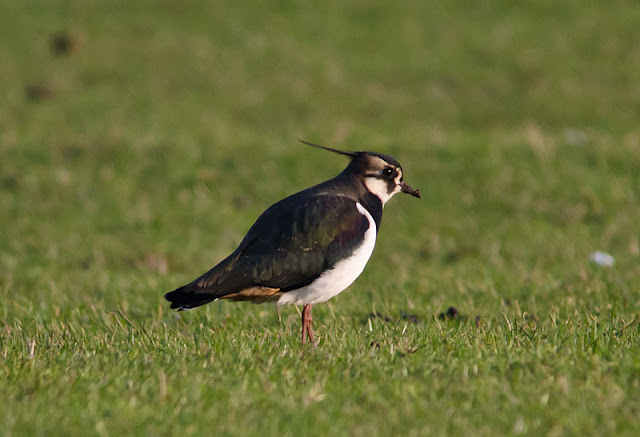 A flock of 85 Barnacle Geese were not particularly close but they were a lot closer than the last time I saw them - result.

A large flock of Golden Plover were seen too but they were all against the light - cracking birds though. 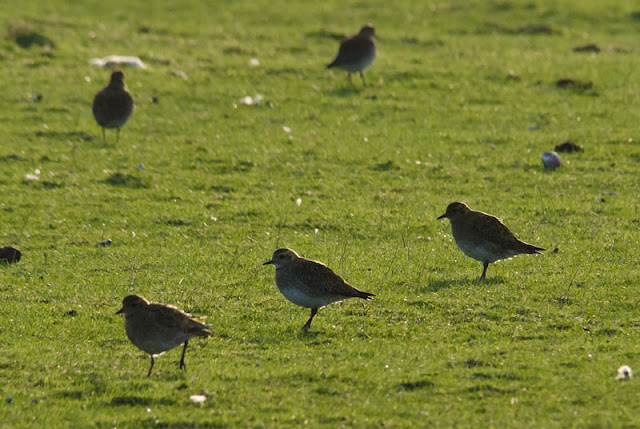