A bit of action.

A bit of action recorded last week was, once again, given away by the alarm calls of a couple of Raven. 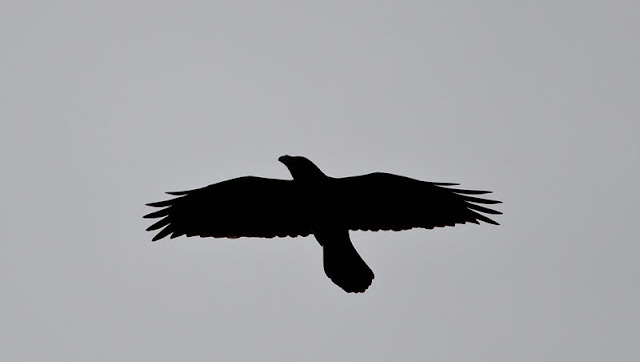 The Ravens were excited by the presence of a WT Eagle. The eagle was drawn in by 3 Otters that were fishing in the bay and it was trying it's luck at stealing the fish that the Otters caught. I wasn't that close to the action but it was great to watch the WT Eagle swooping down over the Otters. 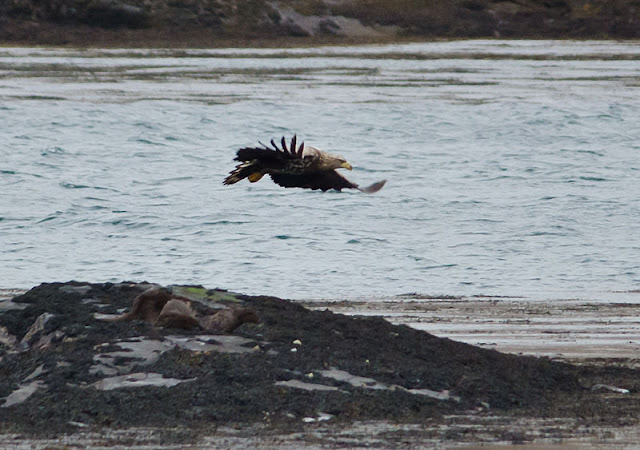 A Robin kept a close eye on me in case the sandwiches came out - no luck there! 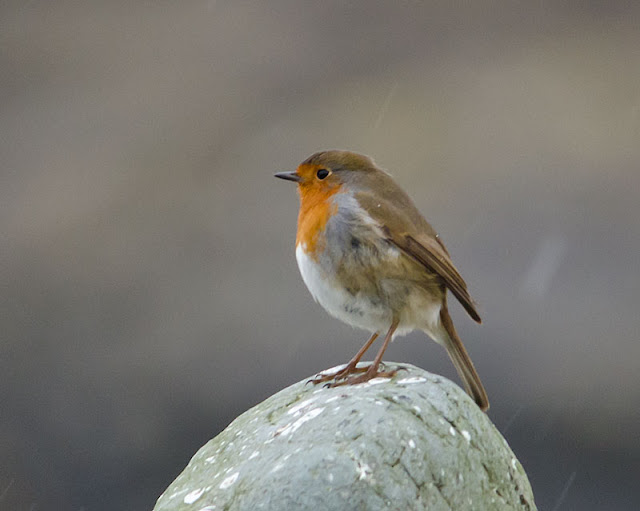 Some good views of the eagle as it banked around before targeting the Otters... 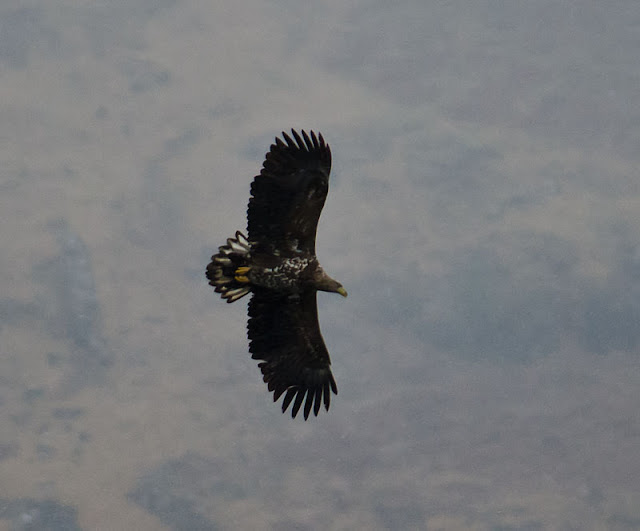 ...but it would only make a couple of passes before taking a rest. 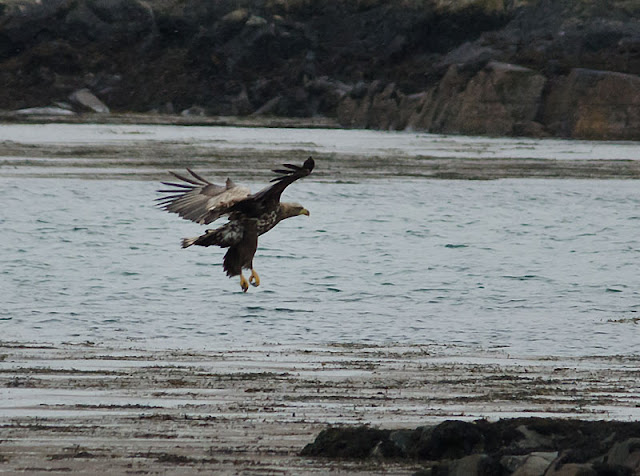 The WT Eagle got nothing from the Otters and they were not fussed by it's attempts to rob them so eventually it gave up a flew off - nice to see though. 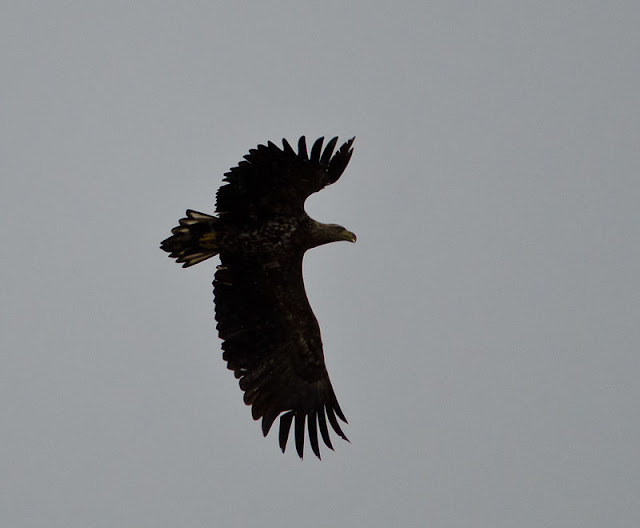 Lovely to see that must have been amazing to watch