It's one thing to dash around looking for the wildlife but standing at the side of the road chatting works just as well. Goods view of a WT Eagle were had while chatting. 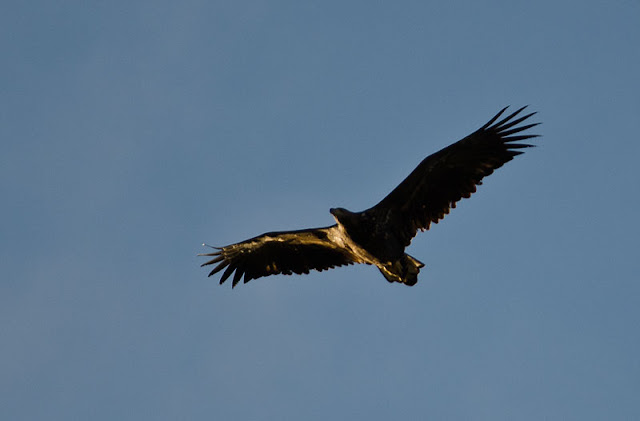 The local flock of Teal didn't seem bothered by a large predatory bird flying over.

A bit of searching around in the afternoon turned up plenty of the usual suspects including GN Diver, 2 Otter, a couple of Hen Harrier and to finish the way I started, a chat, Stonechat to be precise. 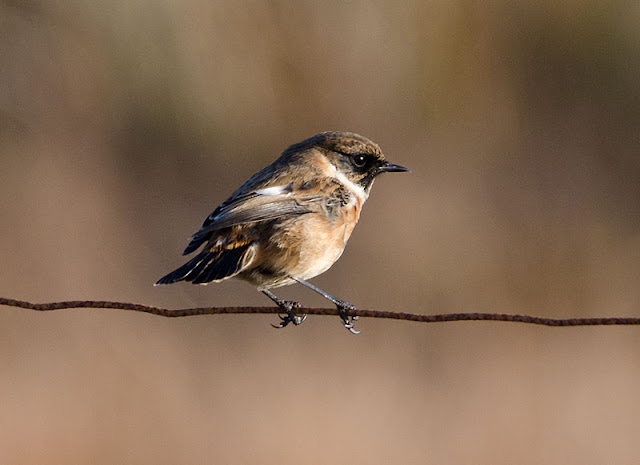 The following day was that dull I nearly left the camera at home but it wasn't raining so it came out. The tide was well in and starting to fall so the birds were moving around. A small gathering of 10 Common Gull held a single Black-headed Gull - a common bird for most people but we don't see too many in this part of Mull. 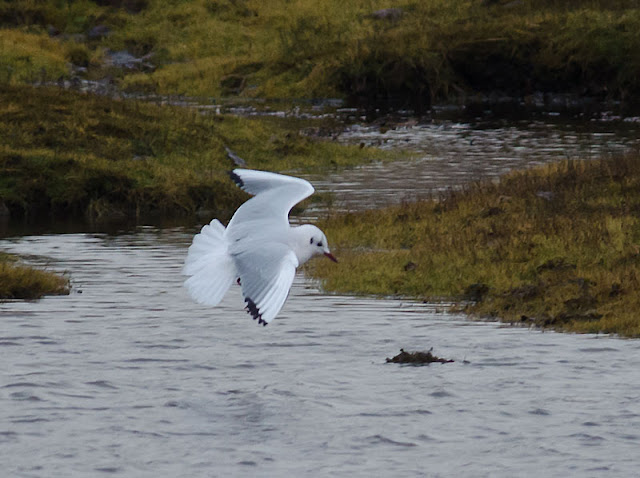 A flock of Turnstone were next to fly in looking spectacular as they twisted and turned as they looked for somewhere to settle.

A small rock was chosen for the landing site where the spectacular looking birds... 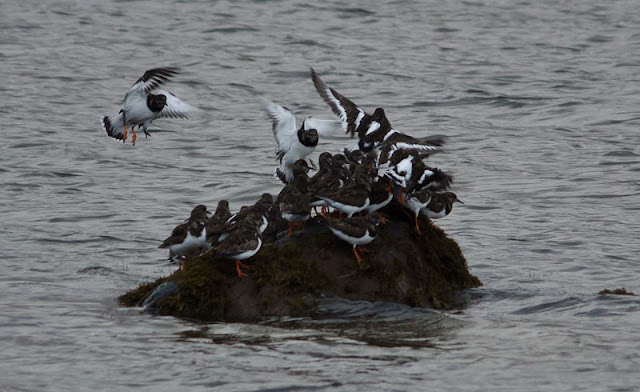 On the near shore was a single Dunlin... 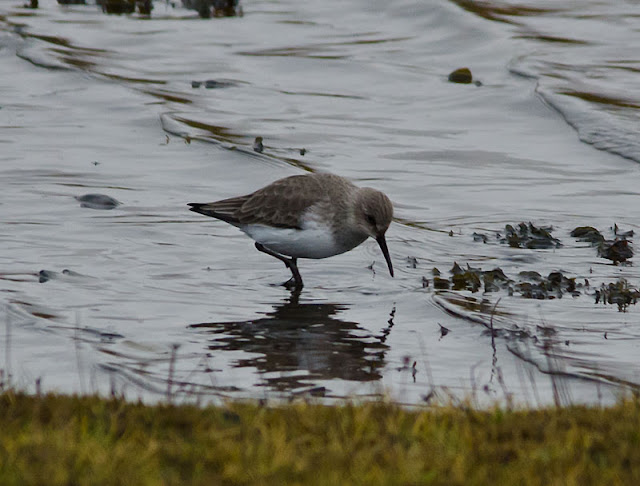 ...that associates with the Ringed Plovers. 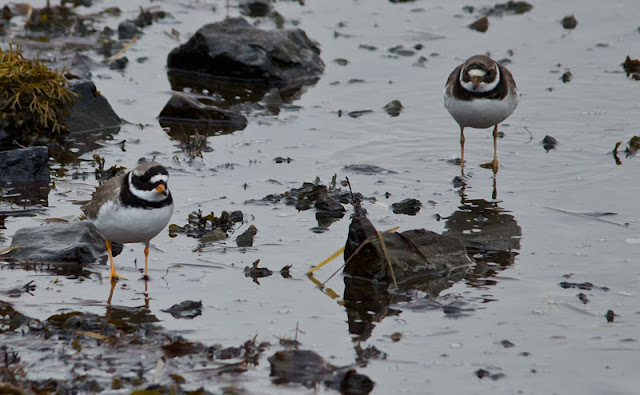 The last photo just about sums up the light conditions through the day - a dark and damp Buzzard. 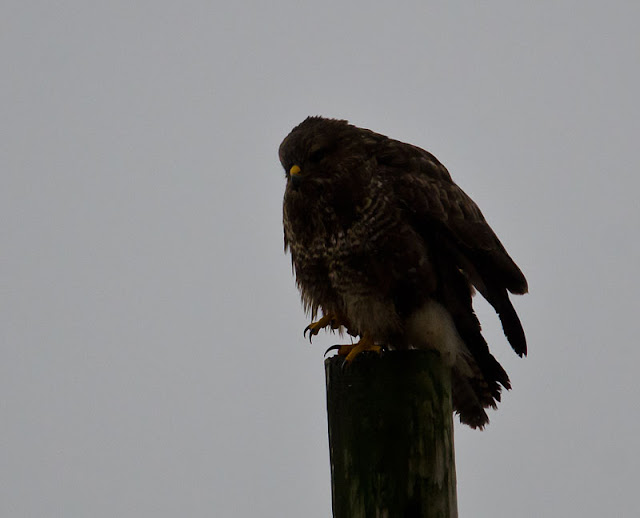 Awesome White-tail capture. I bet that rose the tone of the voices chatting!