It's certainly been better weather for the last couple of days but it hasn't provided too many chances of photos. Cracking views of an Otter the other morning but the sun wasn't up so too dark for shots. Two hours later it was just light enough to photograph this Red Deer. 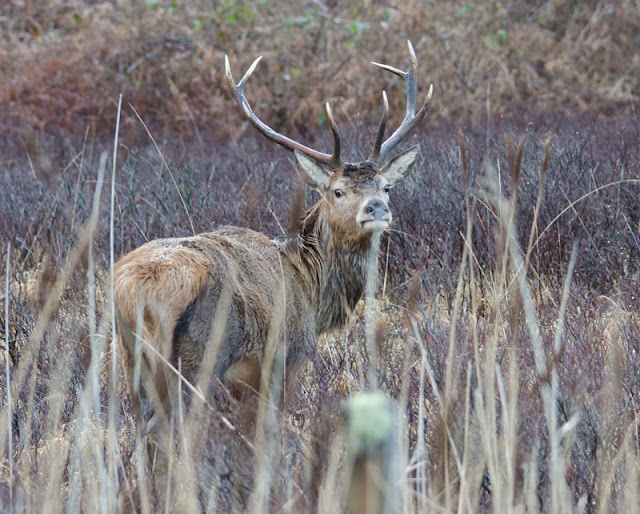 I took the opportunity to check on a few sites while doing some errands. A flock of about 70 Barnacle Geese were easily visible but no way of getting closer to them.

A decent count of 18 Tufted Duck were nice to see with Rock Dove and Rook in the vicinity too. Best find of the day was a single Common Scoter (honest, that blob IS a bird)... 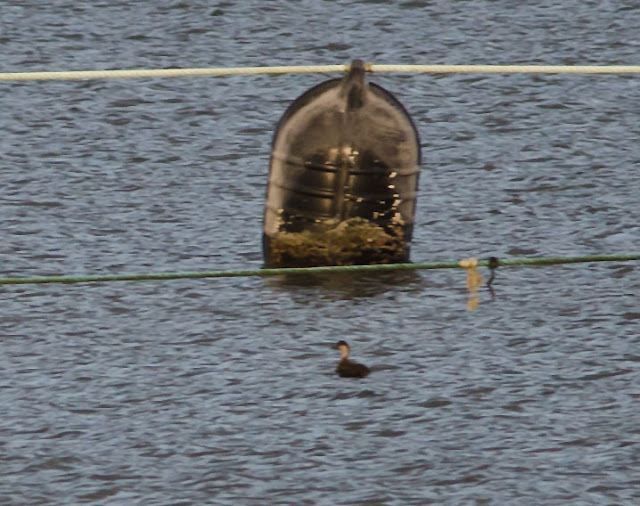 ...along with a couple of Black Guillemot and a few GN Diver. You can always rely on a Buzzard to pose for a photo when all else is failing so I tend not to pass them up! 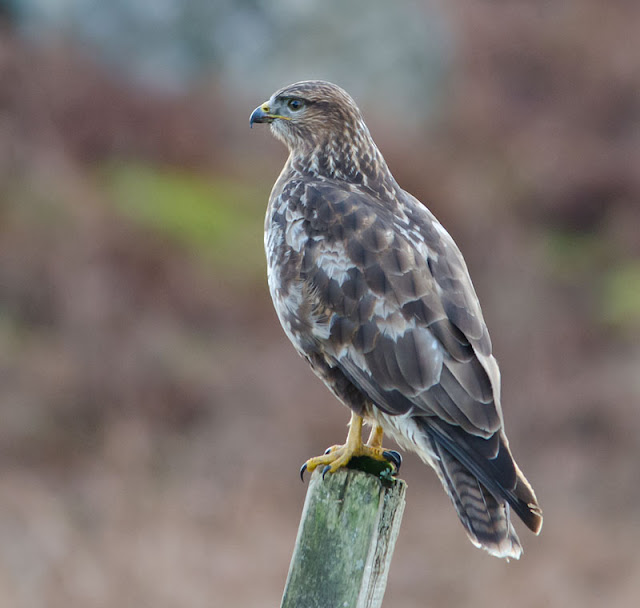 These two Otters were not much further along the road but they were not hanging around. 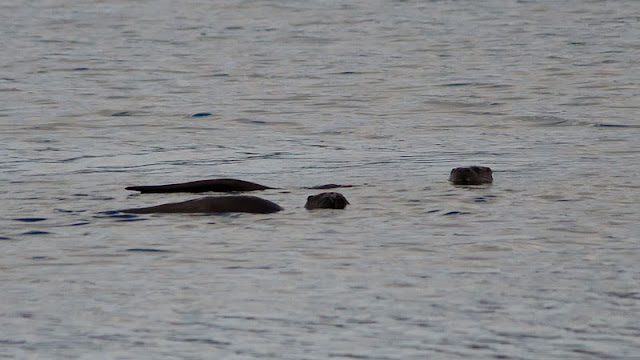 I hate to say it but just round the corner from the Otters was this WT Eagle having lunch. 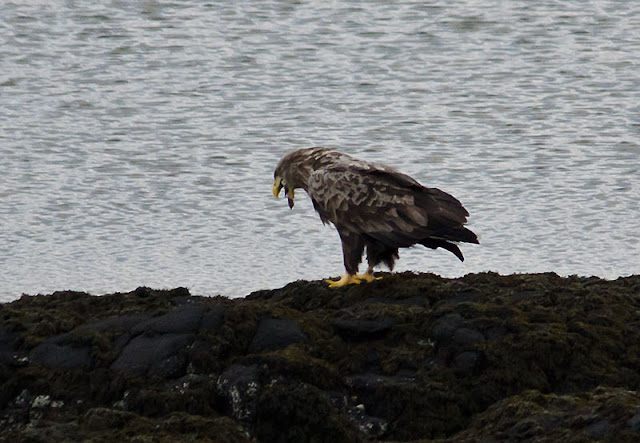 The eagle was having a quiet time until the Hooded Crows noticed what was going on. The first one that came in landed behind the larger bird and looked like it was going for the tail pull. It seems a bit pointless when there are no other birds there but you have to try. The WT Eagle didn't wait for tail pull but just turned to the Hoodie and gave it a hard stare! 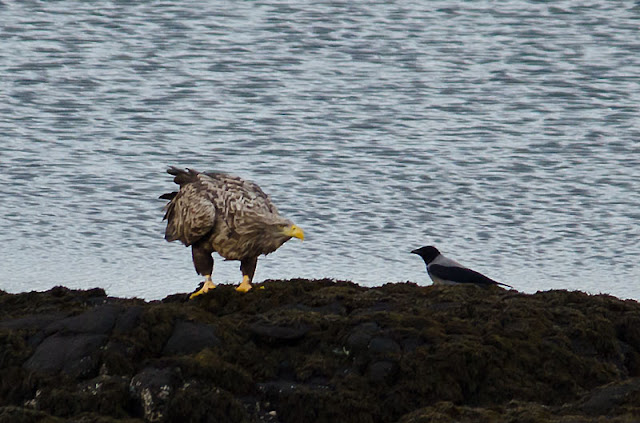 The last shot is great - a real moment of communication between species!

Great to see the WT eagle