With most of the country struggling with snow I thought I would show how bad it is up here - for now!

Just a quick jaunt out in the sunny conditions and I hit lucky. A couple of Ravens were flying about but calling in alarm too. 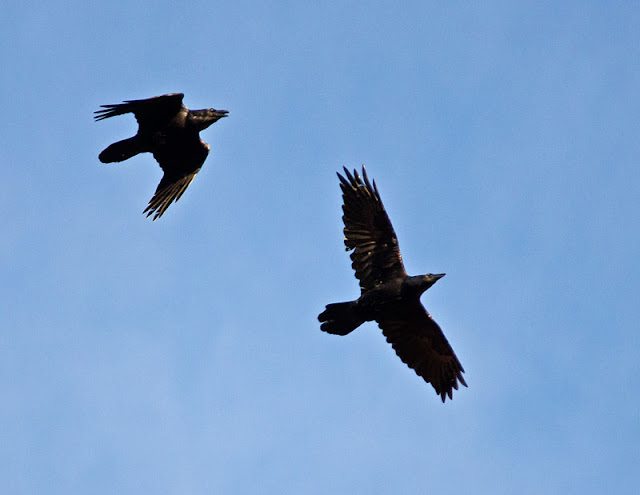 A quick scan around and there was one of last years Golden Eagle youngsters. 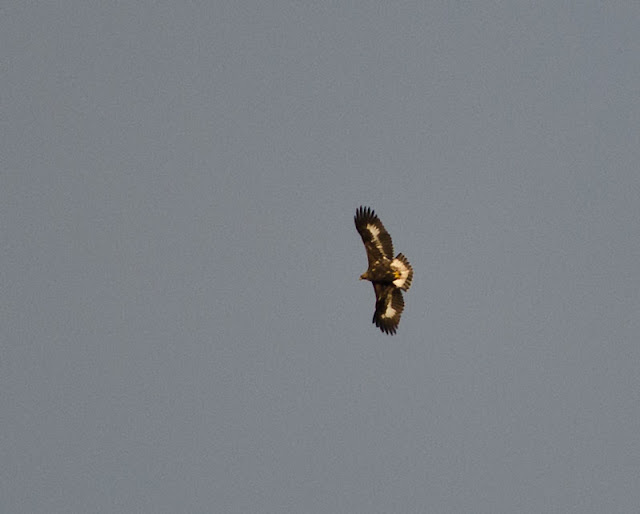 It wasn't there on it's own as there was another youngster just below it - shame about the blurry image but it was nice against the snow. 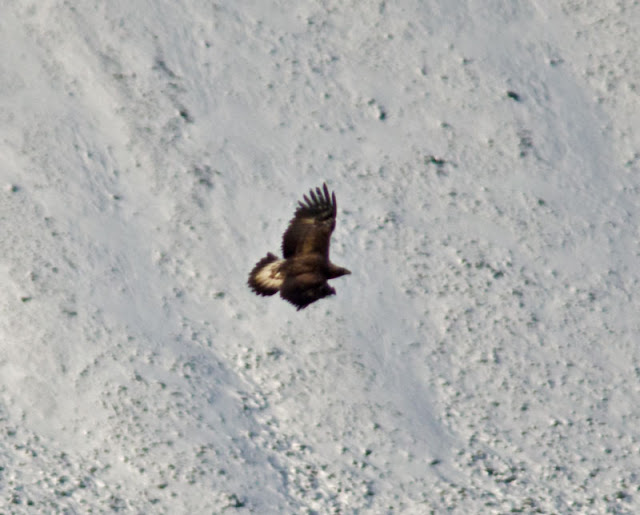 A scan across the loch before heading for home produced a good view of a Great Northern Diver... 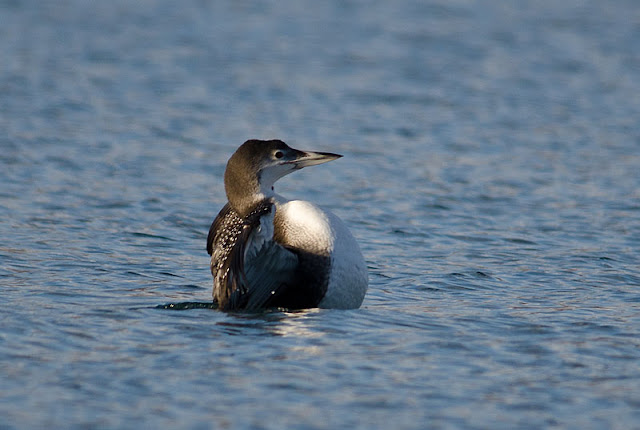 ...and an Otter was fishing offshore. I managed to get in a reasonable position to get some snaps when it brought a fish ashore... 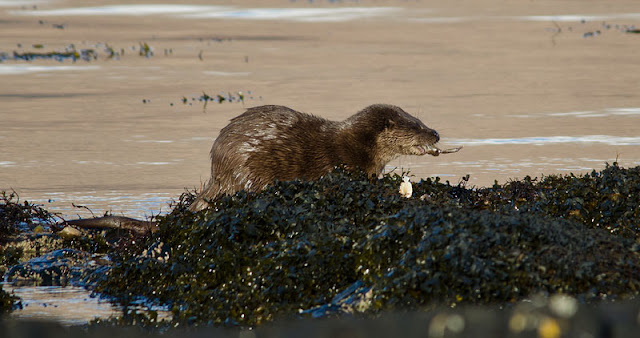 ...and had a brush up afterwards before heading off.

Nice to see you have had a little snow. Norfolk had a few inches and came to a standstill

Blue sky - always a treat. And such great birds in it! Great series today, Bryan.

wow looks like summer with that lovely sky and beach! Roll on our visit to Mull