Singing in the rain.

Wednesday we spent some time dodging the showers to get the best out of the day. We started the day with superb views of SE Owls and a female Hen Harrier. While looking for Otters we located a couple of Red-thoated Diver that were singing in the rain.

Adders were a surprise for the guests as they thought the weather wasn't good enough to see them in the open. We picked up an Otter fishing in a bay and viewed the area from above so, at times, you could see the Otter swimming underwater. We did hear a couple of Cuckoo calling on our travels but only caught sight of one of them. Plenty of small birds including Lesser Redpoll, Linnet, Whinchat etc before we had a Mountain Hare in the rain. The run back to base was livened up by one of the guests spotted another Otter. We watched this one come ashore a couple of times with fish. 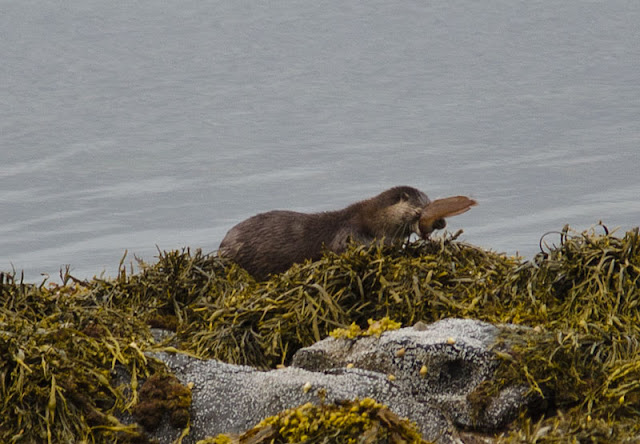 A few stags finished the day off nicely. 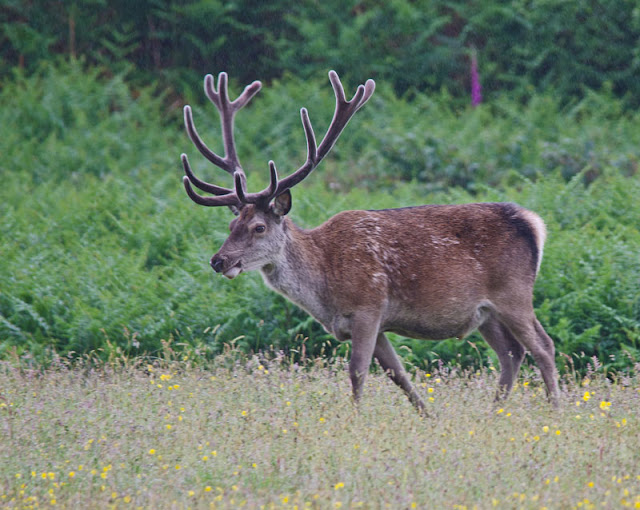 Thursday was another good sightings day despite the showers. We started the day with a female Hen Harrier and a few Mountain Hare. 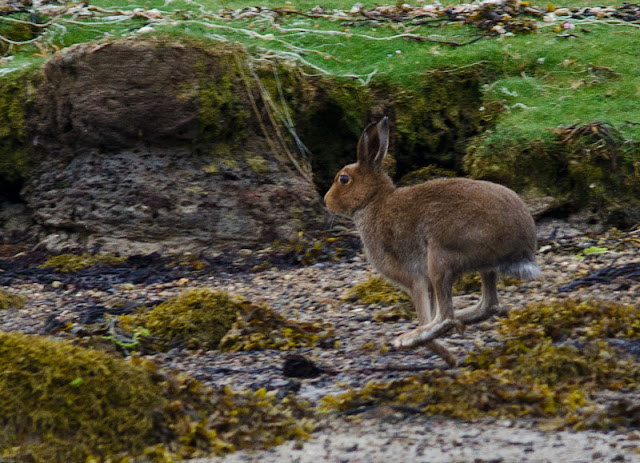 A male Redpoll perched on a fence next to a male Whinchat and a few Yellowhammer were feeding on the ground all in the same spot. Best find of the day was a Cuckoo that flew out of some trees to perch on a post right next to us before flying up to the wires. 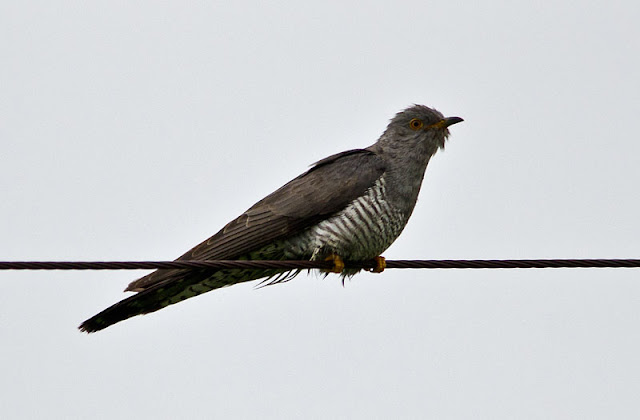 A pair of Red-throated Diver showed well before we picked up our first WT Eagle in the distance. Not too long after that all of the Curlews flew up, calling in alarm. 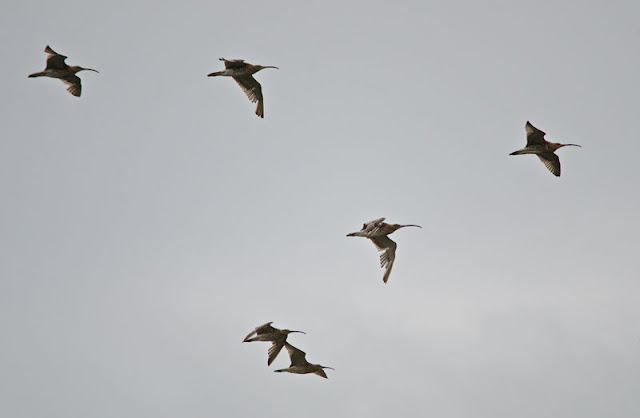 The reason for the alarm was a WT Eagle flying through. 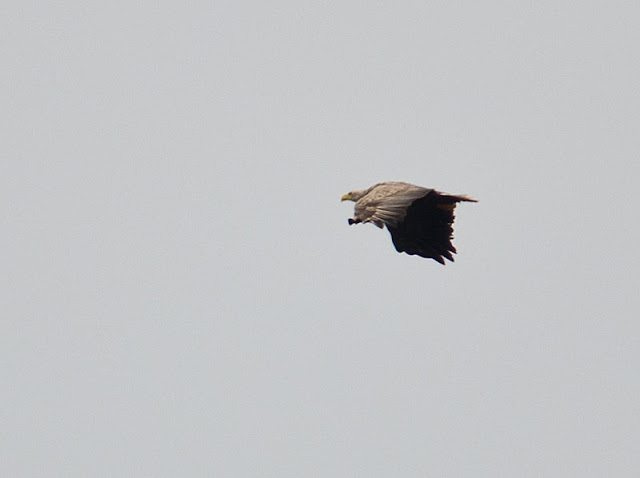 As the bird flew into the distance it was chased through by a SE Owl and a male Hen Harrier! A bit of a clear spell in the afternoon produced a Golden Eagle, Adders, Slow Worm and a young mouse in the middle of the road! An almighty clap of thunder gave us warning of some approaching weather. We had torrential rain and lots of lightning on the drive back - no wildlife as we could hardly see out of the windows!
Posted by Bryan Rains at 22:14