You may have noticed a lack of posting going on. I'm not giving it up, just slowing it down a bit and using Facebook (https://www.facebook.com/WildAboutMull) . There will be different photos on each one so you may want to keep up with both. The Facebook page will be more 'as it happens' while the blog might get a weekly update.Well, we'll see how it goes.
I'm guessing that it's bad luck on my part but I don't seem to be seeing that many GN Divers close to shore - hopefully that'll change as they come into summer plumage! 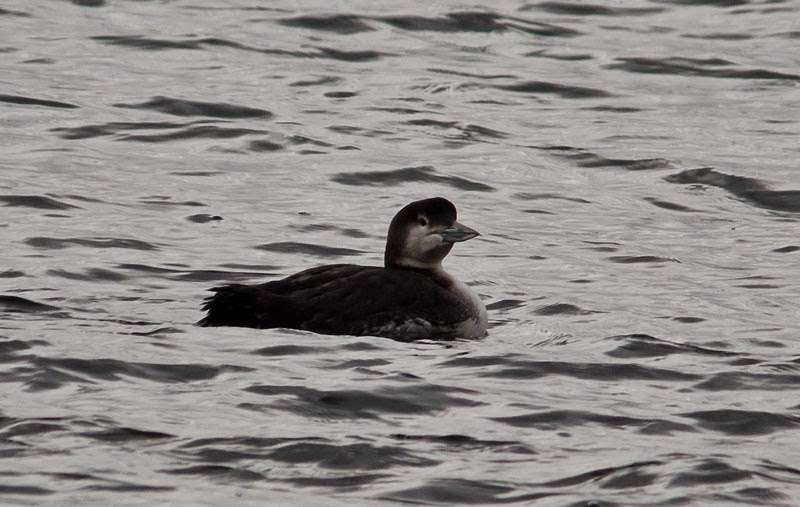 I watched this Otter come along the shore,make it's way towards the road before going through a culvert and then up into the forestry. It didn't even look in my direction despite being just a few yards away as it went under the road. 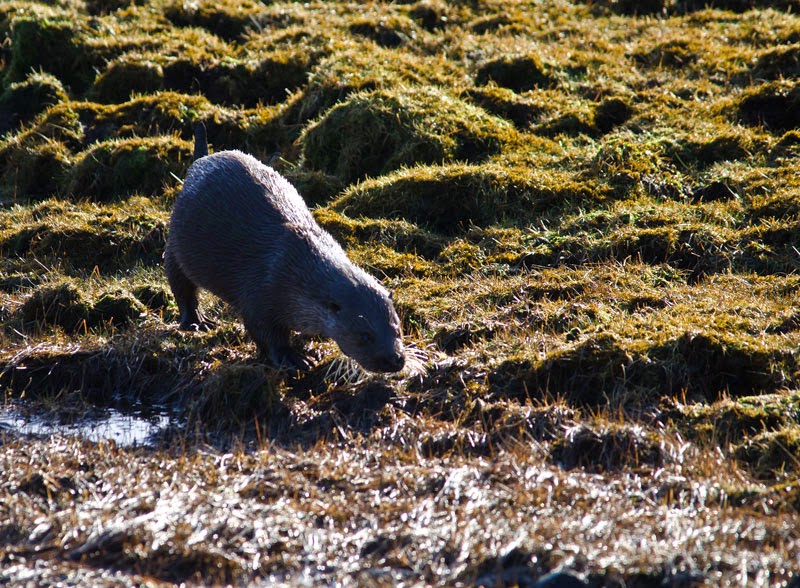 It's difficult not to see the Otters at the moment so just enjoy them while you can! 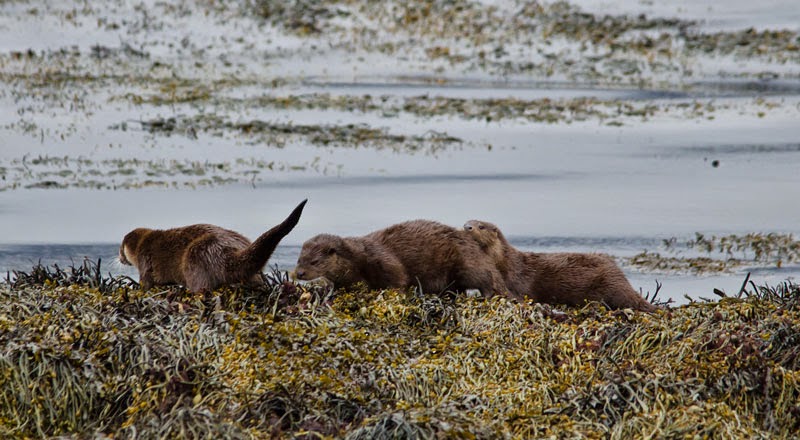 The Crossbills are a daily feature at the shop but the numbers can vary. I had a party of six the other day one of which was this years juvenile - too far for a decent shot but I did put one on facebook. 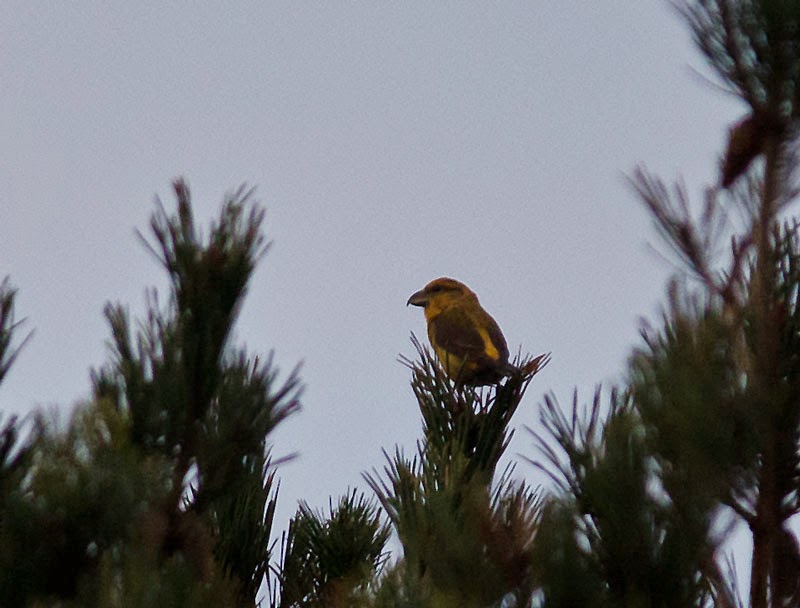 A sign of things warming up and day length extending is the frogs reappearing - good food for the Otters, Buzzards and Grey Herons. 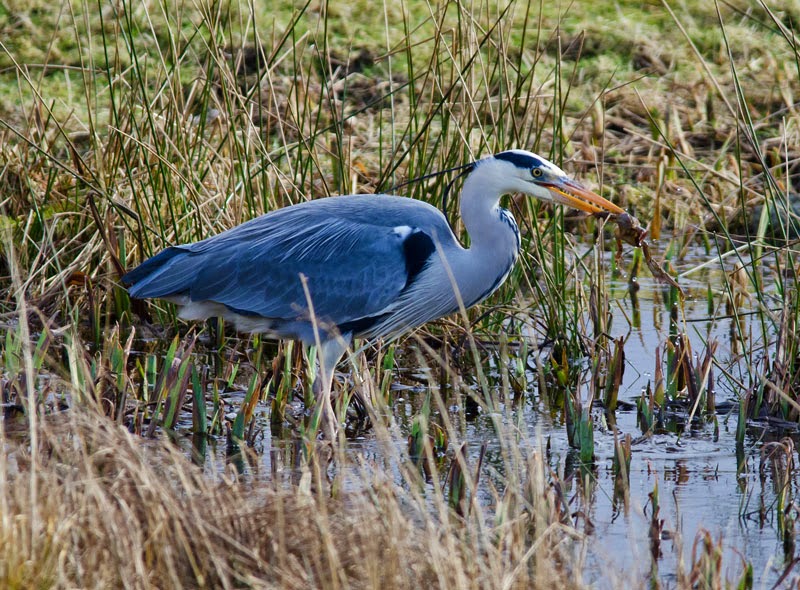 Here is one that is easy to overlook - a young WT Eagle on the seaweed. 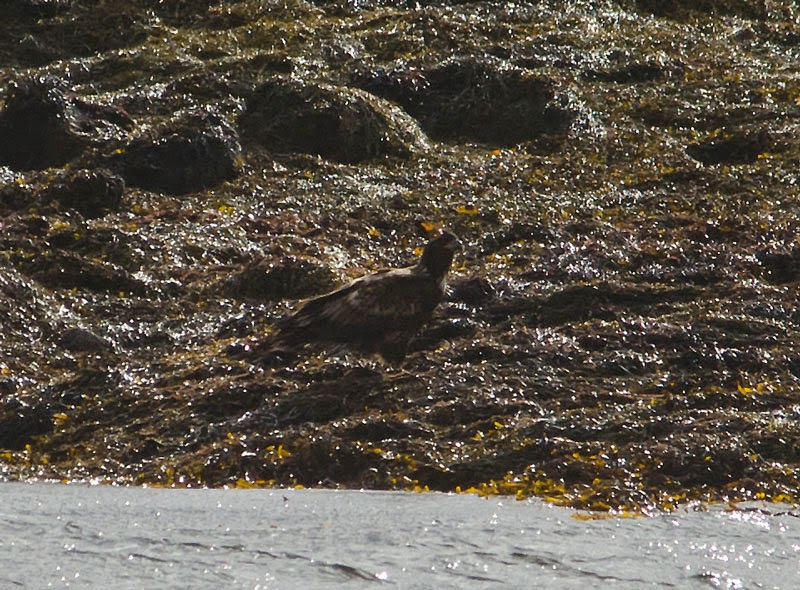 A pair of Dippers were seen together on the shore - one disappeared upstream calling as it went. I watched the other bird for a while until it flew off...and then flew back in a bit closer. There was a cow between me and the bird so I didn't pass that one up - result! 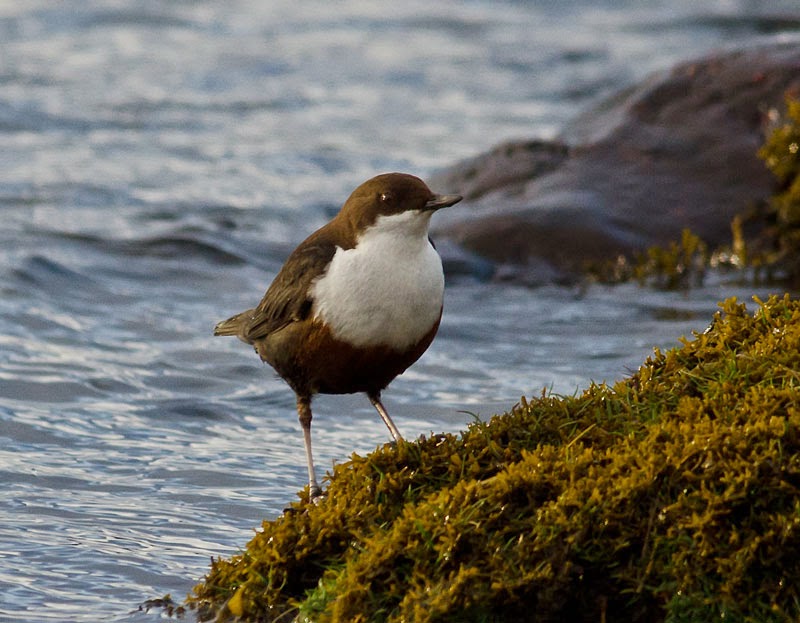 I've seen the WT Eagle taking grass to their nest to use as lining but it took a few seconds to figure out what this Raven was carrying - wool. 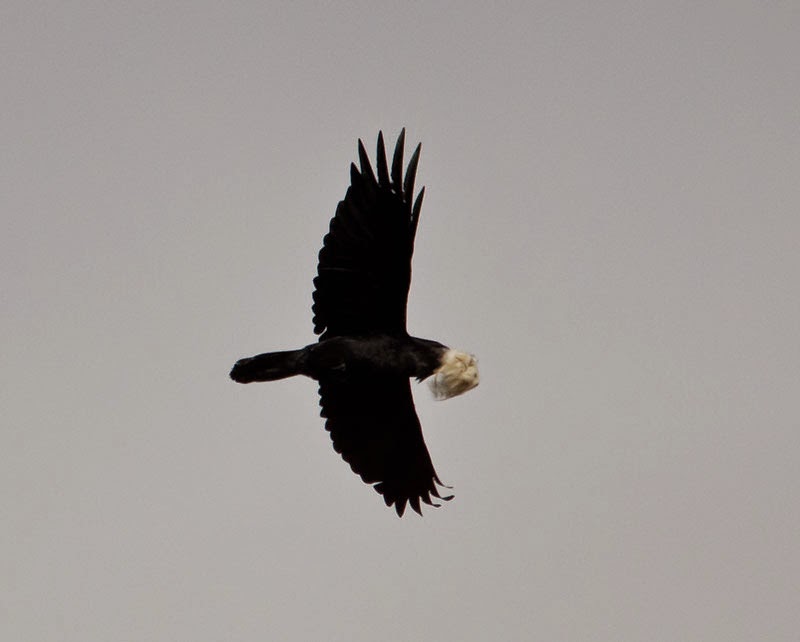 Could an eagle look more imperious than this - just awesome!! 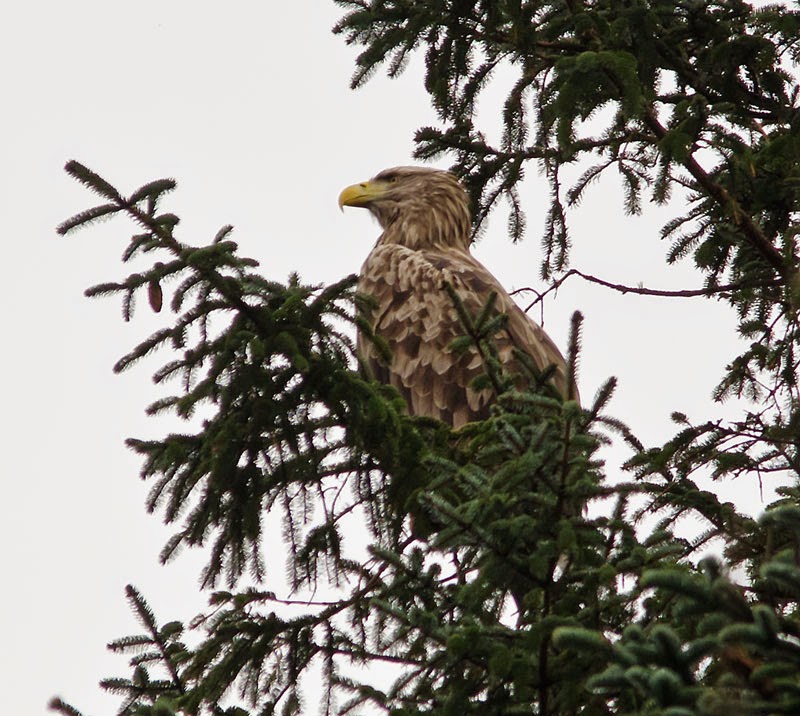 Super pics Bryan. Haven't seen an Eagle down here in the New Forest - as yet :-)

It mat be me but can't find a Facebook page for Wild About Mull - maybe put a link on the blog and website ;-)
I've steadfasttly avoided FB myself!
Nicola

Cheers, Steve. You may get an eagle down there in the future - keep your eyes peeled!

Nic - Thanks for the comment and I have added the link. You don't have to be on Facebook to see the page.