That's another year over and not much to report from yesterday except...a nice Glaucous Gull. 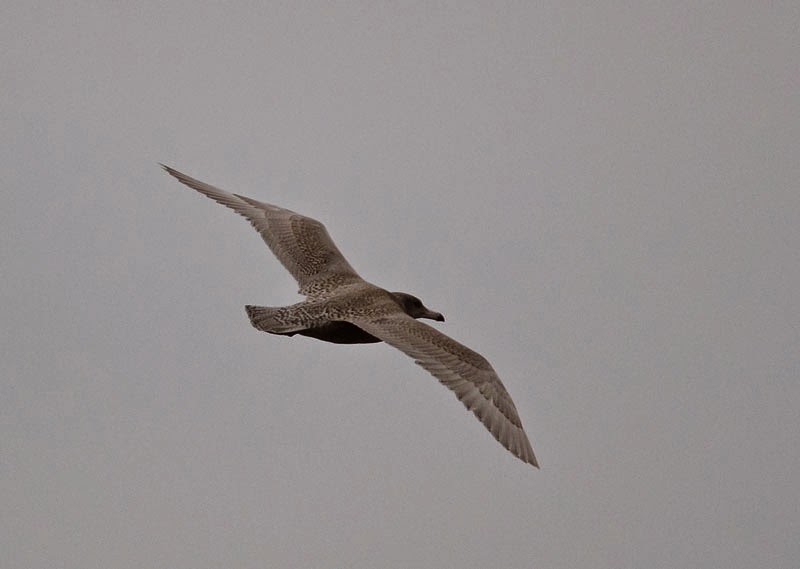 A lone Redwing was digging up the dirt at the side of the road... 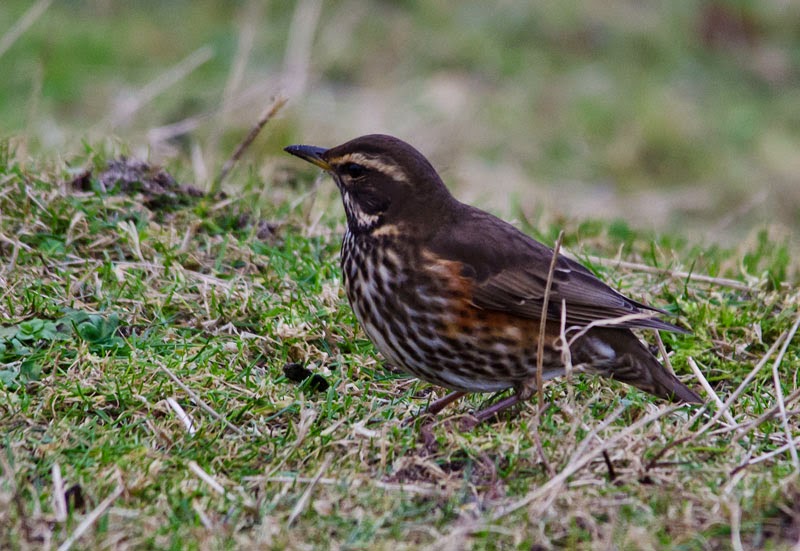 ...while a Mountain Hare loped across the grass before settling down for a nibble. 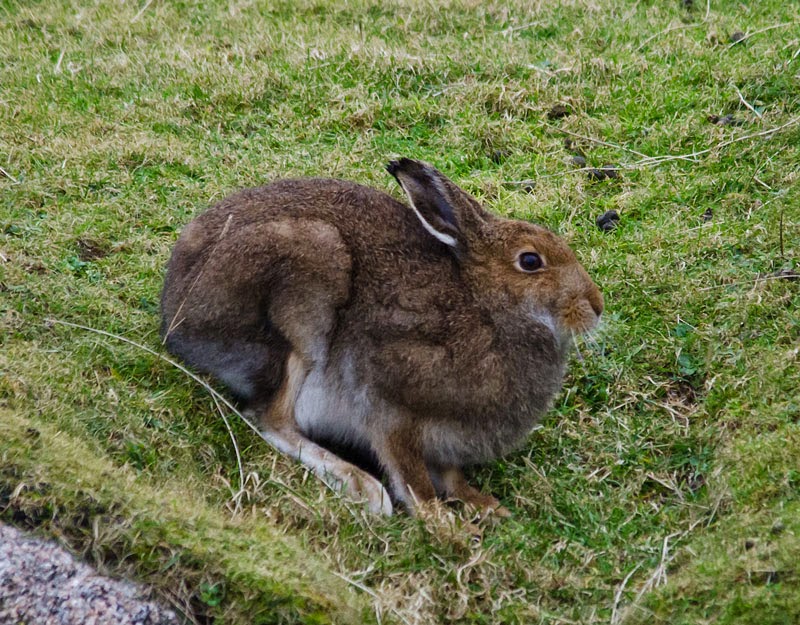 This WT Eagle was seen earlier in the day when it was still a bit dull. It was still there two hours later so I took a few snaps as there was more light. 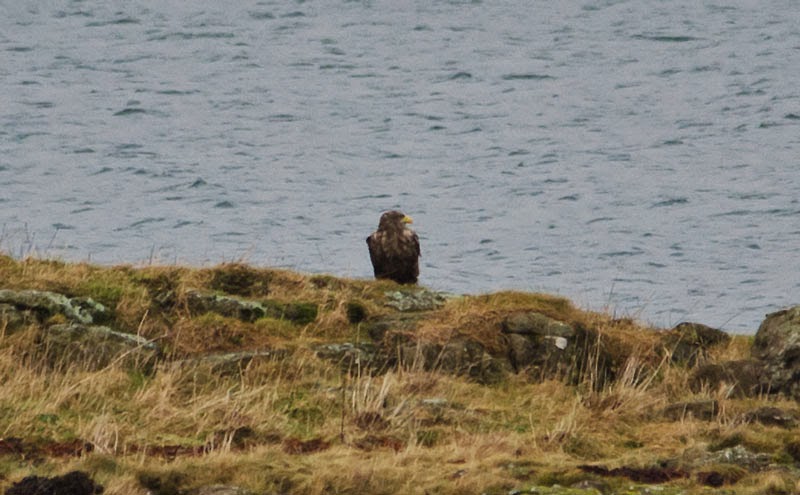 Looks like the RB Merg is looking forward to the new year too. 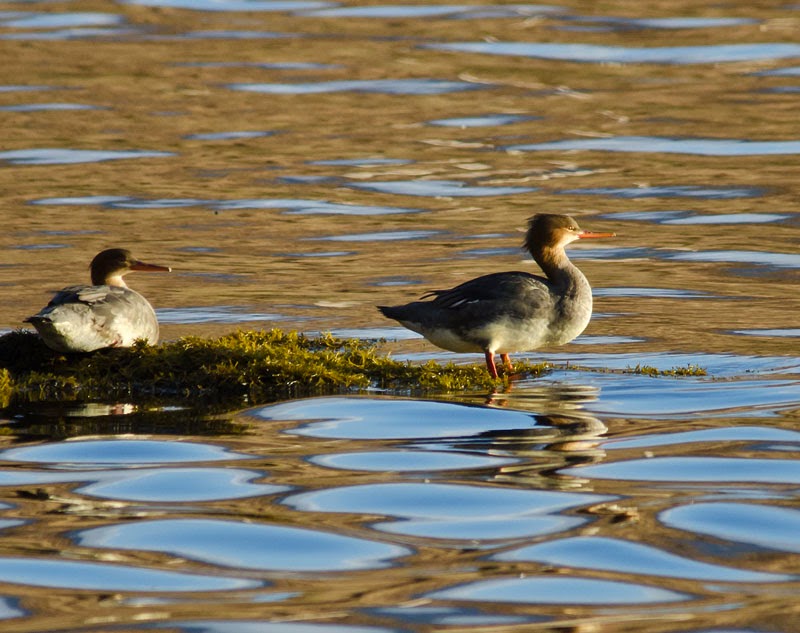 Scores for the year list 145 species and the Patchwork Challenge finished up on 105 species and 131 points.
Posted by Bryan Rains at 19:31