A quick look through the gulls that were plundering the sprats revealed nothing more exciting than this Black-headed Gull. 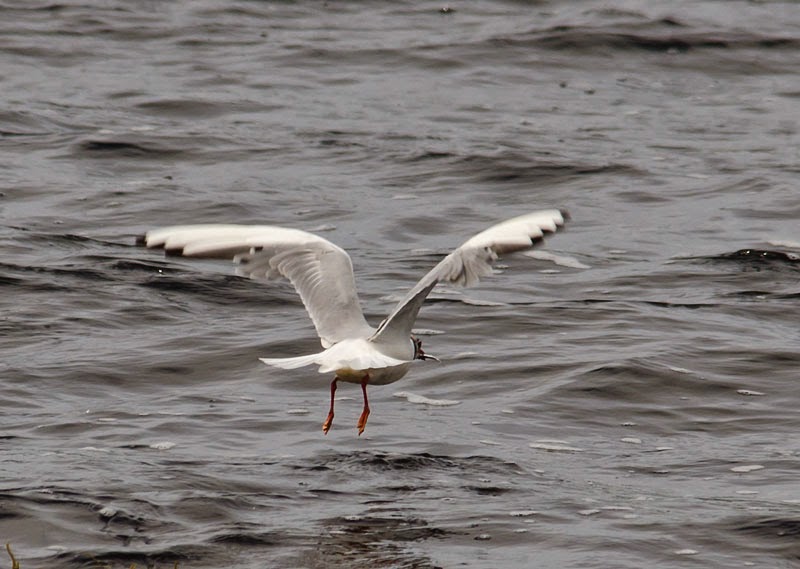 When all the gulls rose into the air it was fairly obvious what was going to fly by - a WT Eagle. A Common Buzzard wasn't impressed with the larger bird flying through it's territory so it had a real go at it! 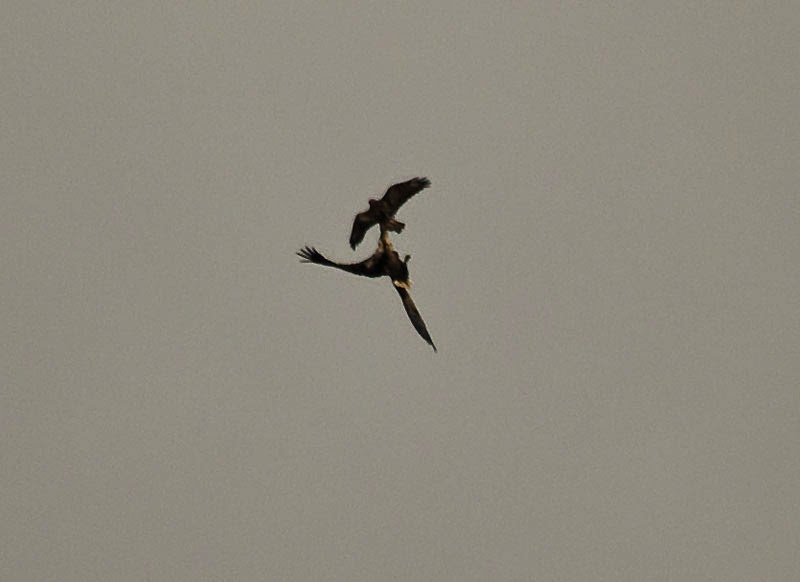 The usual suspects were seen on the tour but the highlights were the three Goosanders... 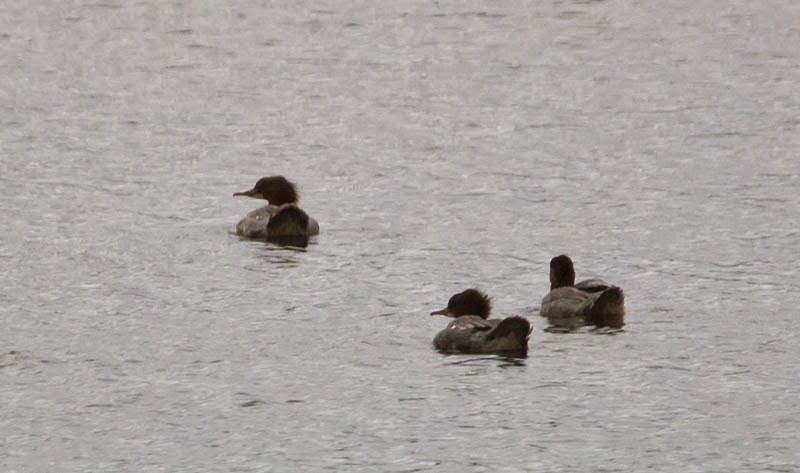 ...and the funky looking family of Red-breasted Mergansers. 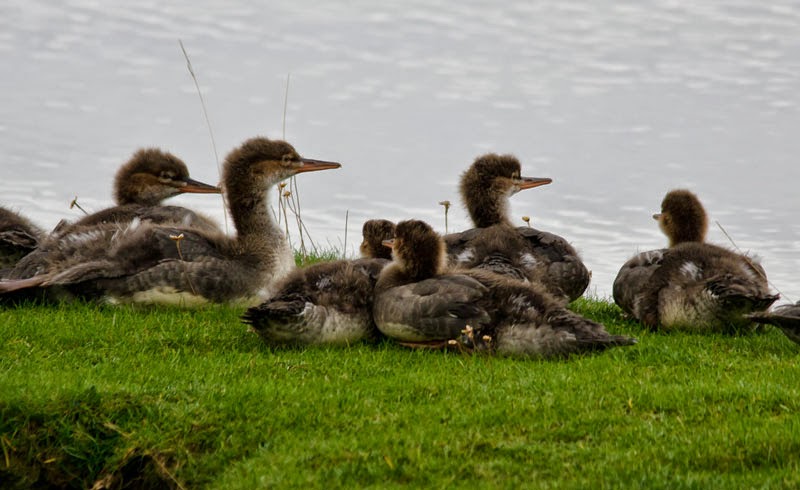 The Stonechats have had a good breeding season this year with some of the pairs getting off 3 broods. The adult male is really nice to see. 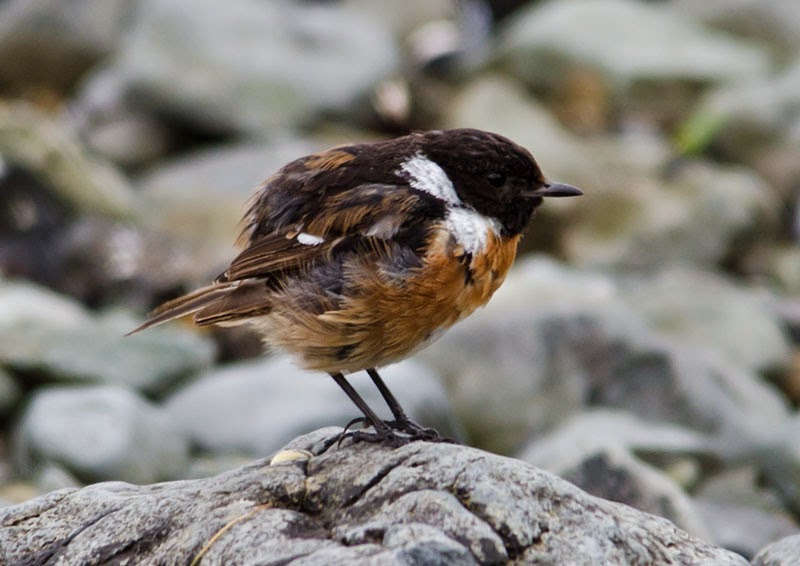 The Adders are sticking to the sheltered spots and they can move off quickly but with a bit of patience they soon come creeping back out into the open. 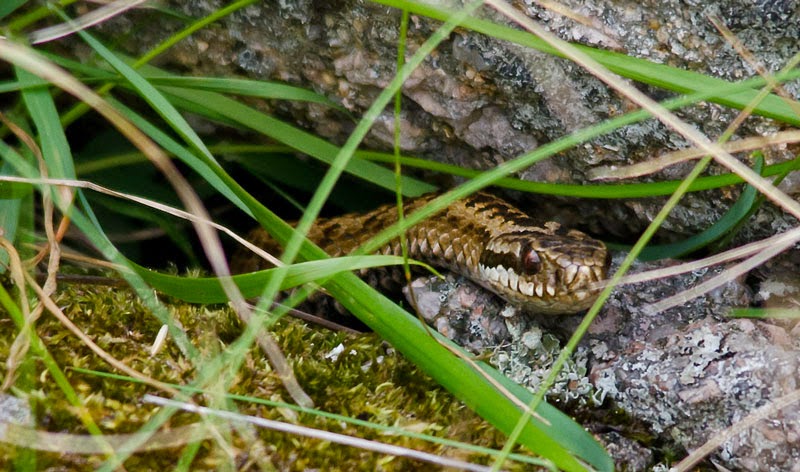