It was nice to catch up with a Willow Warbler again - the song of this bird is always the sound of summer for me. No sooner had I published the last post where I mentioned the Greenshanks had moved on and there were three birds back on the loch! A pair of Grey Wagtails were getting frisky on one of the burns. 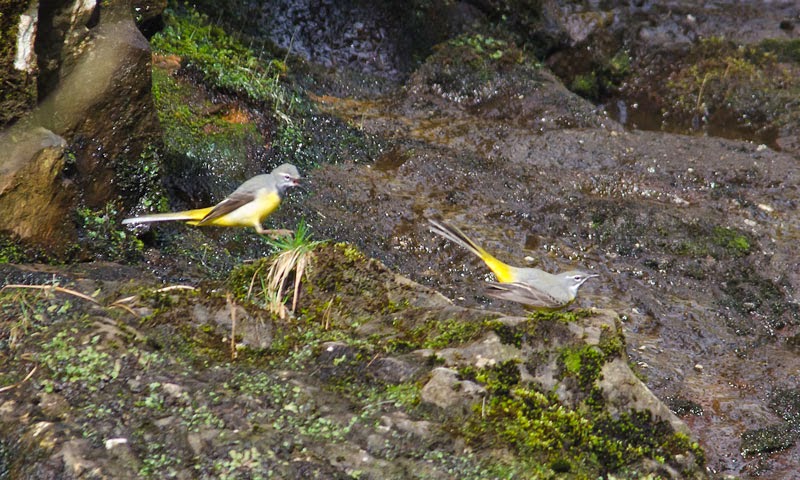 It was nice to catch up with the mum and cub Otters while they were reaping the rewards of a few Dogfish. They were seen to bring two ashore in about 20 minutes. 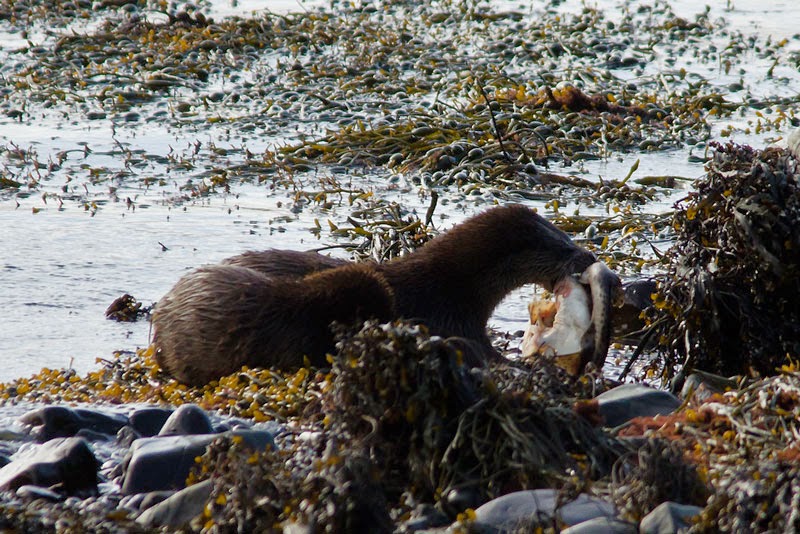 The Highland Cattle are always popular with the guests. 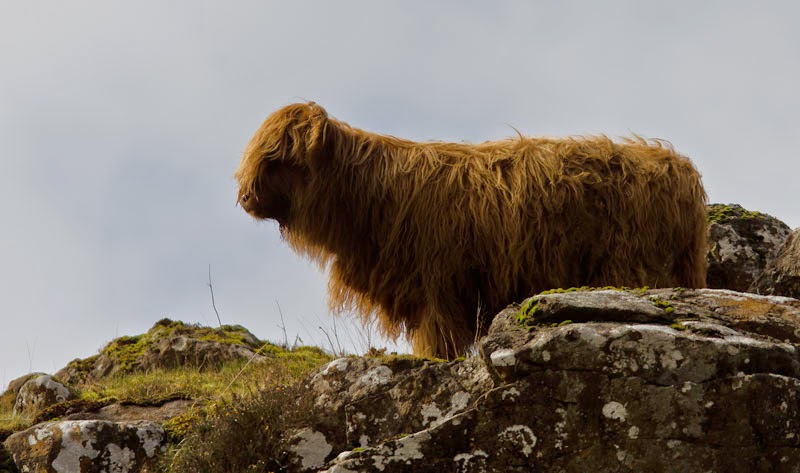 A few more Northern Wheatears are being seen now. 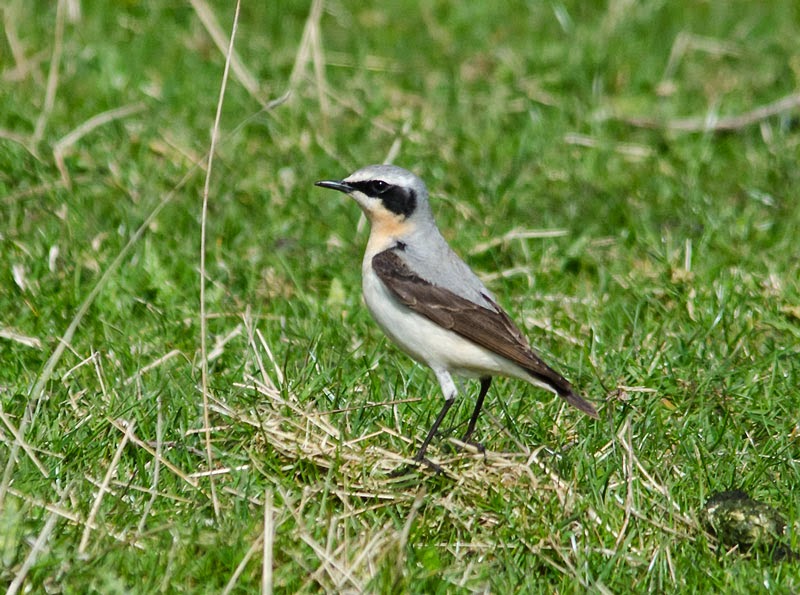 There was a decent breeze blowing while this Rock Pipit was trying to hang on to the fence. 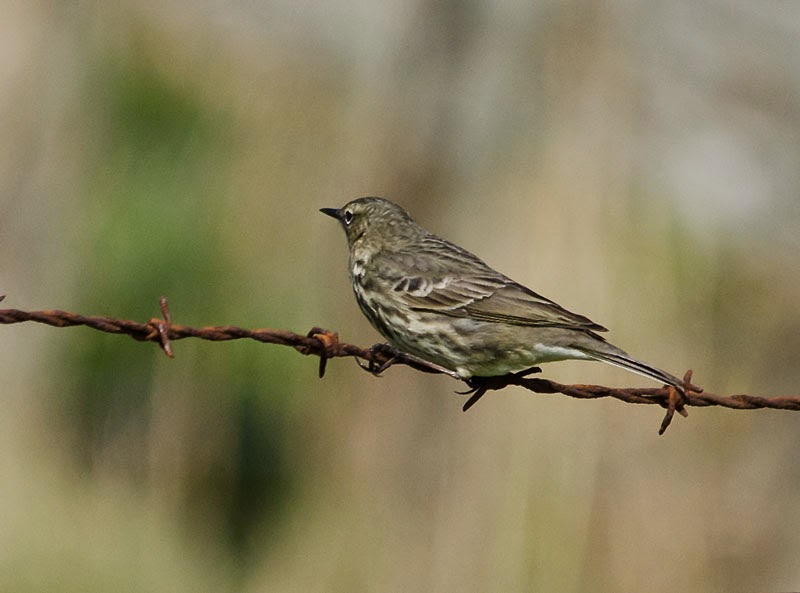 Decent numbers of Linnets can be seen in various locations. 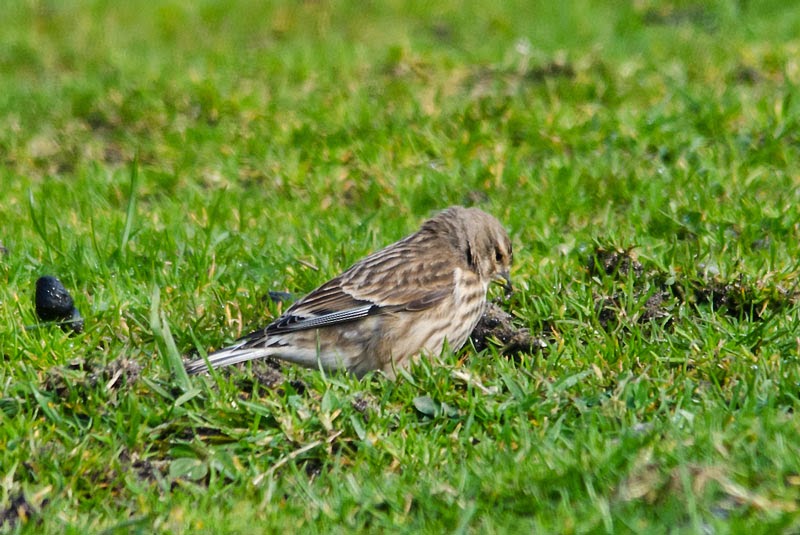 It was a bit of a struggle to get a good view of Golden Eagle until this one flew past the motor! 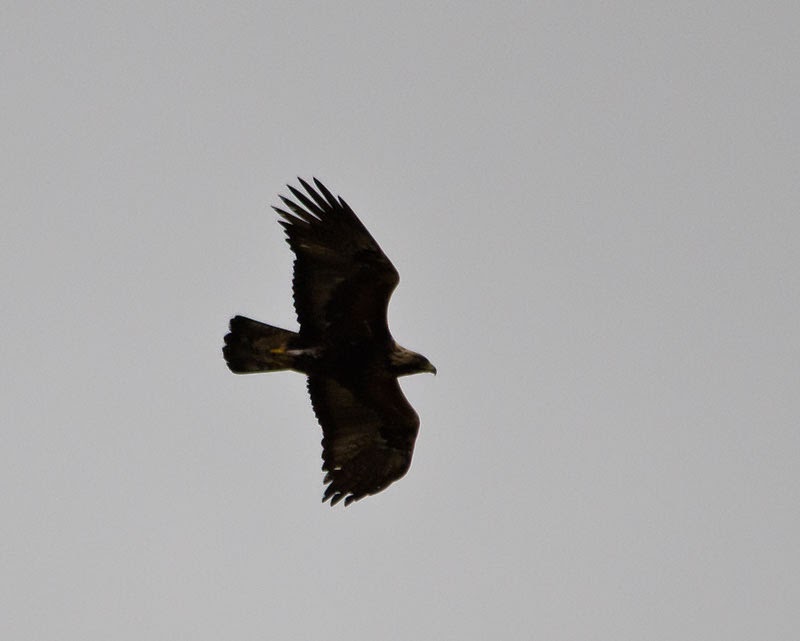