A day of few photos but a collection of birds seen in threes. We had three Whooper Swan, three Great Spotted Woodpecker and three Golden Eagle. 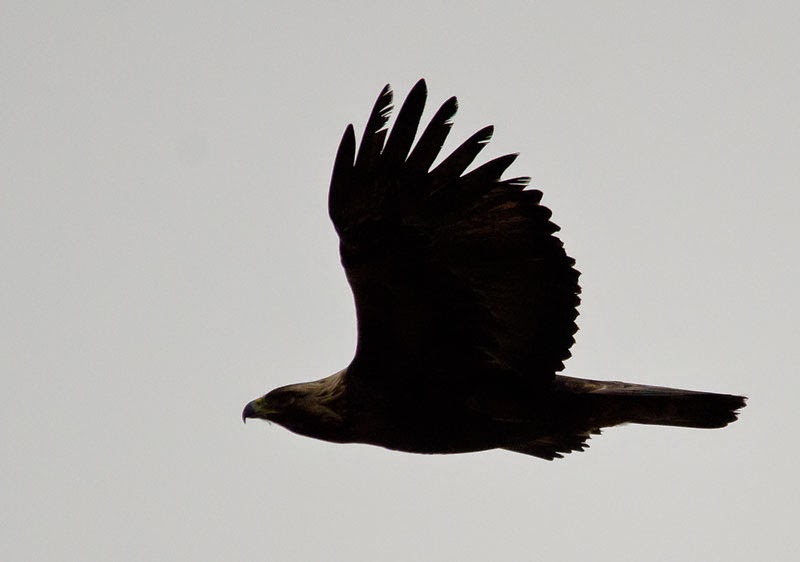 We'd started the day with good views of a WT Eagle and then another flying past us. A single Northern Wheatear was seen by the loch with a number of Meadow Pipits and a couple of Stonechat. Plenty of people say they see Golden Eagles at close quarters but this one took it to another level. 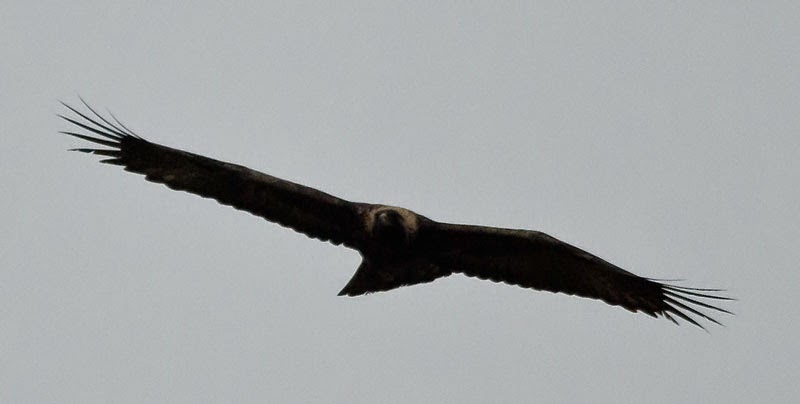 We had initially seen the birds drifting off only to see them fly towards us and circle above us. The big problem was when they disappeared again I left the camera in the motor and one of the birds did a fly past at about 10 yards! 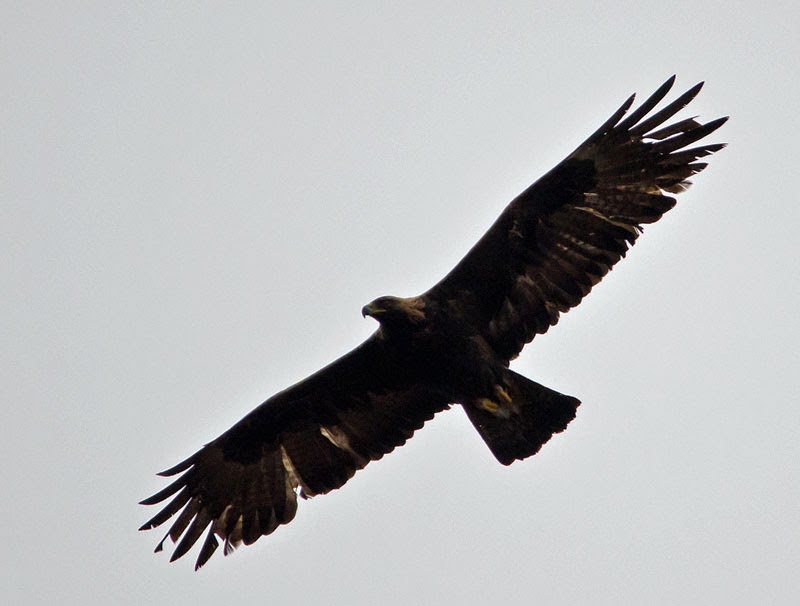 We didn't see an Otter on the day but I gave plenty of advice to the guests and they managed to catch up with them the following day. I managed to get some sighting while out on an errand. A couple of Common Teal were nice to see with the male looking splendid. 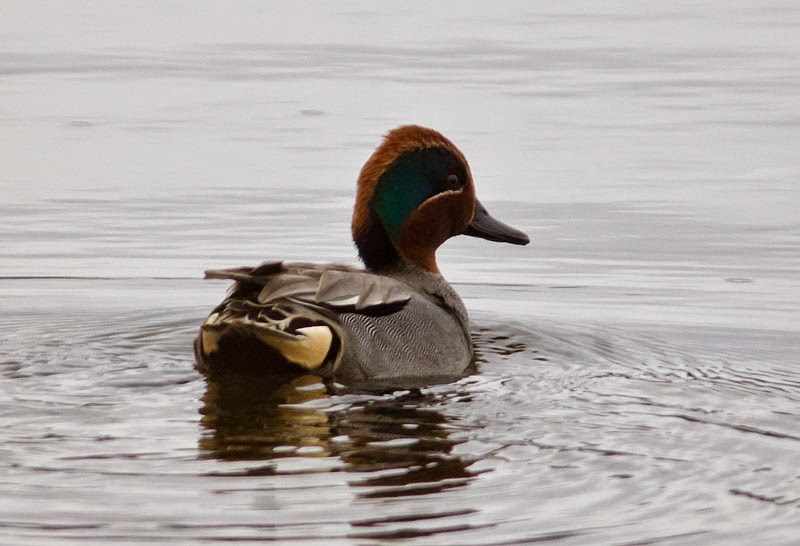 A pair of Grey Wagtail were feeding along a burn. 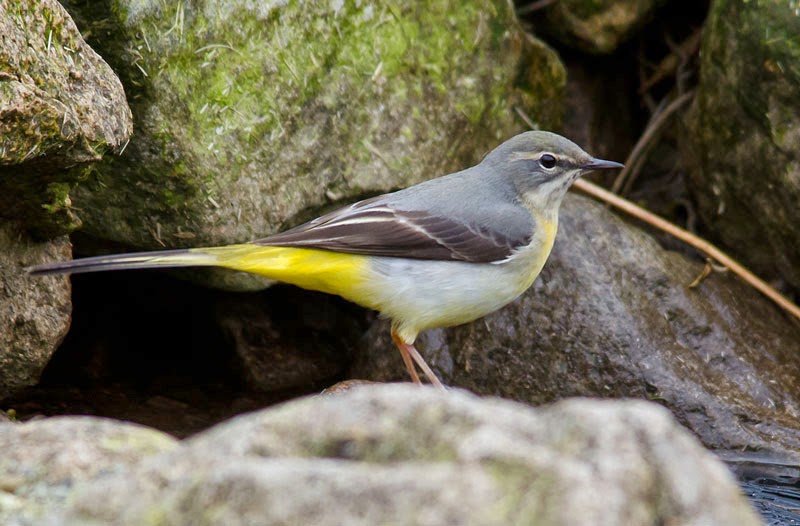 A pair of Slavonian Grebe were dancing on the loch... 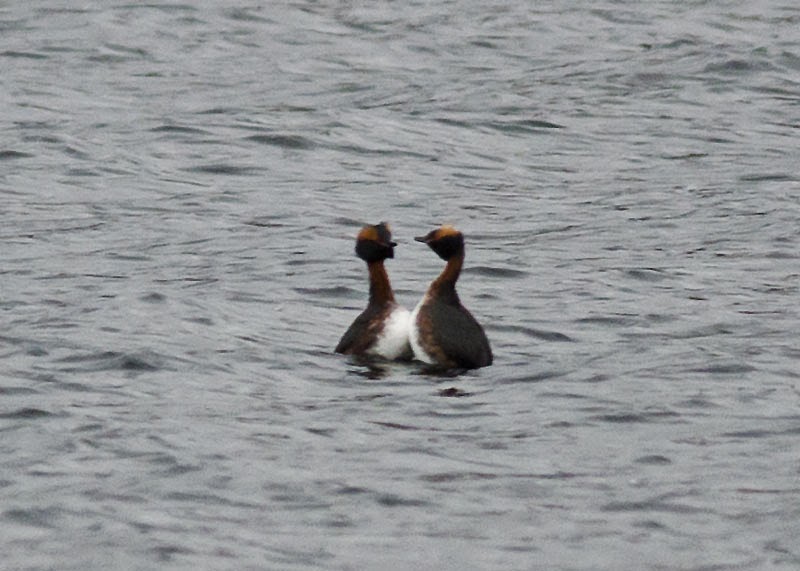 ...while the Goosander were not going to hang around. 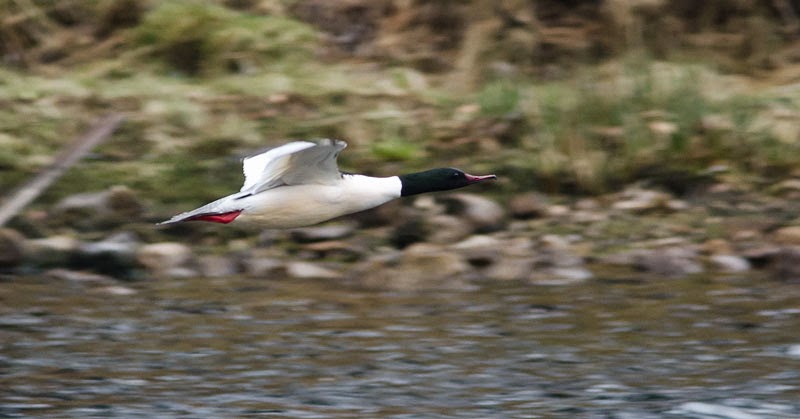 A Whooper Swan was a bit more obliging though. 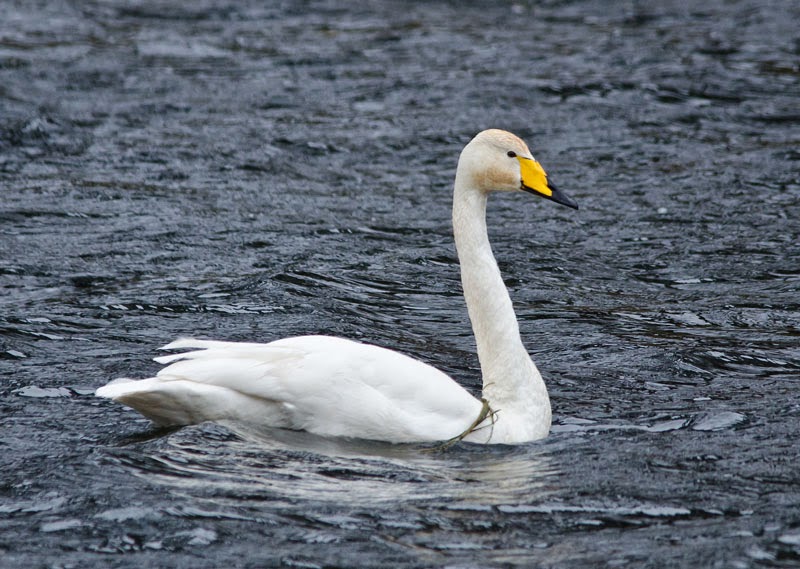