A quick trip out turned up a nice surprise. There wasn't much around when I parked the motor, a few Common Snipe had come out of the iris bed at the side of the road so I thought I'd scan around to see if there were any more. I put the bins up to look at a small wet area and there was a bird bobbing up and down in the irises - Common Snipe don't do that so it had to be a Jack Snipe but I couldn't see much of the bird. I stepped out of the motor with the camera, pointed it in the right direction and managed to get a couple of snaps. 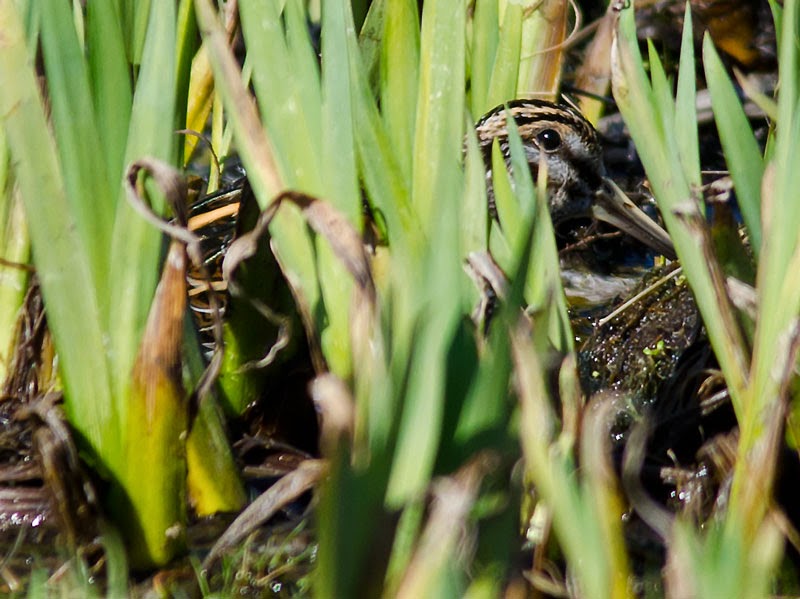 A run out with Aly and Dave the following day turned up another surprise. A pair of RB Merg were quickly followed by a pair of Northern Wheatear. The female bird was the first one I'd seen this season... 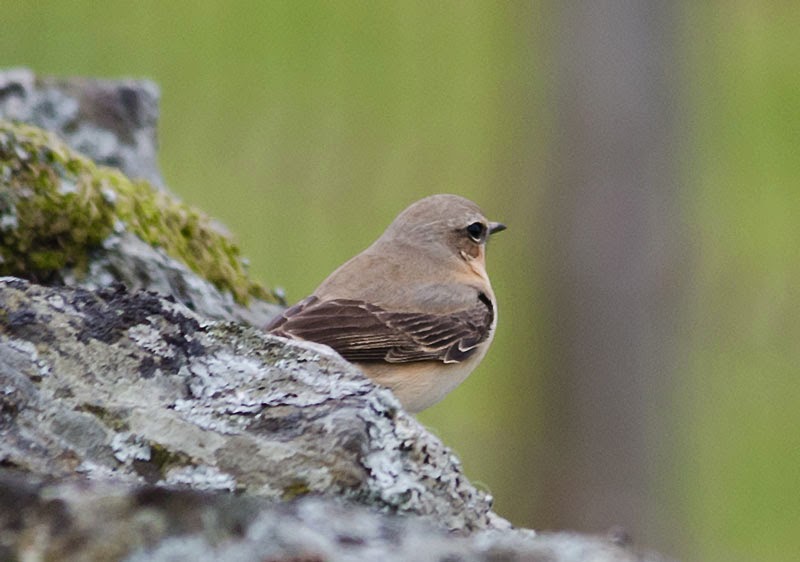 ...and the male was doing his best to win her over. 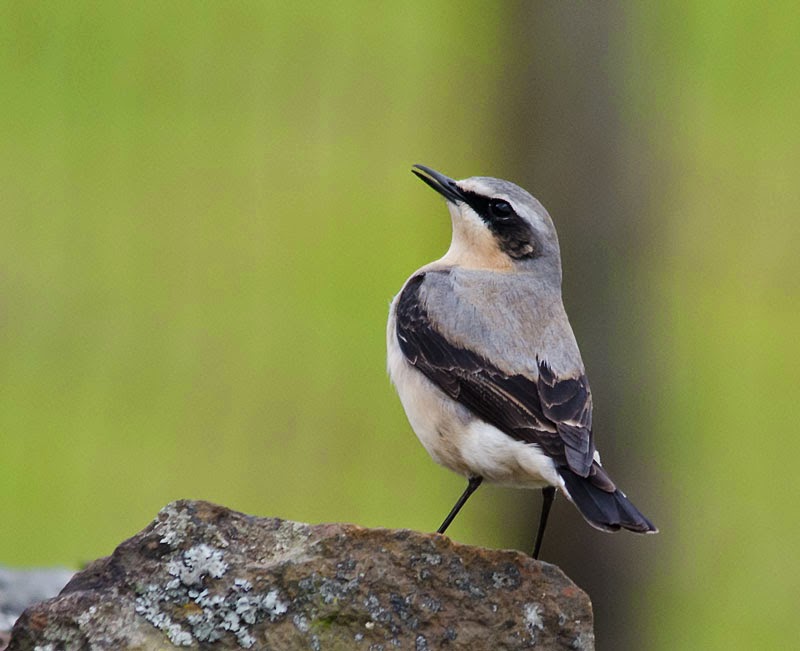 A herd of Red Deer were seen and a small group of stags before we had some stunning views of White-tailed Eagle. 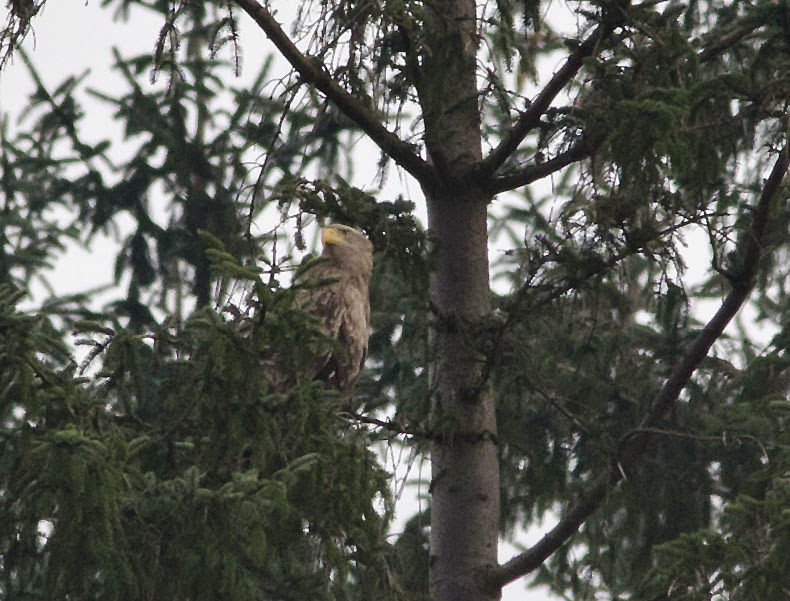 This Adder is lucky to be alive as I nearly ran it over! 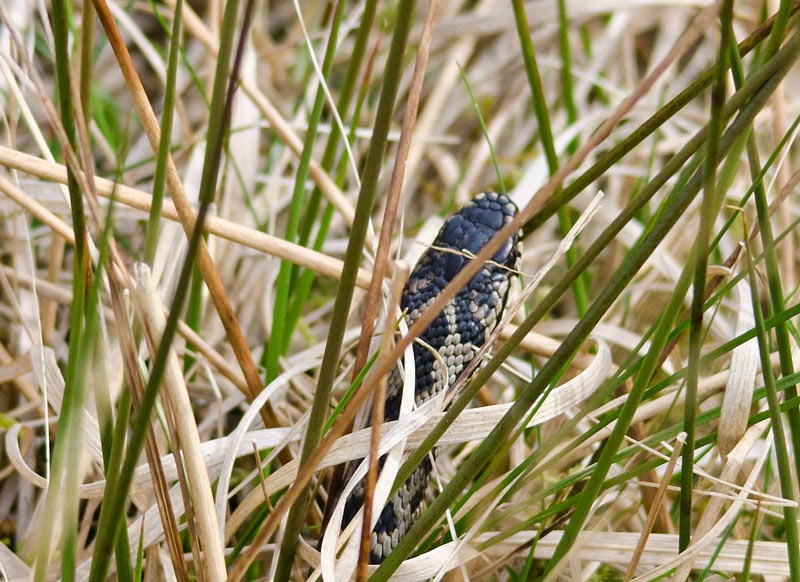 A Golden Eagle was flying around as we parked up for lunch - I was a bit slow with the camera though. 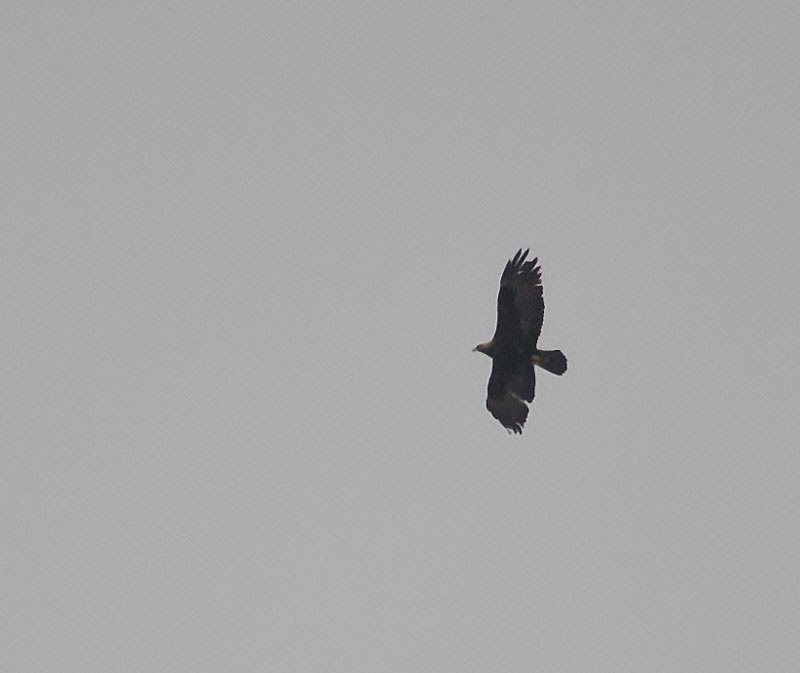 A bit of a search around gave us views of another three Adders including this handsome beast. 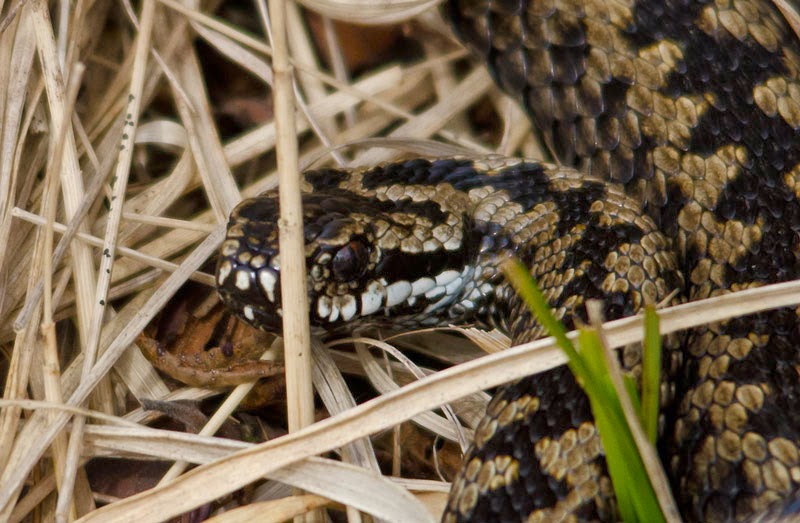 A trip to the beach produced good views of Rock Pipit... 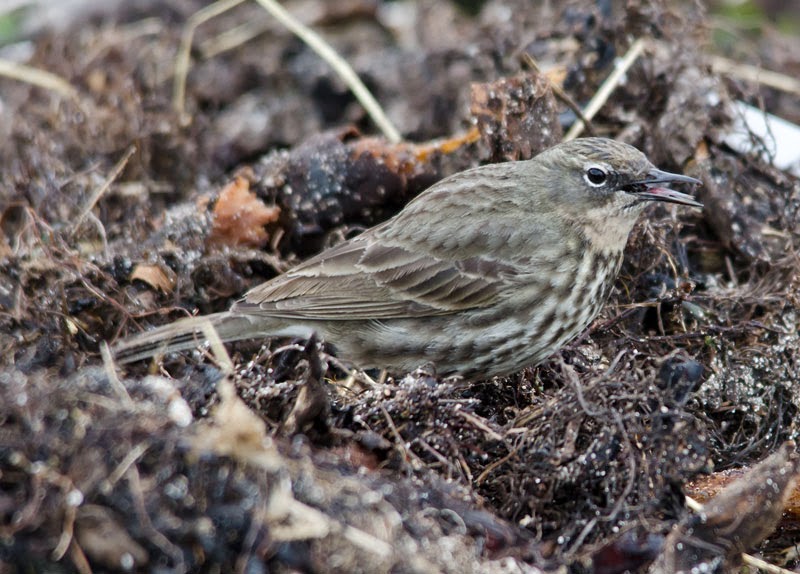 ...and a pair of Shelduck - that's a seriously square head! 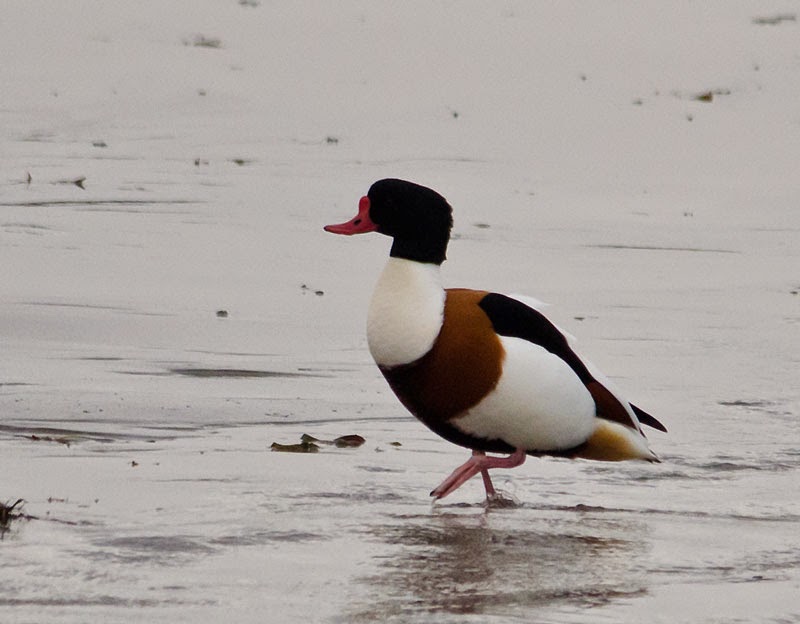 Another beach visit gave us Common and Grey Seal, Reed Bunting, Skylark and then this stunner dropped in beside us. This Lapland Bunting was real surprise and a pleasure to see at close quarters. 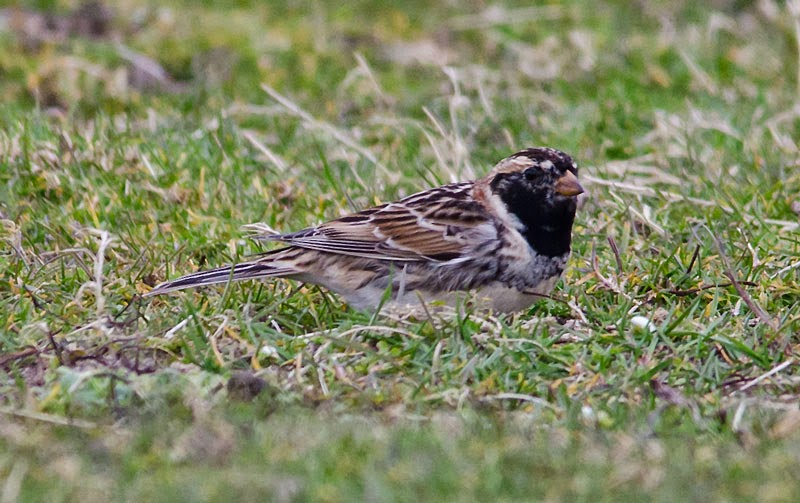 We had to search around for the Mountain Hares and we found three distant ones - this one was close to the motor when we returned! 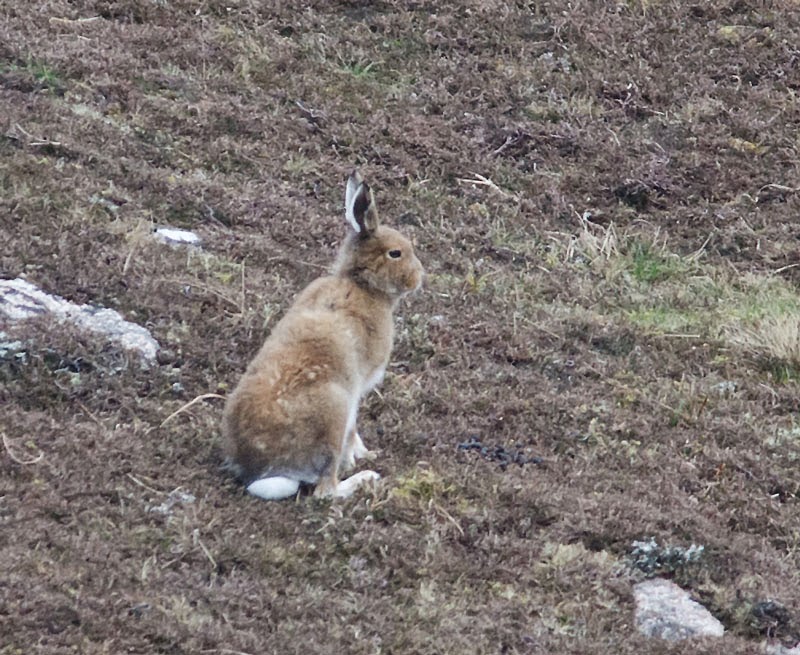 Thank you for a brilliant day out. We saw the White Tailed on our way to the ferry this morning sat in the trees opposite the nest. It's great to be able to look at birds and know what they are now. Still no otters, despite hours looking for them! We'll be back next year, I'll be in touch!! Aly.