The weather was a bit changeable as I headed out to hunt down a certain pair of WT Eagles. A female Hen Harrier was hunting along the road so I stopped to get a few snaps - they never stay close for long but they are always nice to see. 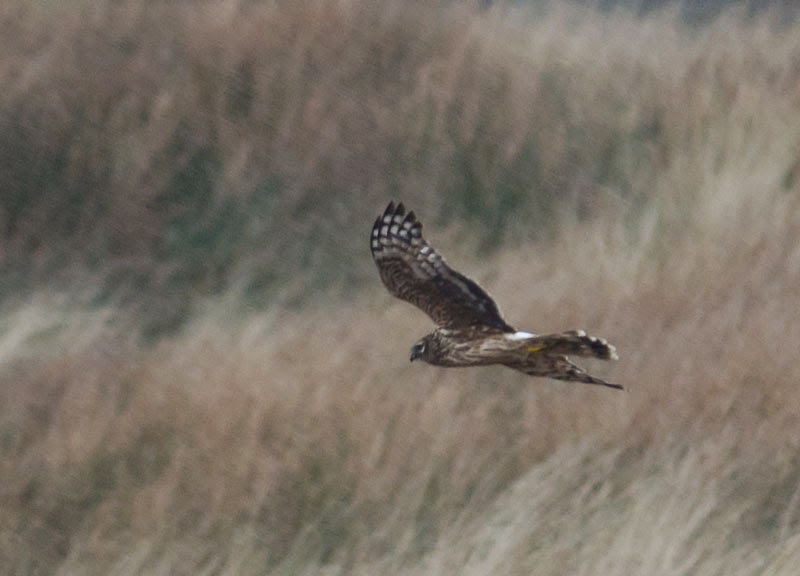 A GN Diver was loafing near the shore so I gave it five minutes of my time. It was nice to see the bird is starting to change it's plumage - you can see the spots on the wing in this photo.

As you can see it was nice weather for ducks. The colours on this Mallard stand out well even in dull conditions. 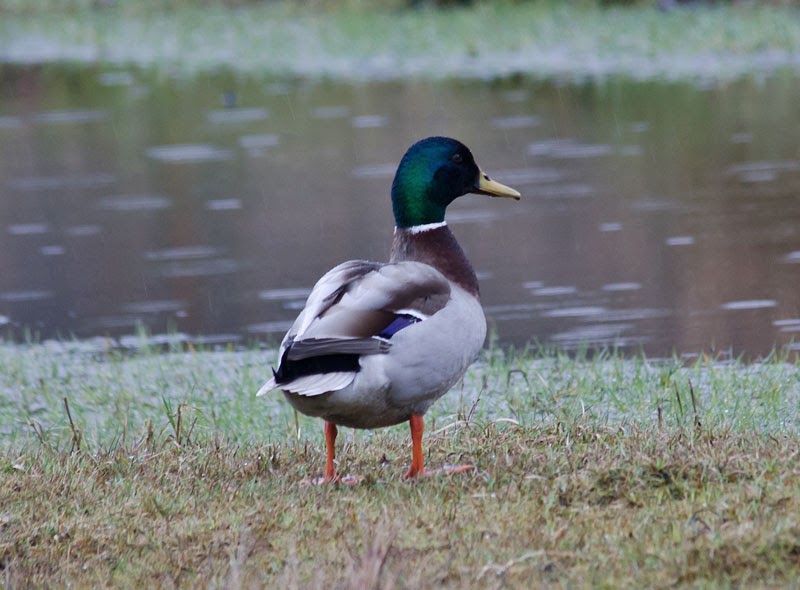 I was kept amused by the Meadow Pipits that came quite close at times. 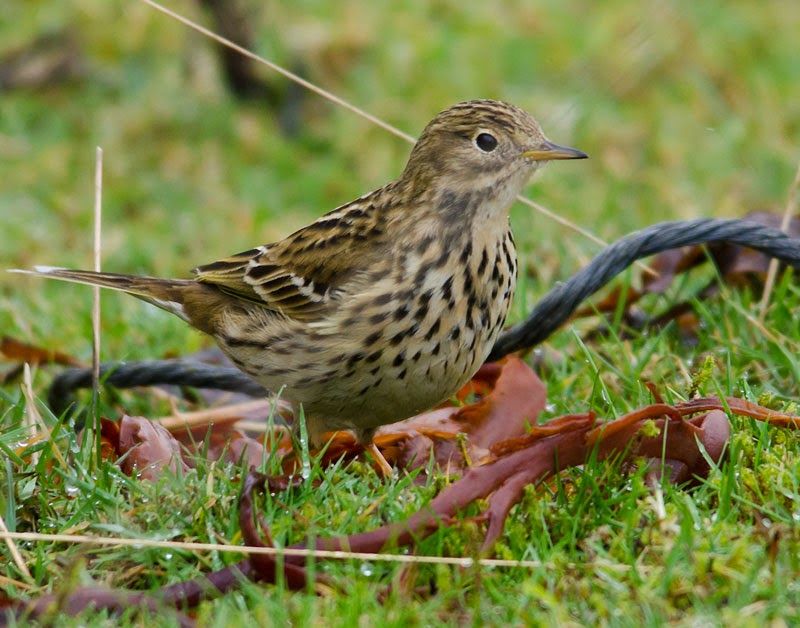 After about an hour of waiting a WT Eagle finally put in an appearance. This eagles closest species relative is the vulture - short tail, long broad wings, hatchet bill and a droopy neck. 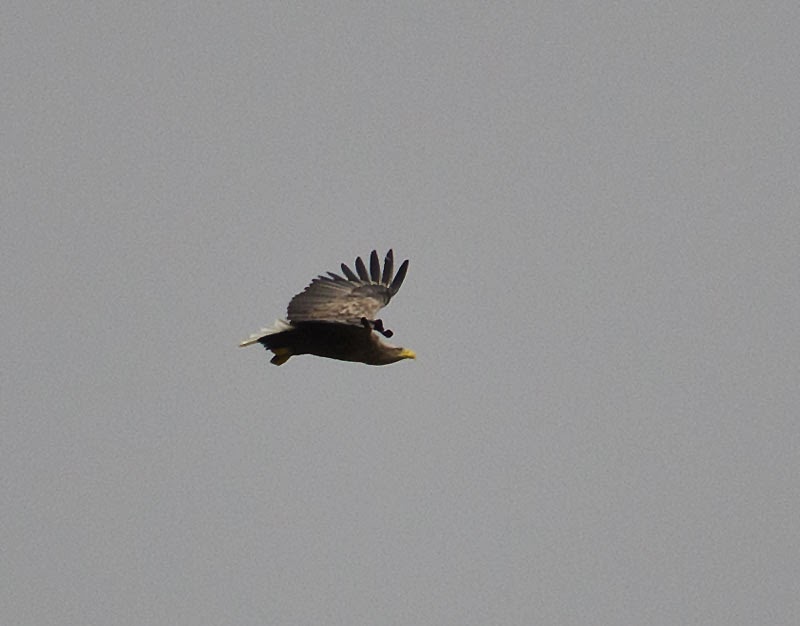 I watched the bird disappear and then went looking for where it was. I wasn't expecting to find it straight away but when I got to the right area there were two birds on show. One bird changed it's perch and struggled to find a decent place to land - it's a withering look it's getting from it's mate! 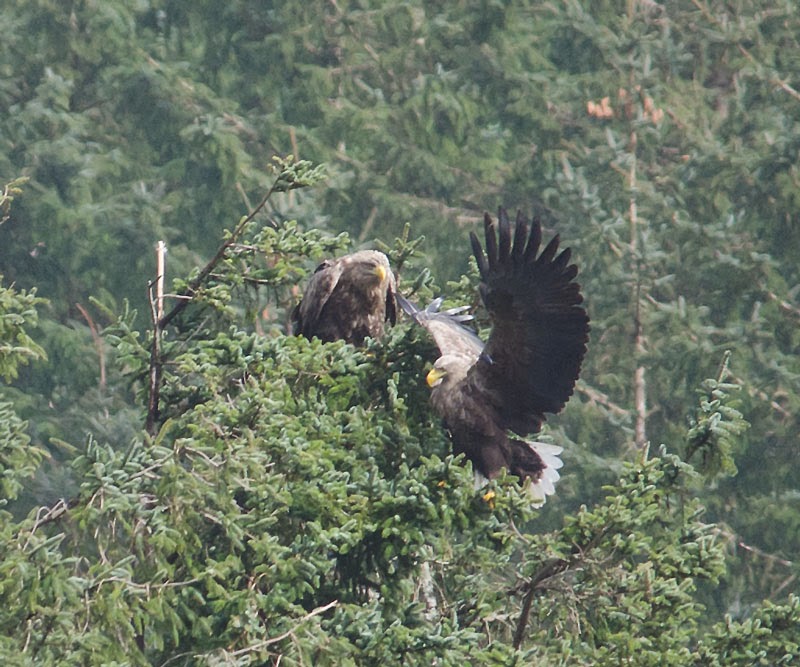 A couple of Crossbills were making a bit of noise behind me so after a bit of searching I caught sight of one of them through the tangle of branches. 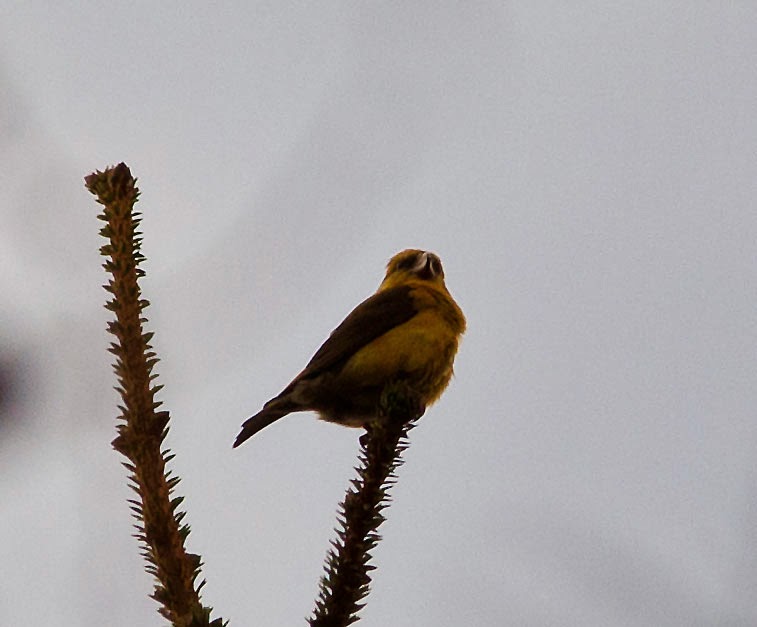