How big is that bird?

Doc and I on the road again. We found an Iceland Gull among a few other gulls, Common and Herring, and you pick out the colour of the bird, long white primaries and the size compared to the other gulls. When a Barnacle Goose wandered across it gave a whole different size comparison. Big gull or small goose doesn't matter but there is only a couple of centimetres difference, in length, between the birds. 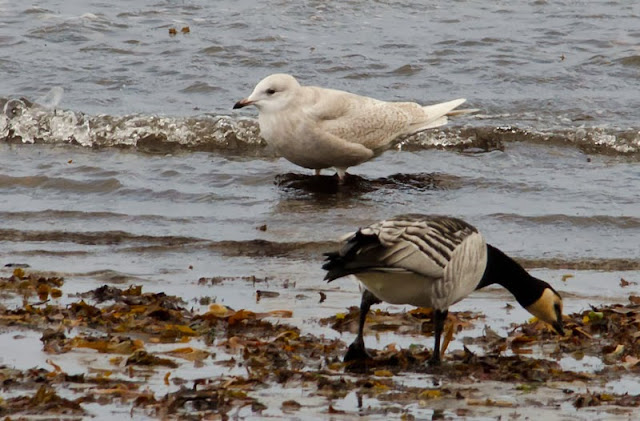 If I'd said I had seen a gull that was as big as a goose, I'm fairly sure you would be thinking what gull is as big as a Greylag or Canada Goose! A bit further along the shore there were a couple of Goosander - lovely birds to see. 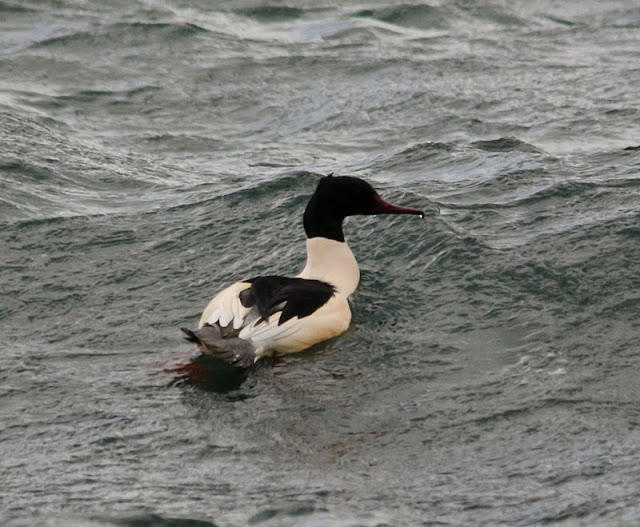 A Golden Eagle was found sitting on the top of a hill... 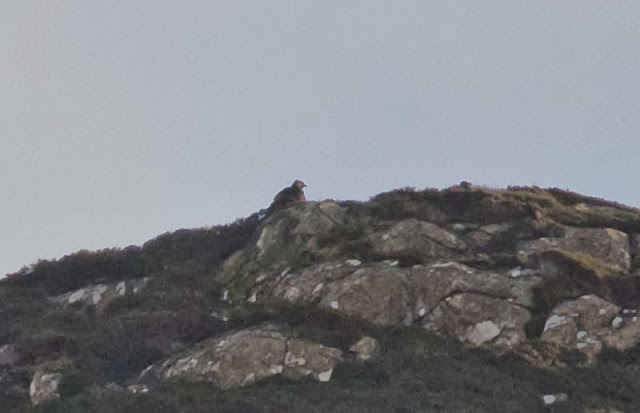 ...while another was seen to fly along the ridge and out of sight. It didn't look like things would get any better until a change of location saw another Golden Eagle flying past but this time it was below the road! 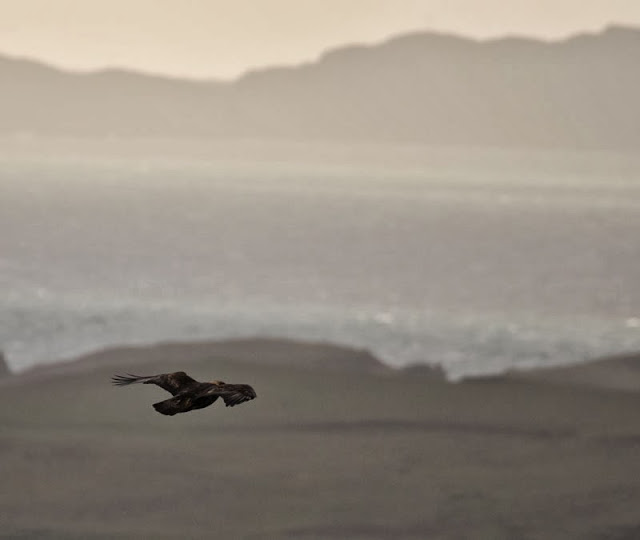 It did hang around long enough to get a much better view. 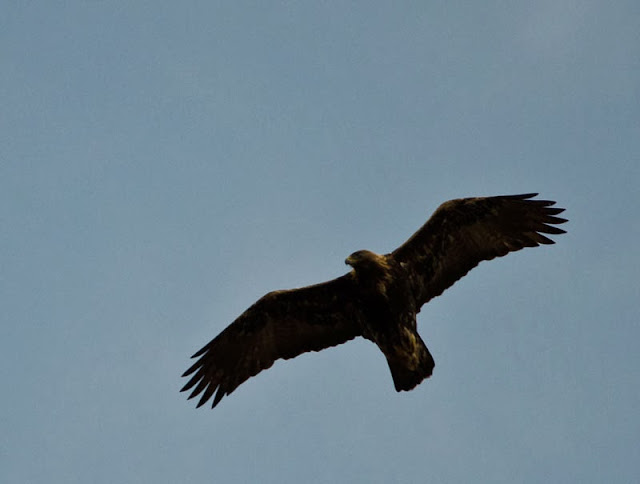 A family of three Otters were seen but too far away for photos and invisible in the choppy water so it was nice to get one crossing the road as it headed up the hill. 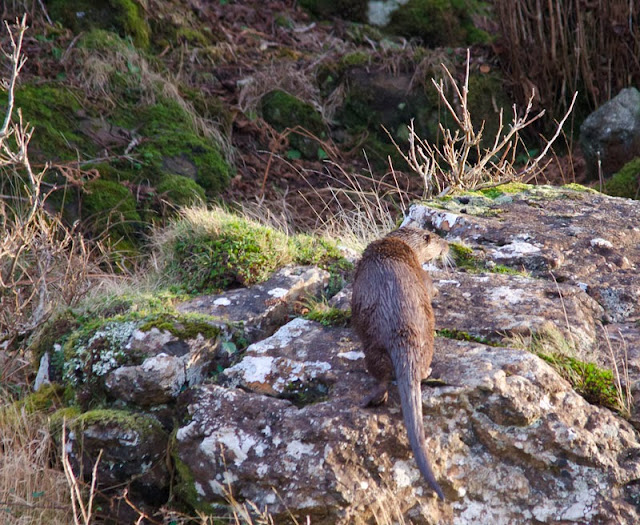 Another two Golden Eagles flying past was a nice finish the day. Thanks, Doc:-) 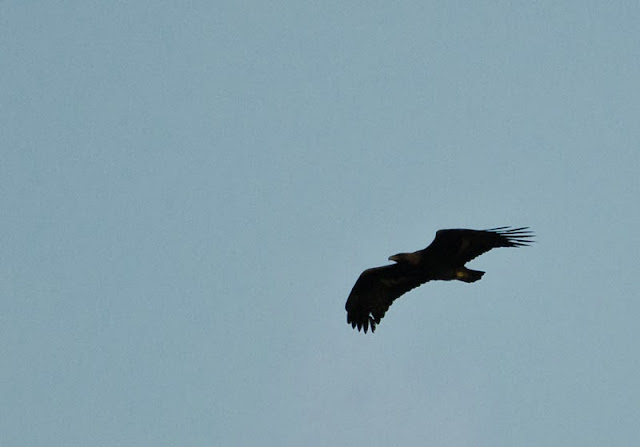 I'll wish you all a Merry Christmas and a wildlife filled New Year - all the best!!
Posted by Bryan Rains at 07:25

The same to you, Bryan!

Sounds like a great day. I hope to get a better view of an otter one day than the brief one I had on the Isle of Skye a couple of years ago.

Merry Christmas and all that bollox !