I had a quick look for the Glaucous Gull but there was no sign - it must be about somewhere. The Turnstones were hiding amongst the seaweed while the tide was in. 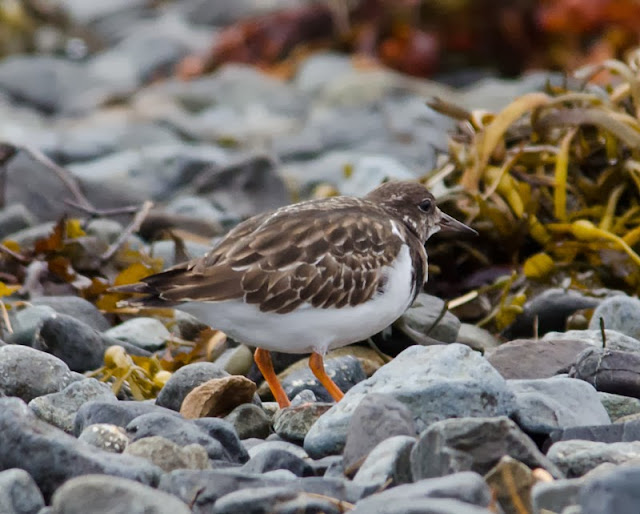 A few RB Merg were making their way up a river so I waited behind some cover and managed to get a few shots despite the stiff breeze. 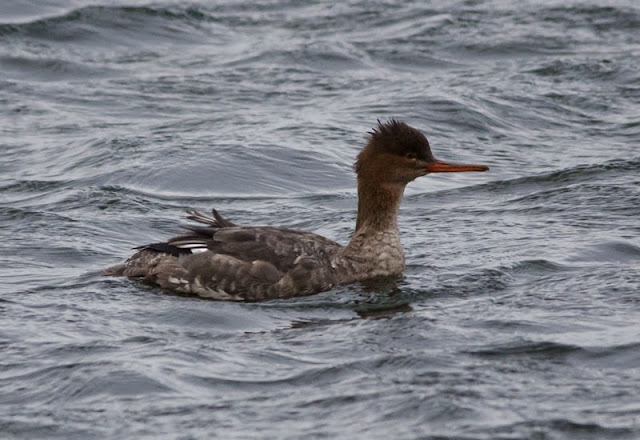 You can see the wind was quite strong by the stance of this Grey Heron. 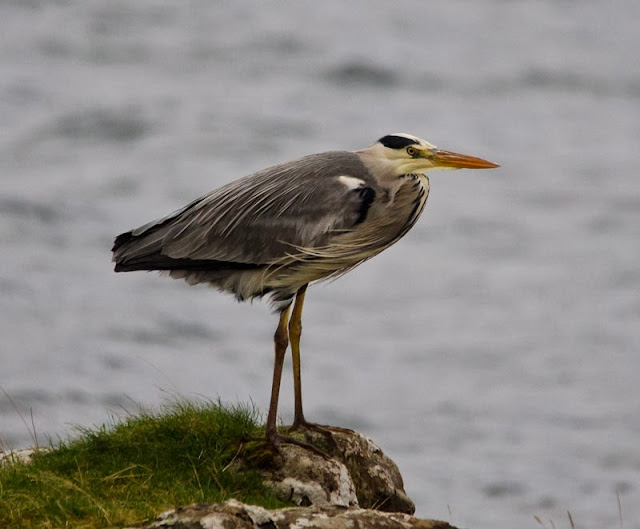 The Turnstones were still present when I returned so I had another go at them. 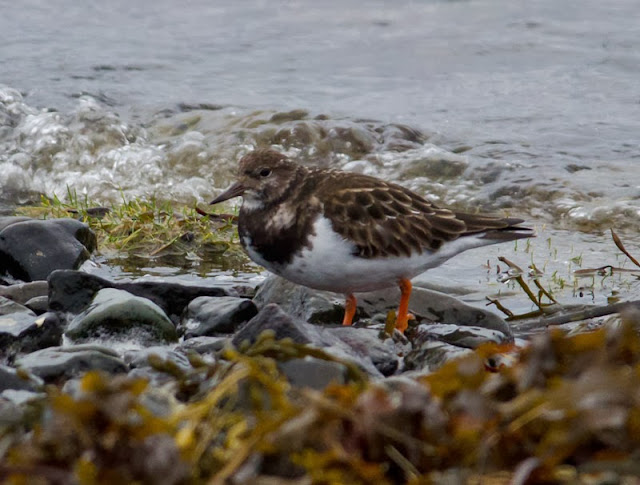 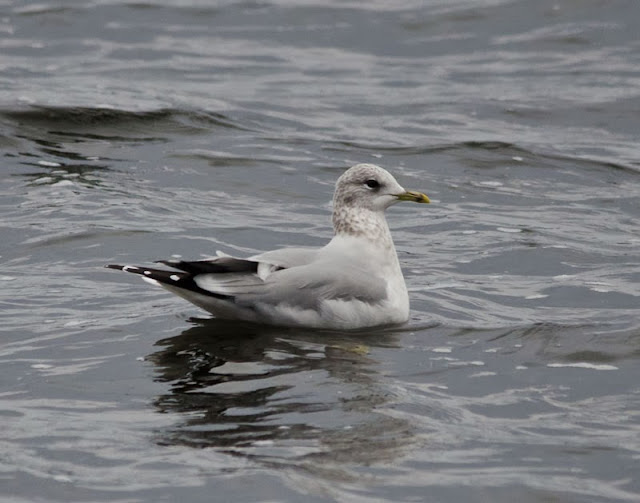 ...and a Greenshank was activly feeding along the strand line. 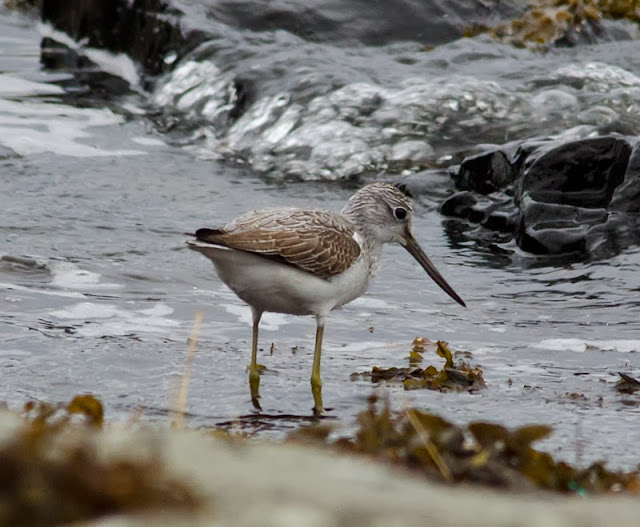 Another run out to look for a couple of wing-tagged WT Eagle was a fruitless search but I did get good views of a female Hen Harrier. A Black Guillemot was on the patch but just too far out for the camera. 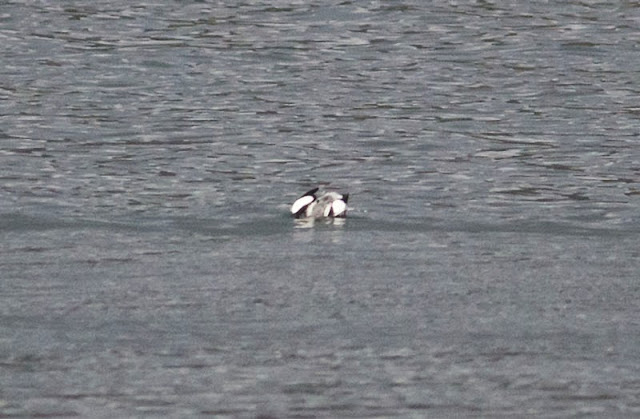 A Shag and a GN Diver were fishing in the same spot in a choppy sea. I wasn't sure what I was seeing as they surfaced alternately and then disappeared in the chop but eventually they appeared together. 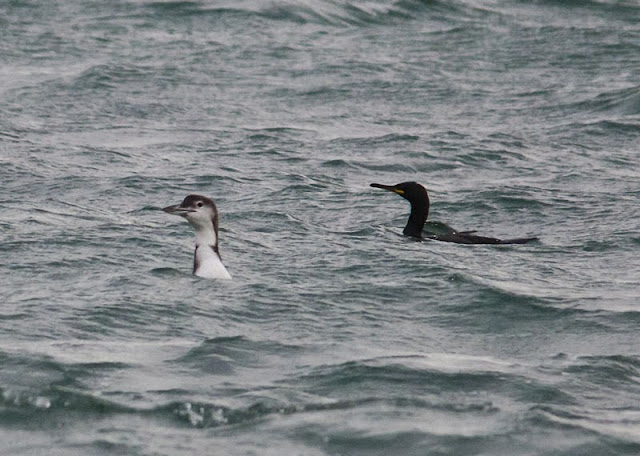 There were plenty of Oystercatchers on the beach... 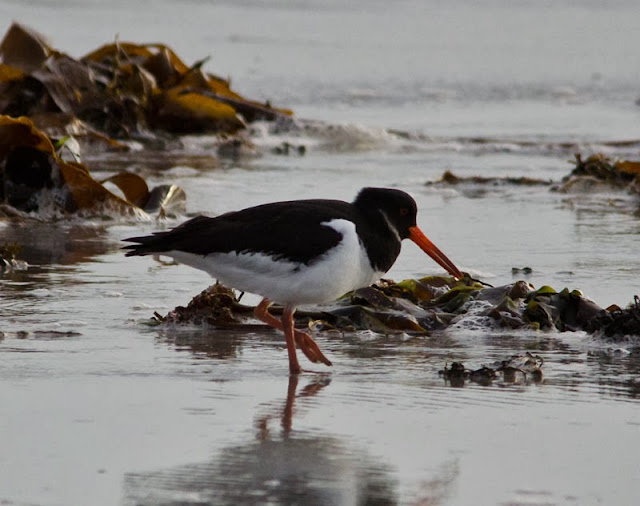 ...and a bigger group of GN Divers were seen at the days end. There are 10 birds in this group, one behind the flapping bird.

Superb photos, Bryan. I think I have to say the last one is my favorite. Or is my favorite the grey heron? or is it merganser? Tough choice!