Thursday I had to go to Oban and news had filtered through that there was a Pied-billed Grebe on Mull. As soon as I got back to Mull I headed for Salen to see if I could locate the bird. The tide was really low and there was no sign so I let it go as I was going to be passing by a bit later on. Another failed attempt on the way to Tobermory but it was getting dark this time.
Friday I set off early to make sure I caught up with the bird. After scrutinising a couple of distant Little Grebe the bird in question floated into view at which point I got a stunning photo - you can nearly see some of the relevant features. 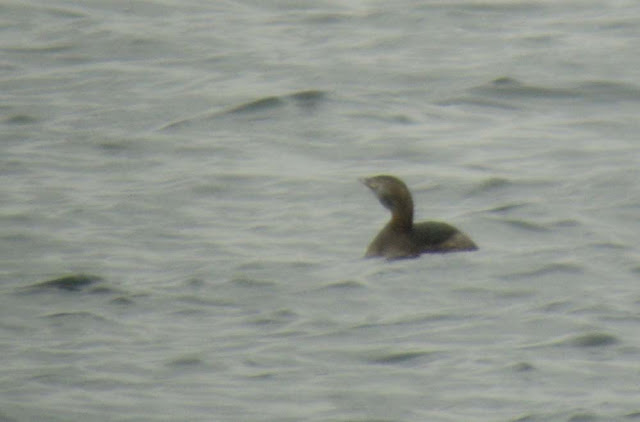 The weather was the best as it was overcast and as the bird appeared the wind picked up and then one of my cameras packed up too - disaster!! I had to rely on the old Coolpix 4500 which doesn't perform that well in poor light but it was good enough to show how well this bird blended into the seaweed. 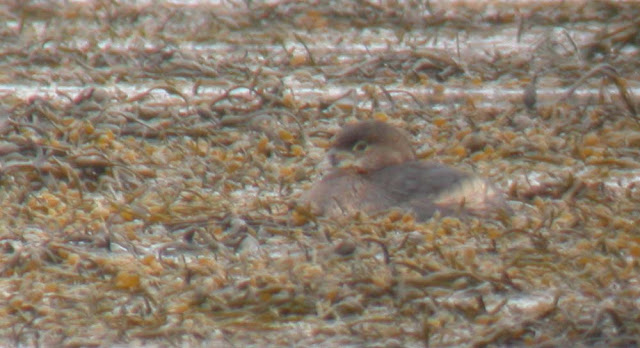 Another couple of shots that show the pied bill.... 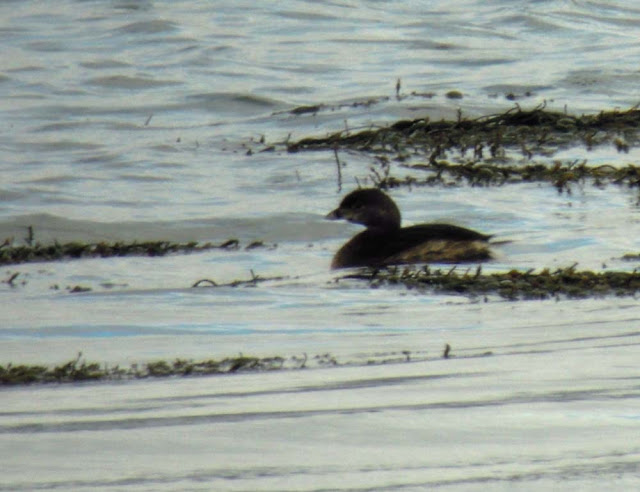 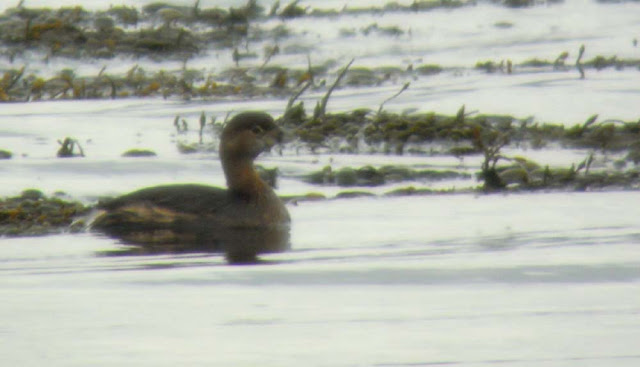 I headed inland from here to head for home and it turned out to be well worth the effort. Two more year ticks at my next stop in the shape of a Bar-tailed Godwit and also a Sand Martin that I picked up while scoping a Golden Eagle - cool or what?! I don't have Fallow Deer at my regular haunts so I couldn't resist this one. 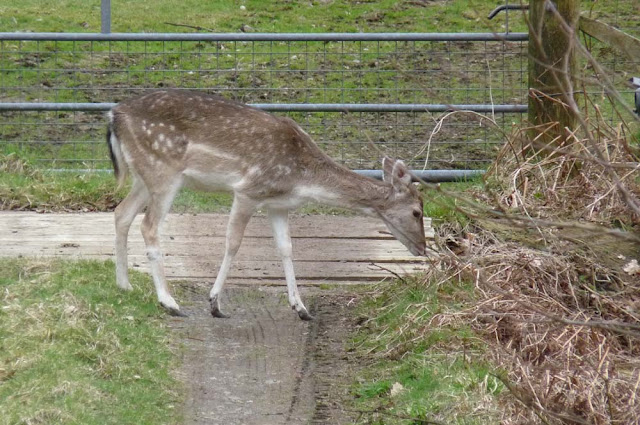 Six Slavonian Grebe just starting to come into Summer plumage were a treat to see as were the two Whooper Swan and this White-tailed Eagle that flew over. 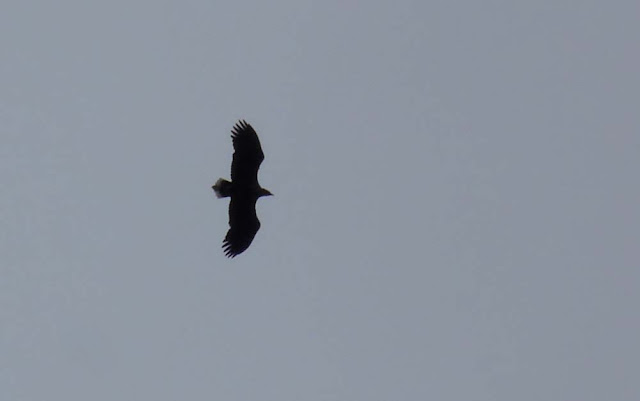 I'd promised to be back at a reasonable hour and time was passing rapidly by so I pressed on. As I drove along I didn't even stop for a Peregrine that was flying about or a Golden Eagle that was displaying but when I spotted this one circling over the road I had to stop...fast - well worth it. 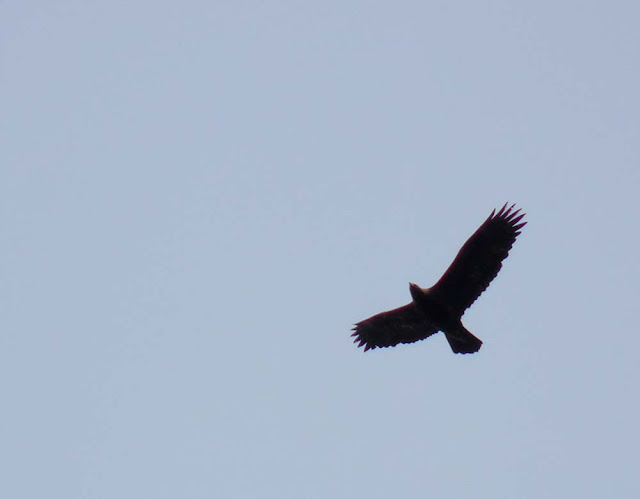 So third time lucky with the grebe and some nice birds to slow me down on the way home - get in there!!
Posted by Bryan Rains at 18:43

Well done Bryan not many chances to get a Pied Billed Grebe so close to home persistance paid off and other nice sightings and pics as well,thank you for a nice blog.Do you belong to Mull Eagle Watch which I assume in operation now or will soon be.

Cheers Den. It was nice to catch up with another Pied-billed. As far as Eagle Watch goes anyone who looks at the birds is taking part.

So lovely to continue following all of your superb sightings! Can't wait to come back, but it'll be 2012! Keep up the great work Bryan! :-)