Sunday was another cool and overcast day but we headed out for a walk anyway. I was keen to see if there were any Primroses in flower or Meadow Pipits arriving as they are both late this year. Despite some hard searching in sheltered areas we couldn't find any Primroses except ones that looked like they'd been pruned by the Red Deer - as for the Meadow Pipits not a tweet from them! We had to make do with a nice male Kestrel and a close fly past from two Golden Eagles, one of which is below. 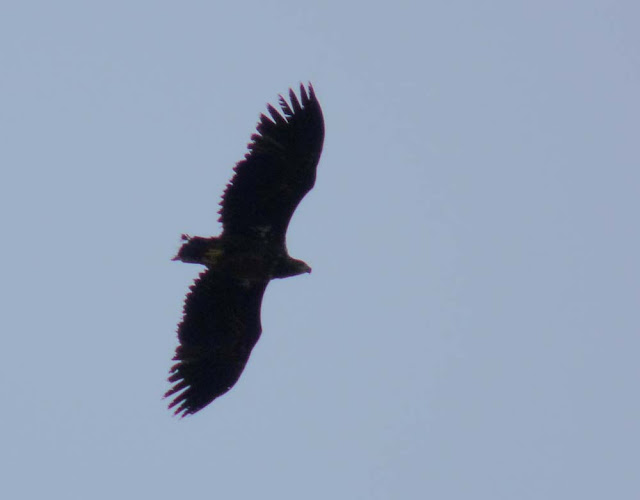 Now for the blog title 'if I had a 'hammer' it would be Yellow and in the garden - like this.... 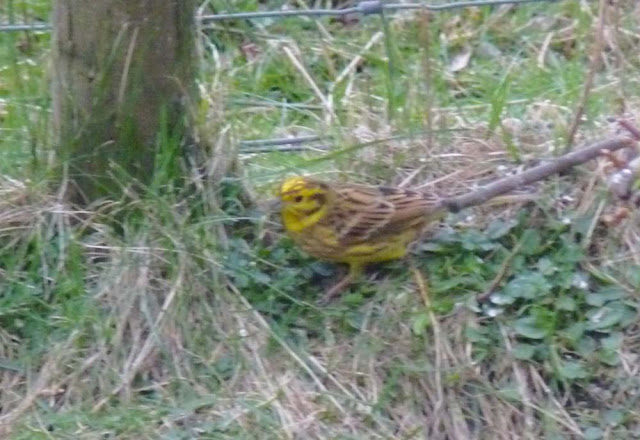 Not a common bird up here but Yellowhammers are always a delight to see. The camera was in the car which was in full view of the feeders but I went out, chased the birds off and then waited to see if it would return. The light was really poor but the bird came back and I got my photo!
Monday was, yet again, overcast and it started to rain as soon as I headed out. I wasn't hopeful of getting any photos but something always presents itself and you have to have a go. The opportunity that I took up was an Otter that was fishing close to shore and decimating a population of crabs which they will always bring to shore. I watched this one bring five crabs out in rapid succession so I had a go with the digiscoping. 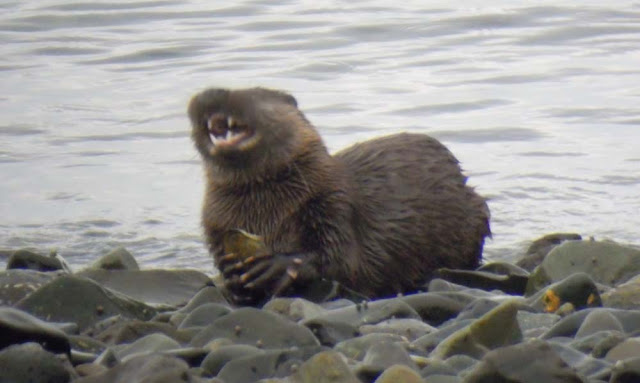 Is this Otter really eating or is it laughing at me?! The only thing for it was to get the trusty FZ28 and get a lot closer. A bit of hide and seek down the shore and I was soon watching from close quarters as a fish was brought ashore. 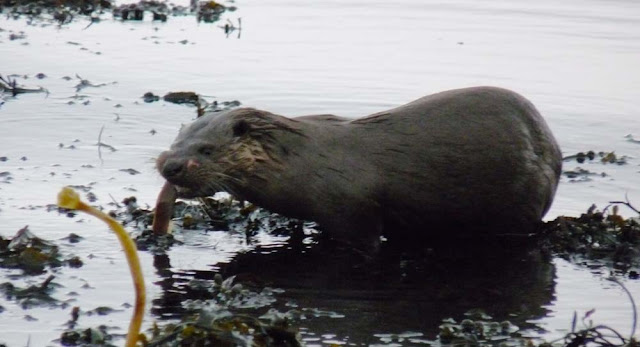 The Otter was making it's way towards me and was soon on the shore again with another crab - if you look carefully you can see one of the crab claws there. 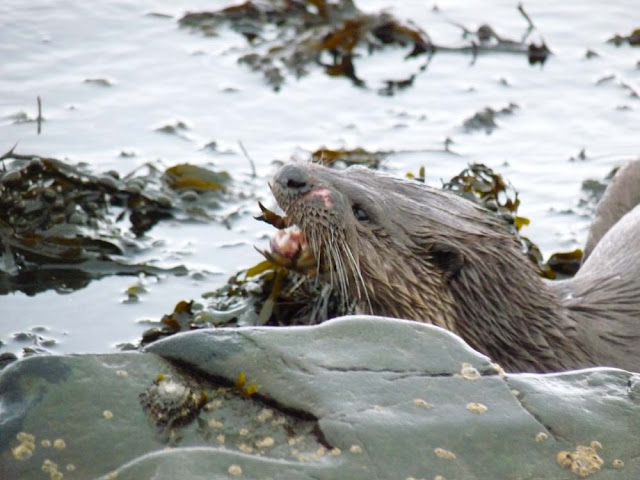 Best of all was when I switched the camera to video mode and captured this...
Not a bad effort considering the weather looked like this - atmospheric. 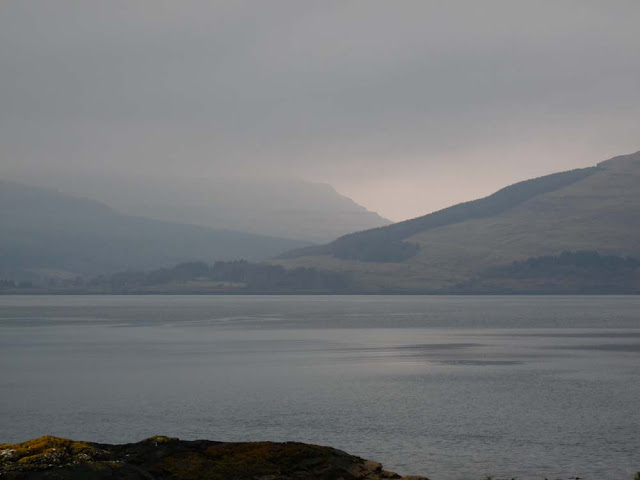 You stole my prospective blog title for today...dammit.

Sorry James. I would use it anyway - if it raises the profile of the bird it can't be a bad thing! Cheers for reading the blog though.

Love the video - looks as though he was really enjoying that crab.

This photography is getting a bit serious, even stalking them now.
Ever thought of doing photographic "one to ones".

Lapland - it was nice reward (for me) on a dull day and the crabs were lovely.

Postie - If sitting in full view with no camo gear is stalking then I guess I am, otherwise no. As for one to ones it must be the way forward;-)

No mipits here yet either Bryan!

Keep an eye on those Otters for me, not long til we're on Mull