Can you tell what it is yet?

The last few days have been fairly similar with the weather still doing the wet thing but it does improve as the day goes on. The sightings have continued to be good but I can't say the same about the photographs so there will be a 'guess what it is' quiz at the end!
Anyway, a quick run down of the last few days first....
Friday gave up some quality views of the Adder despite the rain. The wee beast was found 'basking' in the rain and being cold it made a very slow exit for a change. I didn't have the camera with me as it was too dull and wet:-) The Otter that we located on the day performed very well and had a bit of a kip... 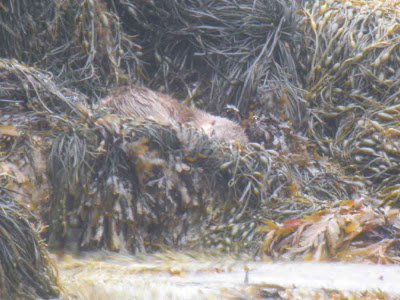 ...as another beast put in an appearance. As you can see from the photo the conditions were not the best. A brief view of a male Hen Harrier was had but the WT Eagle family sitting around in the rain was probably the best sighting of the day.
Saturday was a day with a dull start for weather but cracking for the wildlife. We'd rattled off the WT and Golden Eagles along with an Otter before lunch. The sightings of the smaller birds through the day were superb with cracking views of Whinchat, Stonechat, Linnet, Wheatear etc on the land and good views of Manx Shearwater and Gannets at sea. Two male Hen Harriers were seen on the day with both of them giving excellent views. We'd had a cracking day but reckoned it would be nice to round things off with a good view of an eagle in flight - what a surprise to drive round a bend and find this flying around. 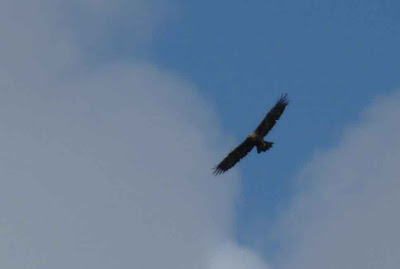 Sunday was a day off decorating so we'll move on to Monday which had a dreadful start in the rain. We still managed to pick up a few Dunlin and Mountain Hare and the promise of the weather improving. As usual on days like this you just plug away at the commoner birds and then it all goes BANG! WT Eagle sitting in a tree then flying off, 10 Golden Plover, 6 Dunlin and a Black-tailed Godwit that were probably brought down in the poor conditions earlier in the day, a RB Merg and a Golden Eagle were all seen in about 45 minutes! An Otter was picked up not long after that and we managed to follow that one along the loch for half an hour.

We finished the day with another Otter and cracking views of Golden Eagle flying around.
Time for the quiz now - feel free to leave your answers and you could win an imaginary pint! The pictures haven't been cropped, just reduced in size - go on have a go, you know you want to;-)
A starter for ten...it's an Oystercatcher but what's the other bird behind it? 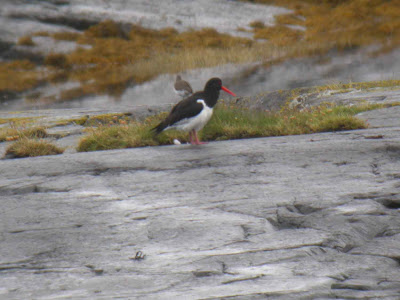 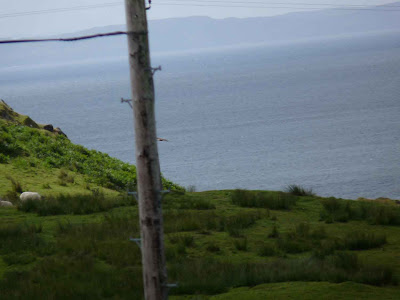 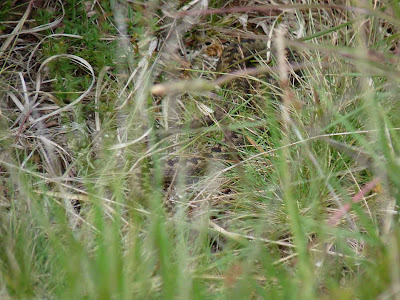 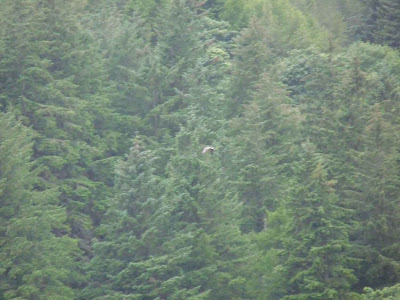 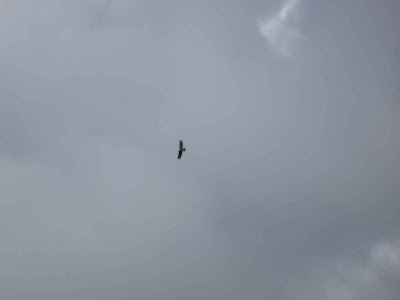 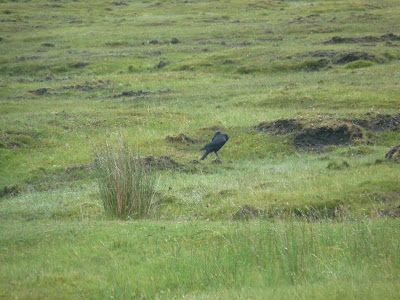 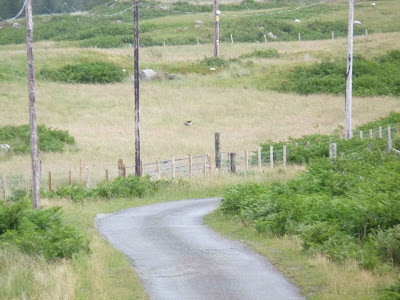 Common Sand on the first?

See you next week for a pint !!
Malcolm PKC

do i win a prize?