First of I'd better give the answers to the quiz....in the order they appear Common Sandpiper, Hen Harrier (fem), Adder, WT Eagle (adult), Golden Eagle (taken at the same time as the one in the quiz post!), the one that fooled everyone is a Jackdaw and the last one is a male Hen Harrier. So the imaginary pint prize to Mark, Malcolm can have a gulp and Thing can have a sip!!
It's been an interesting week full of surprises. Monday turned up a wedge of waders with 8 Golden Plover, 6 Dunlin and a sumplum Blackwit just after we'd bagged a cracking adult WT Eagle. Good views of a couple of RT Diver showed the intricate marking on the neck. Tuesday was more of the same. We had an Otter and two WT Eagle on the list before we had everyone on board but they were found for the other guests through the day. The weather was pretty poor in the morning which spoilt the WT Eagle photo... 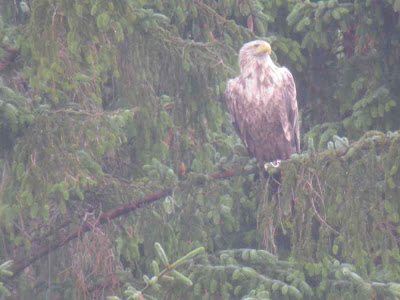 ...but less than an hour later the weather was improving. This Buzzard is a proper poser. 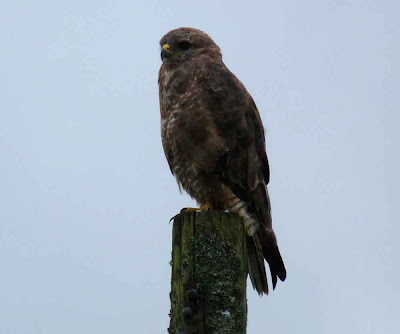 The day carried on in the same manner with plenty of good sightings to keep us going. Four RT Divers today and cracking views of a male Hen Harrier. How do they get away from the camera so quick?! 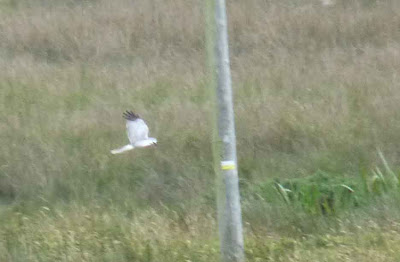 While we were out I was informed that the RNLI fundraiser was on that evening and not to be late back so that put paid to any thoughts of blogging. The evening arrived and we set sail around Iona checking out the Common Seals on the way. 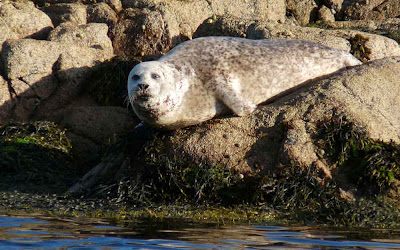 Just look at the sunshine too! We all kept our eyes open for the BN Dolphins that had been seen in the morning but it wasn't looking too hopeful. We chugged over to see the marble quarry in better light this year. 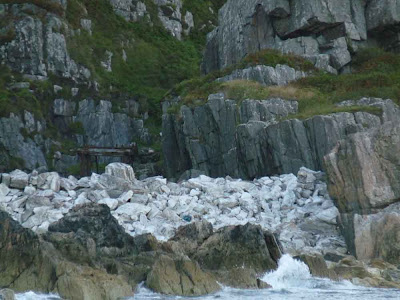 As we headed around to the West side of Iona a Bonxie cruised over head and I just gawped at it before getting the regulation bum shot:-) The sunset was looking like it was going to be a good one as we were regaled with tales of yore and listened to the traditional music from the local musicians on board. We suddenly changed tack and started heading out West before slowing and word filtering through that a Dolphin had been spotted but no further sign. Just before we cruised back towards shore they broke surface again and started heading towards us - what a treat!!

We had spectacular views of the other isles to the North and West of us as the sun began to sink towards the horizon.

Here's a wee taste of the atmosphere on the boat.
With the raffle and the auction over the sun had finally disappeared...

...before we left the boat to head for home. 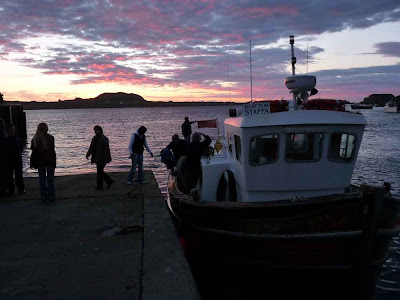 Another very worthwhile trip out with over £800 raised.
Posted by Bryan Rains at 18:41

How you managed to play the whistle and pan the camera at the same time was astounding to watch.