Well, this is me back in action! It would take too long to go through a week of sighting so it'll be highlights for this one. The weather has finally turned and given us some well needed water. On July 1st there was more rain than we had in the whole of June and it's rained every day since. Don't get me wrong on that one though, showers have been the order of the day rather than persistent rain. 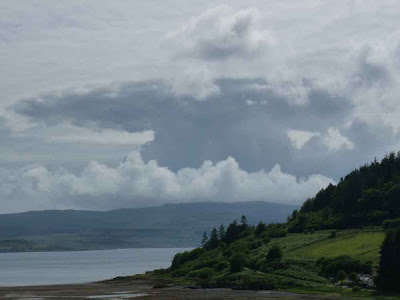 The sightings have been fairly normal but there is a build up in numbers of birds. We watched a Buzzard hunting over the aird, putting up all the waders, and we counted 20 Curlews. That's the most I've seen, in one go, since the winter. We had a cracking sighting of a young Curlew yesterday as it ran down the road in front of us and then across the moor. The bird was more interested in us than where it was going and the inevitable happened, it tripped over - well funny! 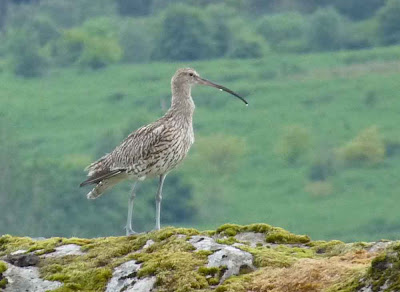 The Red Deer are still in velvet and looking very smart but they should start to lose that sometime this month and get back to the regal look. 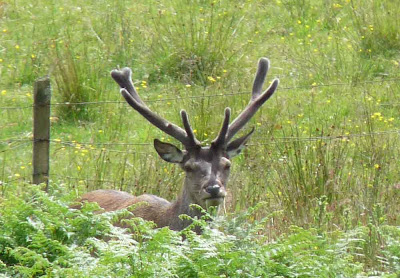 The Rooks on Iona have fledged young now and they have started bringing them over to Mull to feed the youngsters up. 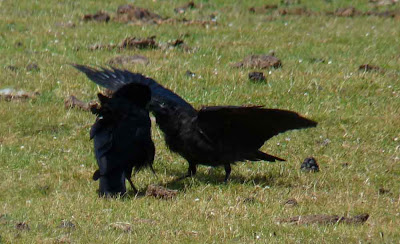 We had an exciting visitor to the caravan the other night. As we walked in this huge thing started flying around, it sounded like a B52 in the enclosed space. I managed to get a quick shot of it before it was captured and released - an Elephant Hawkmoth! 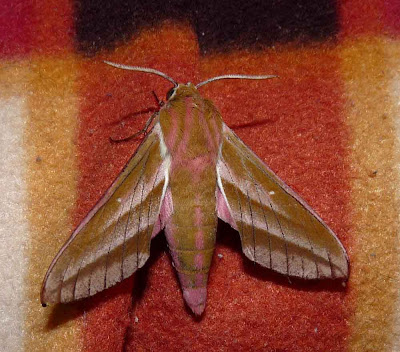 The Hen Harriers are showing pretty regular now with both male and female birds out hunting. This is a sure sign that there is a low vole population as the male bird usually supplies all the food on his own. 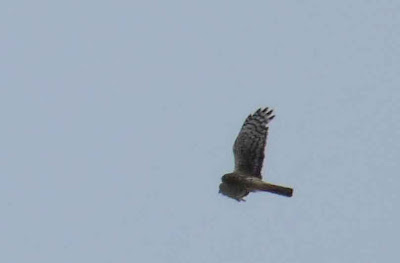 The Golden Eagles are still showing well and the youngsters should fledge at the end of this month. WT Eagles are at the same stage and showing well. There are roadworks on my patch at the moment so there have been some delays but these delays have produced some good sightings. We got a superb sighting of an adult bird being mobbed by Ravens one day... ...and an even better fly past on another day. 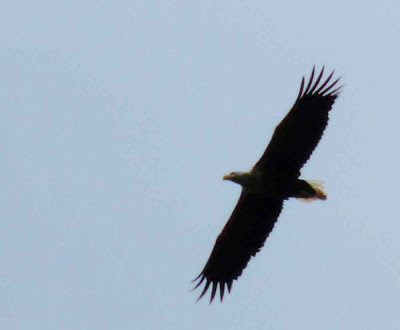 Otters have shown well too as you can see from the video below.
Finally I have to give my congratulations to two guests that I took out on Friday who are getting married today in Tobermory. All the best for the future Ann and Simon.
Posted by Bryan Rains at 09:20

So pleased to see you back blogging - I've missed you even though I don't often (if ever?) comment. Your photos are terrific and I'm determined that when we come to stay with your neighbours F & N next May, we're coming out with you one day... (but fingers crossed the adders don't come out early: I'm petrified!)

The first photo of the clouds is spectacular, and the rest of them aren't too shabby either! The deer in velvet is really up close and personal. I really liked the curlew photo and story; too funny.

Glad to see your blog back in action. Missed reading about what was happening on the island.

Thanks for reading and the comments, folks. It's good to be back blogging again.

Thanks for a wonderful day & great to the see the pic of the wte. Great memories thanks again. Louise & Martin