Wednesday was overcast with a chilly wind so not great for photos but I was out anyway and you have to keep your eyes open! Six White-fronted Geese in a different location to the usual bunch were a good find as were a flock of 8 Skylarks. 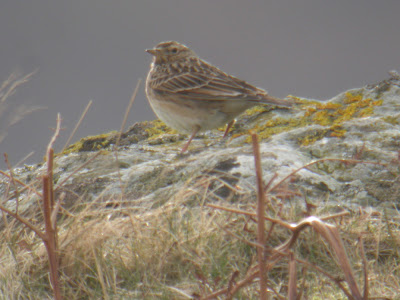 A male Hen Harrier put in a brief appearance while I was watching a lone Adder make it's way through the bracken. 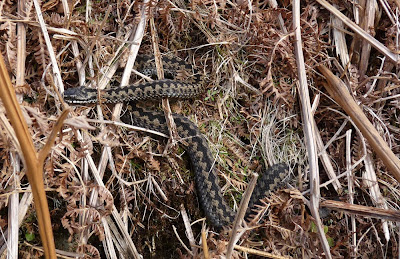 Two Lesser Redpoll flying around calling to each other were the first I'd seen this year. I headed off round the loch in the afternoon and soon caught up with three Otters at a fair distance before getting a GN Diver close enough to photograph.

As you can see by the water the conditions were not the best so I was making my way back home. The view as the sun was going down was quite pleasant in a sheltered corner. 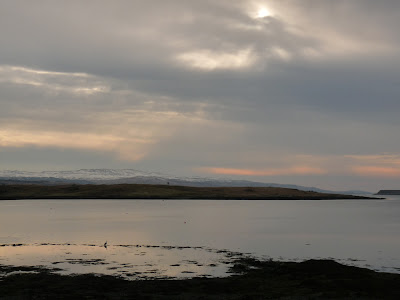 On my last stop a mum and cub Otter were in the shallows but just moving on as I arrived. A good hour was spent watching and waiting as they moved in and out of cover. A flock of 14 Turnstone were flying around as the tide came in.

Thursday I was out in pleasant sunshine but I had left the camera gear at home. I did get a photo of a Song Thrush before I headed off... 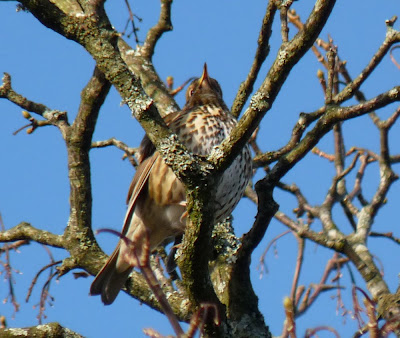 ....and the only other good thing I saw through the day was a male Hen Harrier. The sunset was pretty spectacular when I got back home. 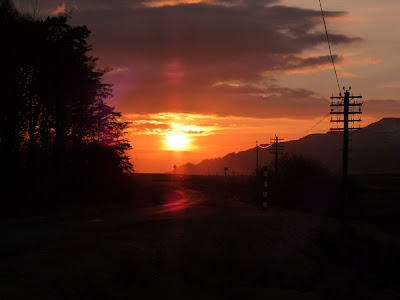 Friday was a day of showers with a bit of a breeze blowing but it looked like it would be worth a run out. I picked up PS on the way and headed for the main flock of WF Geese...

...27 birds all present and correct but no sign of the other six birds I'd seen yesterday. We had a good look at the Skylarks, Lapwing and Golden Plover before locating a single Snipe in the rough. The weather started to change for the worse as PS was taking a few snaps of an Adder and it was looking like we might pack up for the day. We decided that it might just be worth our while to stay out if we could get some views of the big three between showers. It turned out to be a good call. The worst of the rain cleared off while lunch was being consumed and we headed off into sunshine. Two female Goosander were keen to escape the gaze of the telescope but the Golden Eagle displaying above the far ridge was happy to stay where he was. The Goldie might have been distant but we were happy with that. It wasn't too long before we located our first Otter of the day. He was heading in the opposite direction to us so a bit of reversing got us in the right position eventually. He hauled out on the rocks as I was walking down the road trying to find where he'd disappeared to but he stayed long enough for a few snaps. 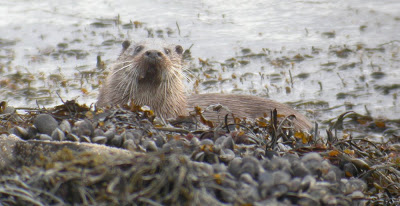 No sooner had this Otter slipped back into the water and another one appeared in the same spot!!

We watched both the Otter move off in the same direction before moving on our way. We located a mum and two cubs not too long after that but they were heading into the sun. We watched them for as long as we could and then moved on. A very obliging Buzzard posed for us until a cow moved it on. 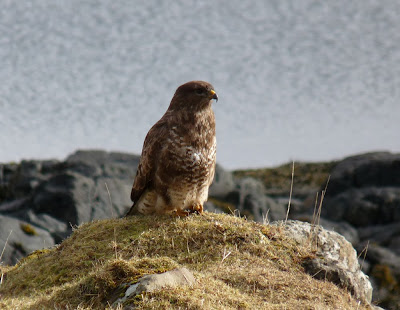 I had to crop the cow out of that shot! We moved on with the Buzzard flying ahead of us. A solitary WT Eagle cruised along the forestry as we pulled into our next stop. We followed the bird with the binoculars until it landed but it was too distant for any photos. We waited to see if it would take flight again but it was a no go. We headed back towards the Otters that we'd just left to see if we could get them in good light and it was worth it. With the light on the right side of us and the Otters in the shallows it was spot on for a few snaps.... 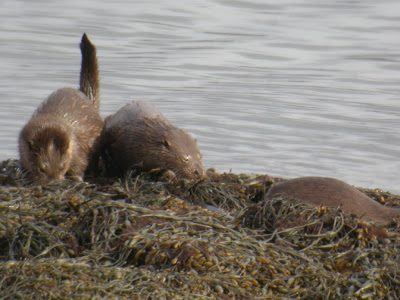 ....I love the way this Otter has a film of water over it with the other one just disappearing next to it - cool!

Time was moving on so we headed back to base. I almost took the cameras out of the motor at this point but decided against it at the last second - good job too! As we headed down the road we could see two large birds circling - Golden Eagles! We got closer and watched them... 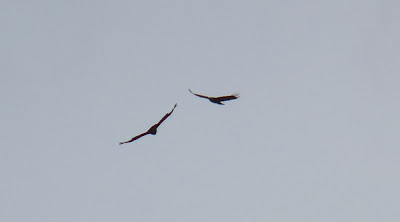 ...not bad. We both stuck with the same bird as they drifted apart and didn't notice the other bird heading straight for us across the field!! It was too late for a good shot but we caught it as it moved off again. 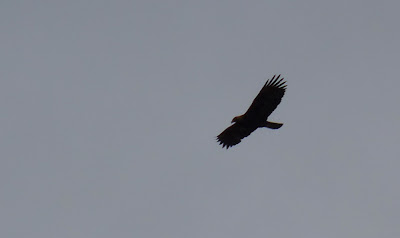 I dropped PS off and headed back down the road. I was surprised to see the Goldies were still hanging around with one over the loch and high up but the other bird was still floating over the road. I stopped and primed the camera with full zoom before stepping out as the bird approached me. It flew straight over head and with the bird filling the screen......it was too close to focus on!!! Luckily it made another pass.... 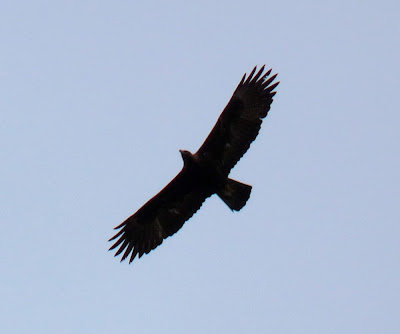 Can't do any better than your last comment,fantastic.