Saturday was a cracking day so it was time to pick up PS and hit the dusty trail. The first treat of the day was a single LBB Gull one field too far away to photograph but good to see. The Herring Gulls and Hooded Crows were a bit closer so you can have them instead.

The next treat were 41 Whooper Swans that should have been on their way by the time we saw them. They must have dropped in on Friday night and it was after 10am when we saw them. Here is part of the flock.

Most of the Whoopers that I see usually head off by 09:30 but I'm not worried that they stayed long enough for me to see them! A closer view then. 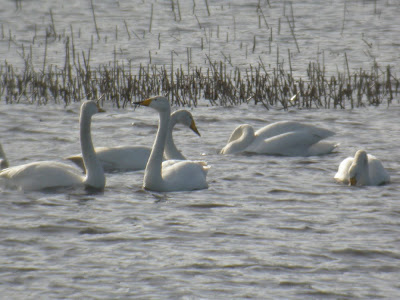 Lovely bird they are and listening to the conversational trumpeting between them was a treat too! The last time I checked the WF Geese there were only six birds that I could find, today there were 11 birds but only ten in the photograph!

These birds will soon be gone too. What has come in to replace them? A male White Wagtail was a nice find but it wasn't hanging around for me to take photos but PS got a few. I got the dust bathing Skylark that she couldn't get! 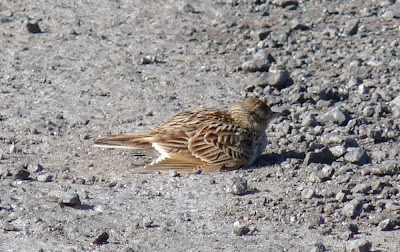 A flight shot of the Lapwings... 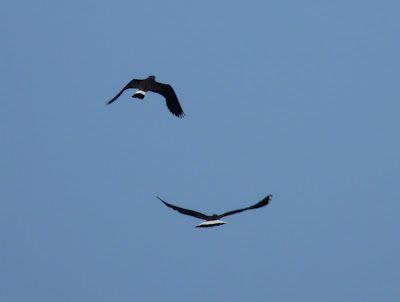 ...and the Greylags before we left.

It went all quiet after that. We found a Small Tortoiseshell.... 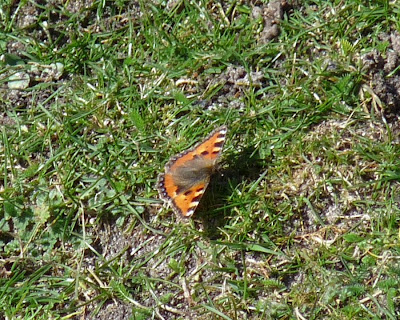 ..and had distant views of 2 Golden Eagle, had a possible Dipper (it disappeared too quick) and an Adder that was too cryptic to publish the photograph before seeing this sad sight. 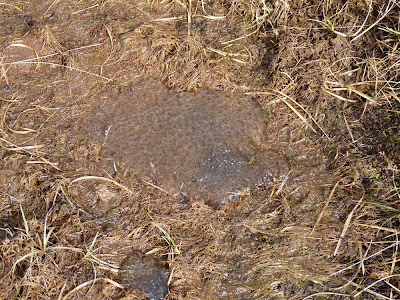 Fairly fresh Frog spawn in what should be a small pool. It has rained since then and it's now in a proper watery environment. We had a quick glance at a WT Eagle before moving on to a Buzzard that was confident it couldn't be seen. 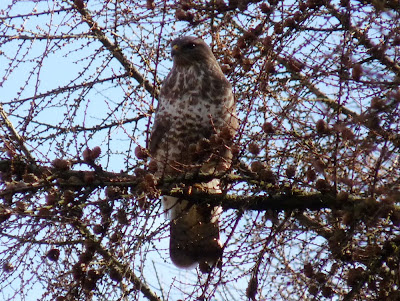 PS spotted some Lesser Celandine at the side of the road and told me of my plant ID gaff from last Sunday - that was the same plant. It's easier when they have flowers. 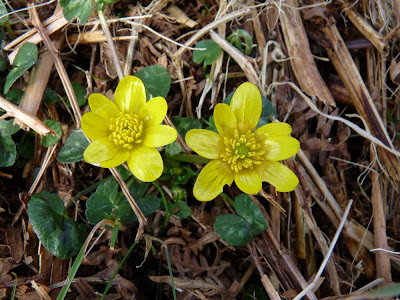 Then we spotted a Golden Eagle that looked like it was worth chasing to cross it's path. Did we make it? Course we did. PS picked it up and then complemented me on my eyesight as I couldn't see it! 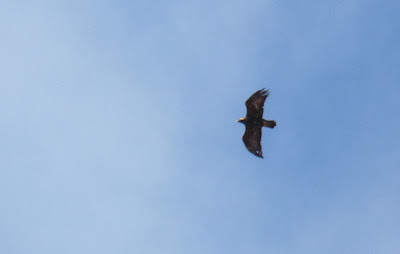 Straight over the top - stunning!
Sunday was a trip out with budding rally driver Shop Lady. It was a slow starting race but once the speed built up there was no stopping her! VROOOOOOMMMMM!!! Needless to say all my photos were blurry as we hit mach 1. It was a pleasant drive around the island that we had just enjoying the scenery and the drive. Four WT Eagles, 1 Sparrowhawk and lots of Pied Wagtails were seen along the way before we got cracking views of a female Hen Harrier. Brill photo taken by me through the windscreen!

I was out on tour again today. The weather was a bit poor when I got up but it was due to clear. We started in sunshine but it was a bit breezy. 14 Whooper Swan flew North as we headed South - not a  bad start. Still good numbers of Golden Plover around, displaying Lapwing, singing Skylark and 4 WF Goose kept us happy enough. No sign of any Mountain Hares in the breezy conditions until we spotted an eye peering back at us from the long grass. Once you got your eye in it was easy to see - I should have photographed it really. We had cracking views of a Buzzard flying down the road in front of us before we got brief views of a female Reed Bunting and then brief views of a female Hen Harrier. The cloud was starting to build up and it was looking like it could rain as we headed for lunch. A small flock of Eider were spotted as we viewed a single Black Guillemot. Four Crossbills flew overhead and a distant Golden Eagle were not as satisfying as the posey Adder. 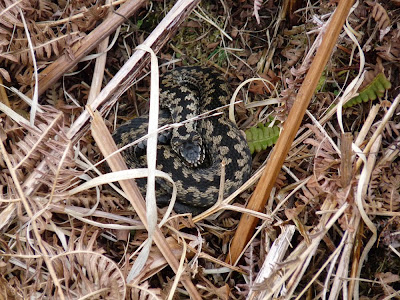 A big surprise was just around the corner. We spotted a couple of back sheep on the side of the road and then a few hundred yards further down the road another black shape was on the side of a rise. The angle was all wrong to get a proper view until we drew alongside - anchors on!!!!

TWO Golden Eagles as close as you like - that doesn't happen every day! Next stop gave us an Otter - the first I've seen since last Monday. A GN Diver did 'what it says on the tin' and stayed under water more than it was on the top. Nice views of a Curlew, 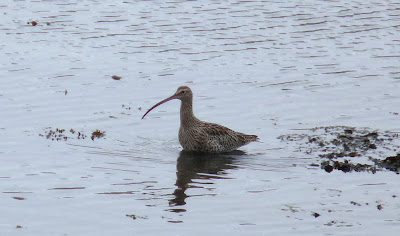 Shelduck flying around and Greenshank scurrying about were appreciated before we picked up a WT Eagle. Time was running out so we pressed on and got cracking views of 41 Stags together. Heading back onto the lochside we picked up a couple of RT Diver and six Razorbills in the choppy water. A heavy shower seemed to quieten everything down but as we cleared it and the sun came out briefly we spotted this beast.... 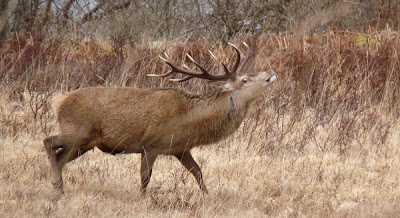 We might have just seen a herd of them but the pose is superb! Day over!
Posted by Bryan Rains at 22:00

I think your whoopers may have been the islay herd as they left over the last few days and were a similar number.

Hi James - could well be. I would have thought they would have went straight up North from Islay rather than a short hop to Mull for an overnight stay.