Friday was another hot one and a day full of all the usual birds but we concentrated on the smaller birds for a change. One comment was that the small birds don't sit still for long enough but we had good views of most things and quite a few we even managed to scope too. Whitethroat was a cracker for the day, Crossbills are regular now in the scope, Whinchat, Stonechat, Mipit, Ripit - you get the picture. The Otters behaved and the juv WT Eagle gave a fine performance. The only let down for the day for was no Golden Eagle despite extensive searching - one brief view of a bird dropping over the ridge isn't good enough!
The weatherman has been trying to throw some different weather at us for a while so the forecast of rain on Saturday didn't materialise. I was off for the day doing chores but I did find time to photograph this Orb Spider Araniella cucurbitina - class! 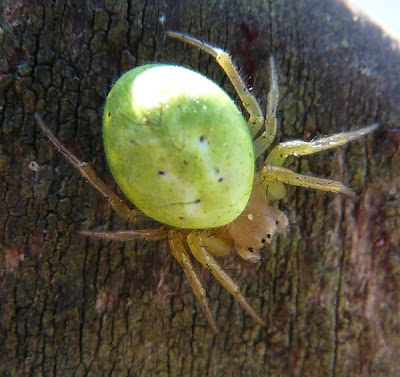 It really did look like the weather was going to change as the clouds started rolling in late on. It gave a good sunset and they say 'red sky at night, shepherds delight'....... 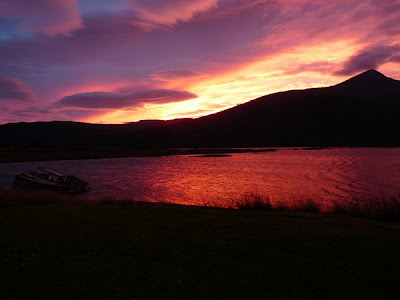 .....I bet those shepherds were delighted with the next morning.... 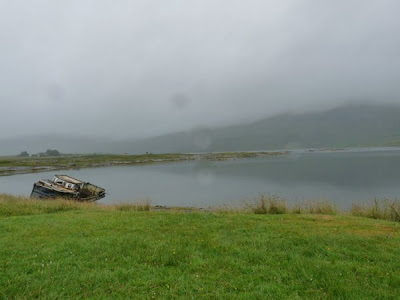 ....it was a shocker! One forecast said it was in for the day and another said it would clear hmmmm! We set off with intentions of targeting the big stuff.....WT Eagle, no sign - Otter, no sign - Golden Eagle, no sign....oops. We struggled to start the day with anything decent with Linnet and Stonechat being the initial highlights. We then located an Otter close in to shore which was the turning point of the day despite the rain still falling.

The young WT Eagle was up doing his thing and a Crossbill settled in a tree for a scope view. It looked like the weather was starting to lift too. A female Hen Harrier gave a superb flyby before the sun broke through and the coats were coming off. Common Seals, Red-throated Diver and Slow Worm were all bagged as we stripped down to T-Shirts. Golden Eagle was bagged soon after - a bird we'd just about written off for the day. The biggest catch of the day was a couple of fledgling Meadow Pipits on the side of the road - as cute as they get. 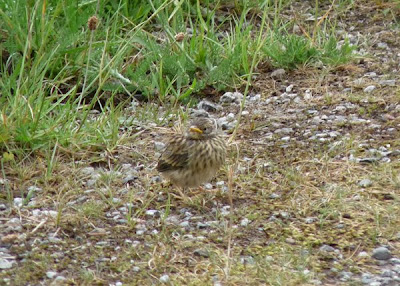 Another Hen Harrier, a male this time, was a nice addition to list and a good finish to a day full of stuff.
Posted by Bryan Rains at 08:14

stunning stunning photos....loved the spider and the sunset... not so keen on the rain though - although we have a bucketful in the city today.