Tuesday was yet another pleasant day but the wind has switched to the North and the temperature has dropped a bit. Nothing too exciting to report from the last couple of days but one of the highlights on Tuesday was this female Hen Harrier that came cruising past us about 10 yards away but the cameraman was a bit slow!! 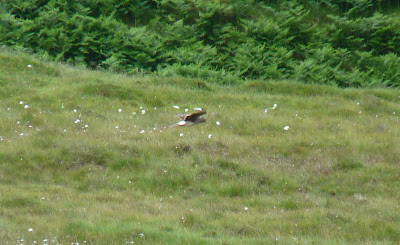 The lonely Reed Bunting is still singing his heart out. He changes location every couple of days but surely he has a mate somewhere or it could be more than one bird. 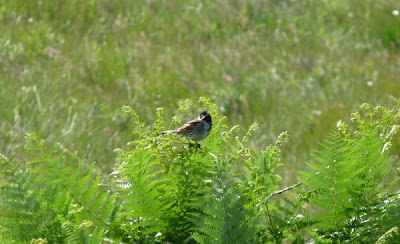 Wednesday and Thursday were pretty similar weatherwise with the Northerly still blowing. A couple of drips of rain here and there but nothing to dress up for. Thursday turned out to be a tough day for no reason at all but nothing wanted to perform in the morning. All good things come to those who wait. We watched the juv WT Eagle exercising his wings and jumping up and down. Then nothing for ages except a flock of gulls feeding on a shoal of fry. The flock included about 20 Common Gulls, 6 GBB Gull, 2 LBB Gull and one BH Gull - not the most exciting thing but an interesting observation on the day. The Golden Eagles performed as expected but only after we had a close encounter with one of last years young Adders. 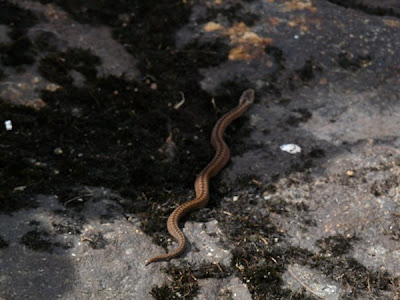 It's certainly a different colouration on the young ones and great camouflage against the rocks. 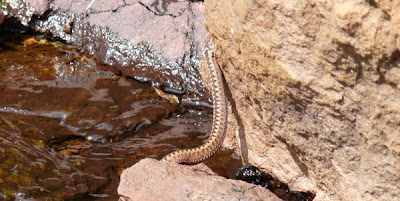 We finished the day in real style with 2 Otters, 2 WT Eagle and a male Hen Harrier all in the same place and within 15 minutes. What's wrong with spacing things out through the day?!
A bit of sad news from yesterday was an Otter getting run over on the road. I've not got full details of this so I'm not sure of the sex of the beast - it could be the dog or a bitch with no cubs. It should come clear over the next few days who's missing. It's not really anyone's fault as they are prone to just running out in front of you. I've had one under the motor that came to no harm and another that I had to follow down the road because he wouldn't get out the way.
Posted by Bryan Rains at 08:35

Oh what a shame....nothing to say really, its just rotten isn't it.

On a more upbeat note - fantastic pictures of the adder. Up by the waterfall by any chance?