It's been an eventful couple of days but I'll try to keep it short! After hearing the Skylark singing it seemed a reasonable idea to go and find one somewhere and take in a few places along the way. I checked out a pair of White-tailed Eagle to see how the nest building/refurbishment was coming along. Both the birds were at the nest sitting side by side when I arrived. One bird left the nest then came back in with a branch which was unceremoniously dumped and they both stood and looked at it. It must have been good enough as about 2 minutes after that they left hand in hand for some much needed shopping (extra furniture, I guess) a spectacular sight nonetheless. The usual Otter, Red Deer, Common Seal, GN Diver etc were seen en route to Fidden where there were 3 Skylarks poking around in the seaweed - superb!! A job well done but no photos due to low cloud and no light.
Yesterday I got a phone call to say one of the neighbours had picked up an exhausted Barn Owl while out walking the dog - could I help? I took the bird into care and he was really looking sorry for himself as you can see from the photo. I left him to recuperate and contacted the local bird hospital. I thought I would check on him about an hour later and as I approached the caravan Sunny, the cat, was staring intently at the window. A Barn Owl flying around in your caravan is not something I would recommend but it was a hoot (couldn't resist that one) trying to catch him again. Firmly caged for the rest of the day we released him later in the evening - hope he makes it. 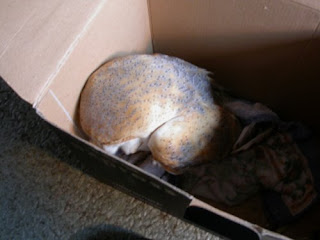 After 2 days of not seeing the the other side of the loch it dawned reasonably bright with the view restored so off I went to see what delights I could photograph. First on the list was going to be a Shag but he wouldn't stay up long enough for a photo so I turned my attention to this Little Grebe. Most of the time these birds are in the middle of the channels or the far side of the Loch so it was nice to get a close one! 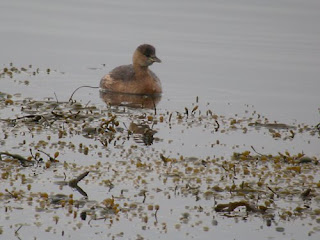 I'd noticed this Grey Heron was sitting playing statues while I was playing spot the Grebe so I thought I would give it a go. The light wasn't great and it's well zoomed in but a cracking adult bird showing all the plumes. 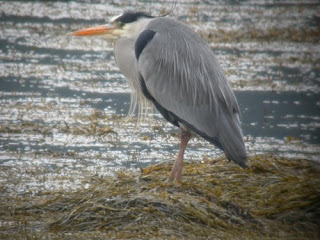 There was a small splash of rain while I was shooting the Heron so I moved on to get to the other side of the shower. It's great when you can see the end of these showers. I was now presented with an opportunity to get the camera out for a courting couple, I know what your thinking, of Rock Pipits. Boy, did they give me the run around. I had one of them sitting pretty, nicely lined up and a Buzzard flew round the corner and scared the pants off them - game over on that one. This Shag was sitting on the shore the whole time so I guess this is what he wanted. A handsome beast. 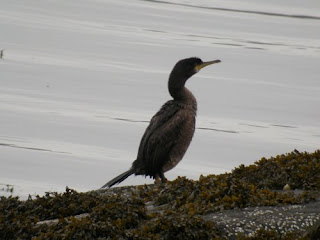 I scanned up the side of the Loch to see if there was anything close inshore. A single Shag, 2 RB Merg, 2 GN Diver and something else about half a mile up. I couldn't see head and neck so it had to be an Otter. Brrruuuuuummmm up the road........... one Otter not too far out but very camera shy! 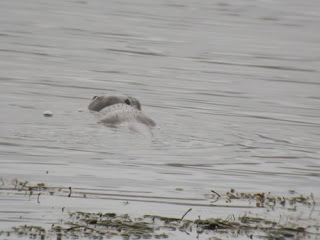 Another shot of the same beast. 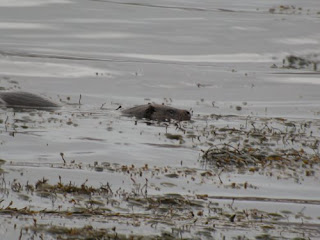 Out of the corner of my eye I noticed a movement in the water but right on the shoreline....another Otter! Both of these beasts were dogs and the closer one was keeping a low profile. They seem very tolerant of each other on the crossover of territory as long as there is a bit of distance between them. The first Otter didn't even look in the second Otters direction. I followed the second Otter until he climbed out and he really showed his feelings! 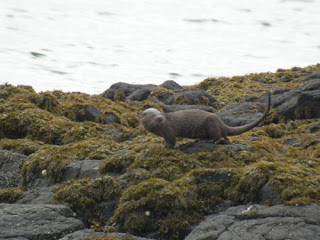 This Oystercatcher was busy feeding along the shoreline in the same place so another worthy subject was snapped. He did have a lucky escape though - the Otter surface right in front of him and he jumped a bit, well, a big bit then!! 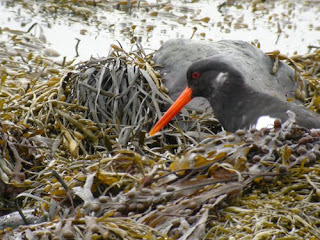 A late addition to the post but very welcome is the return to Loch Beg of ....... Pied Wagtail - hooray! I also had Grey Wagtail this morning but only a fly by. 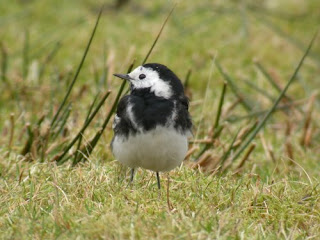 If there are any car enthusiasts out there we have just had the course organiser for Scottish Malts Classic Reliability Trial in the shop. He was wanting to know if it would be possible to have the classic cars stop out front for the drivers to have a cuppa when they are on Mull. We told him..............YES! Check out www.hero.org.uk FANTASTIC!!!

Hope the barn owl makes it! Nice to see a little grebe so close - they are always miles away when I spot them! Look forward to the classic cars arriving on the Island - will make a note of the date!