What a cracker of a day. Straight in with an obliging Otter... 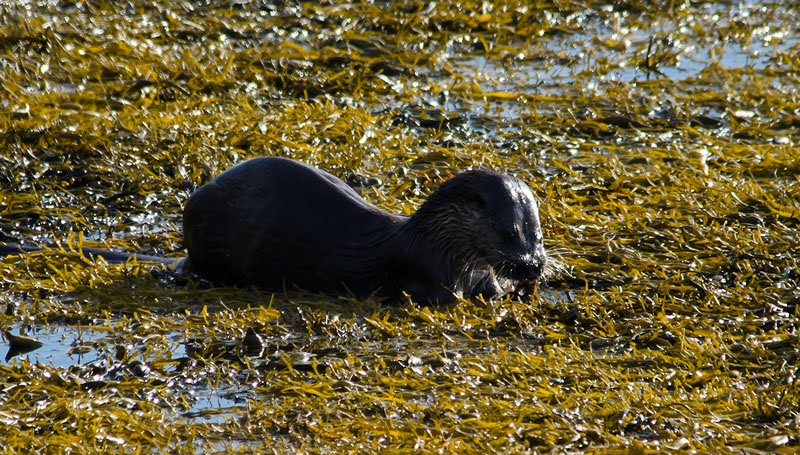 ...soon followed by a couple of Golden Eagles dropping out of the sky. 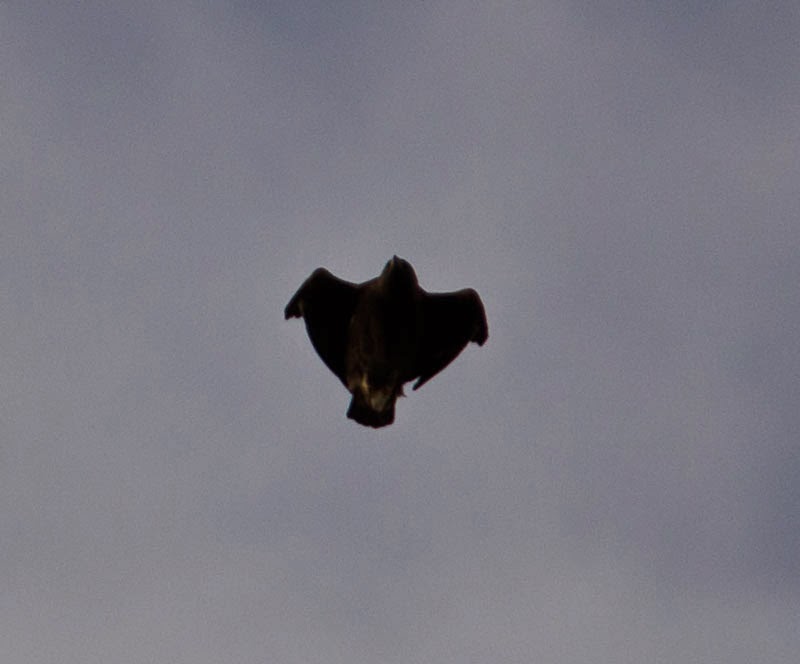 Another Golden Eagle was seen about a mile down the road but that soon disappeared as two WT Eagle turned up! It seemed to be an eagle day as we found a distant Goldie followed by another one much closer. 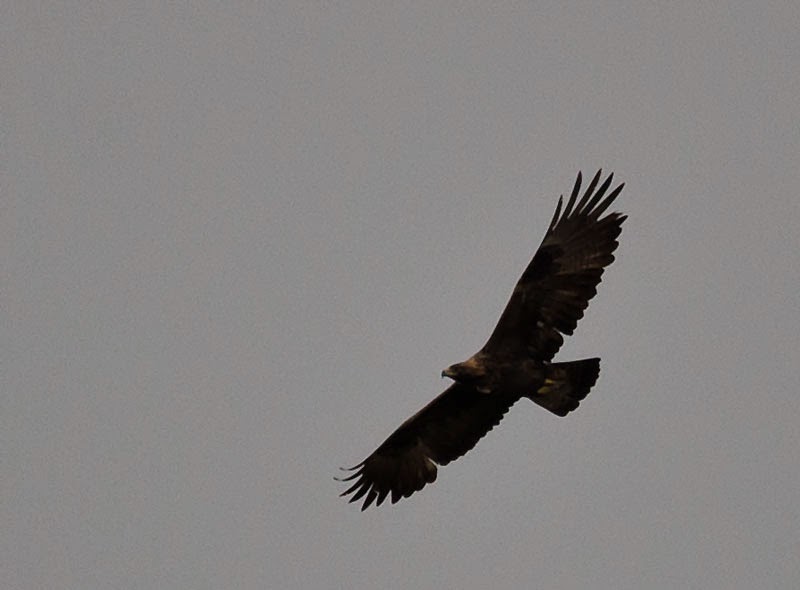 Enough of that though. A few Swallows were still lingering, a Yellowhammer was seen and a couple of Mountain Hare. We got two attempts at this male Hen Harrier but it was always heading away from us. 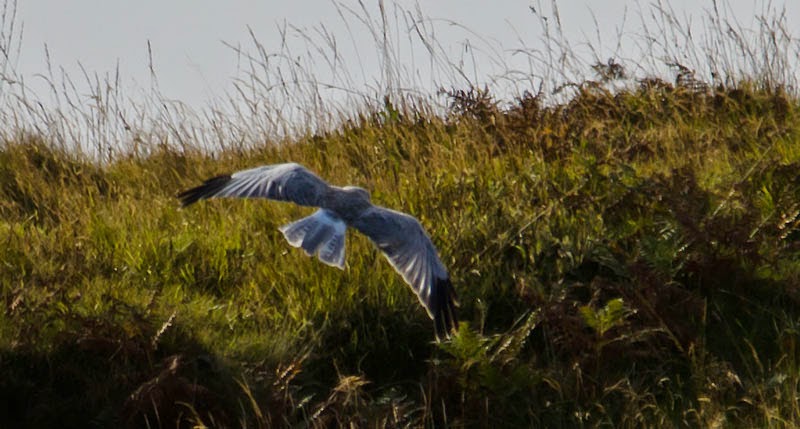 Bird of the day for me was this obliging Northern Wheatear. 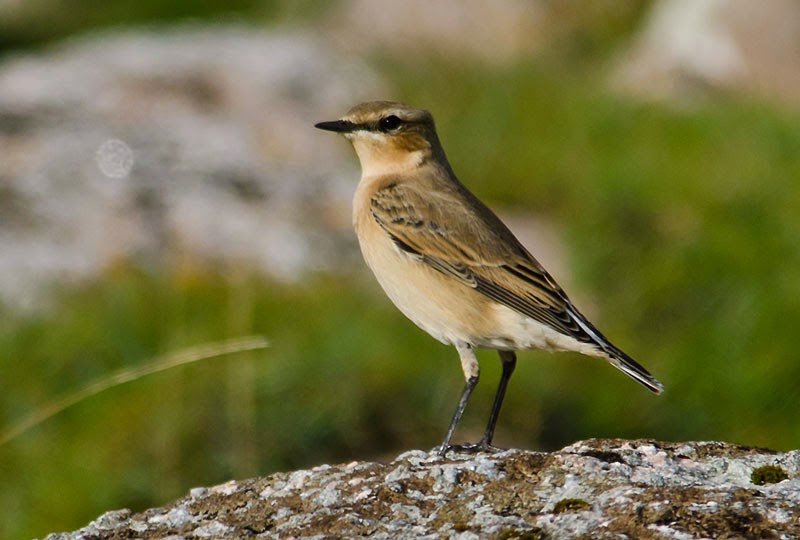