The tour started in fine style with four Bullfinch making their way along the roadside trees and two WT Eagle at the nest site. The only request had been for Otters but the understanding that wildlife does what it does and when it wants actually helps you stay alert - just keep your eyes open. A few GN Diver were seen and a single male Eider was resting on the shore. 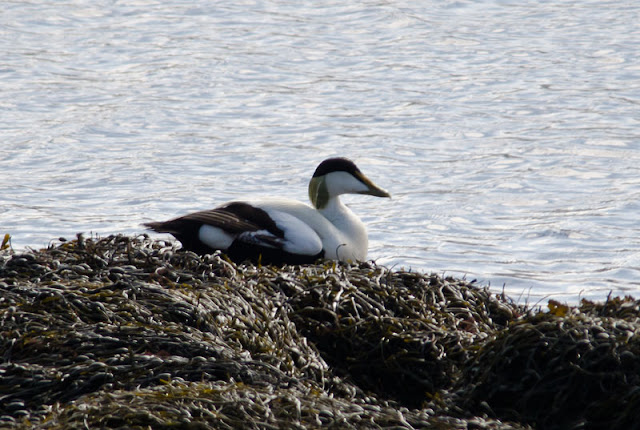 An Otter was seen shortly after that and good views were had as it came ashore in a couple of places. The rest of the day was fairly relaxed with good banter and some excellent sightings of wildlife and the scenery was enjoyed just as much. Five Brent Geese were found on the shore of the loch and gave good views.

Lunch was a pleasant affair with a Golden Eagle appearing just after we'd finished eating so there was no panic of grabbing binoculars for a better view. As we drove off an Adder was seen crossing the track... 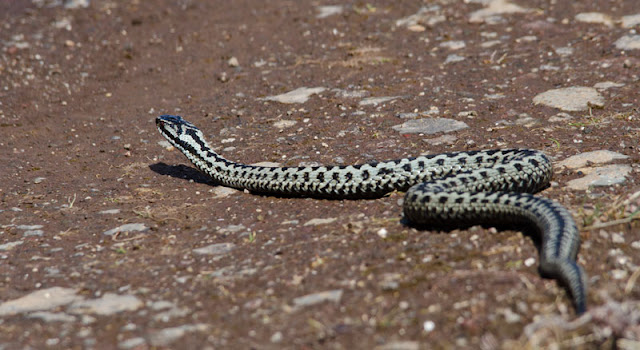 ...and the Golden Eagle came in for a closer look at us with two more birds circling in the background. 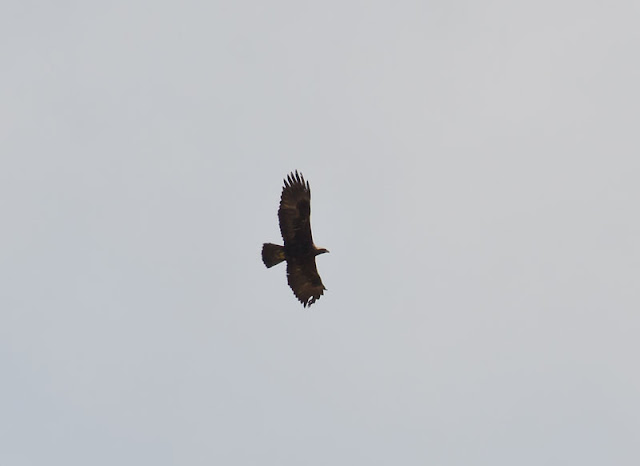 The small birds were appreciated as much as the large ones - a Robin singing it's heart out, Northern Wheatears everywhere, a Stonechat perched up and a Song Thrush that serenaded us down at the beach. 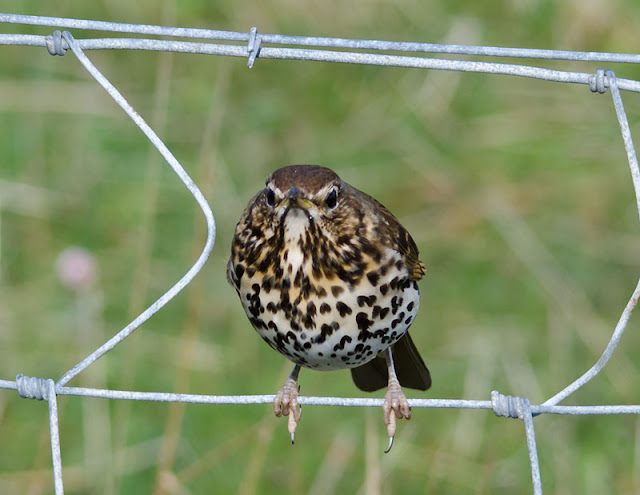 The views across to Iona were splendid with the red granite and blue sea shining brightly and a couple of Shelduck resting on the shore.

My first Whimbrel of the year were at the next stop. 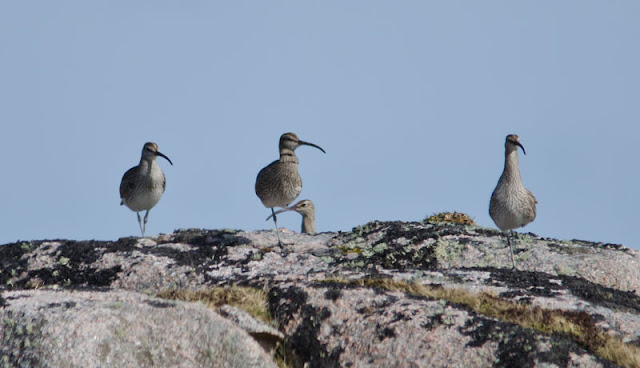 Three Mountain Hare were blending in with the landscape, Lapwings flying around and a small flock of Golden Plover were seen too. 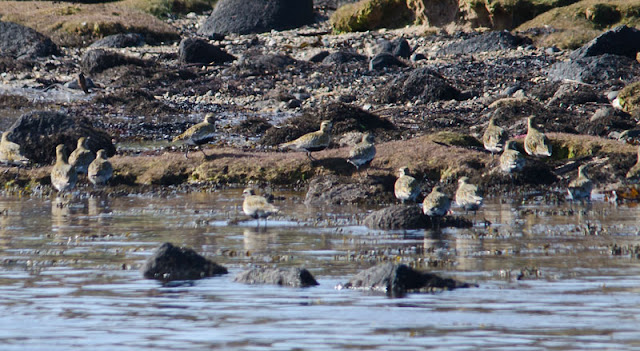 A check for SE Owl was fruitless but there was one perched in the open as I headed back home - too late for the guests! 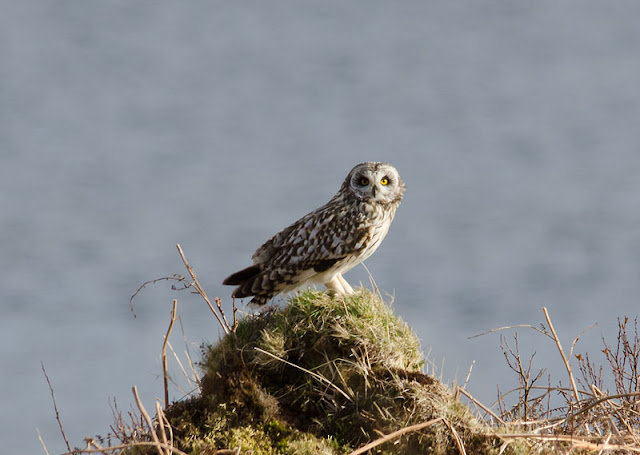