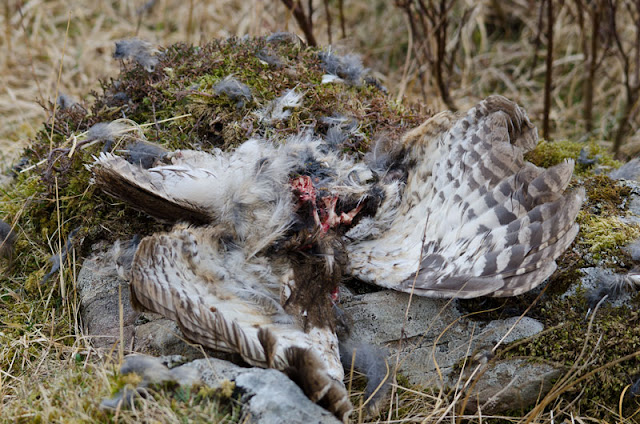 There are probably a few different scenarios as to why this bird was predated  - it may have been injured by a car or it could have been an old bird but it's all part of life in the wild. A fine set of talons for catching mice and voles when it was alive. Further to our recent chat in the shop about your photos, did you know you could send photos to Scottish Field's online galleries? Their max size is 2MB. Every month they choose 8 or 9 to feature in the magazine. www.scottishfield.co.uk.