With the tides being quite high at the moment the wading birds get pushed a bit closer to the road - a Greenshank didn't mind a close approach. 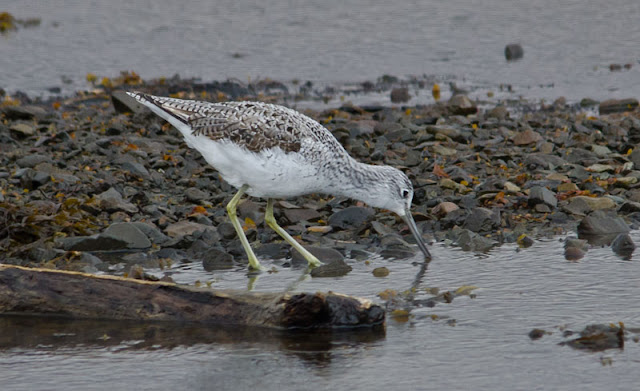 I managed to get my first photograph of a spring migrant - you could probably guess that it was a Northern Wheatear. 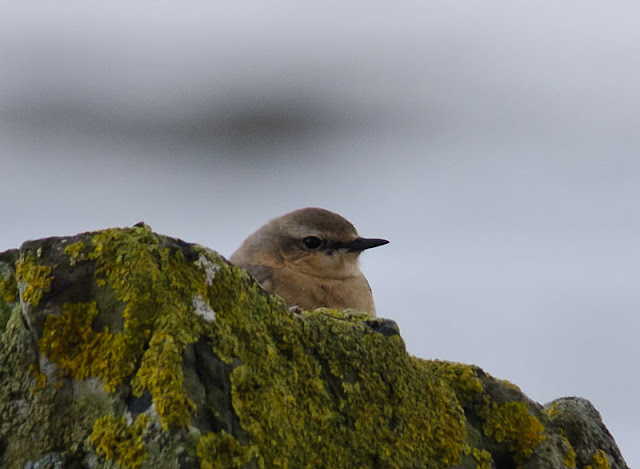 A different request on a tour produced a different day - not that bothered about seeing the big stuff as they had seen plenty before. We started the day with 2 new birds, on Mull, for the guests in the shape of Little Grebe and Red-throated Diver. 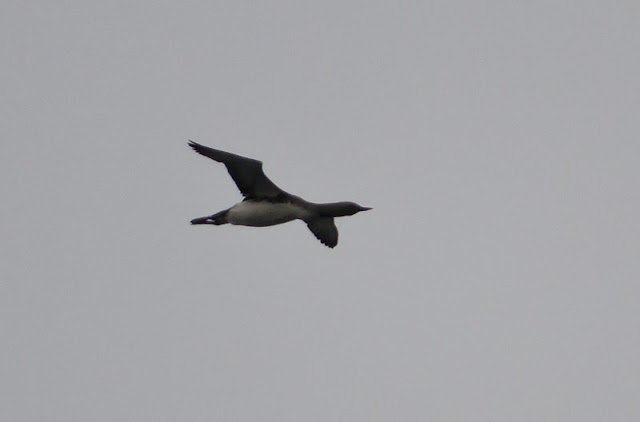 There were plenty of GN Diver on view at the same location. 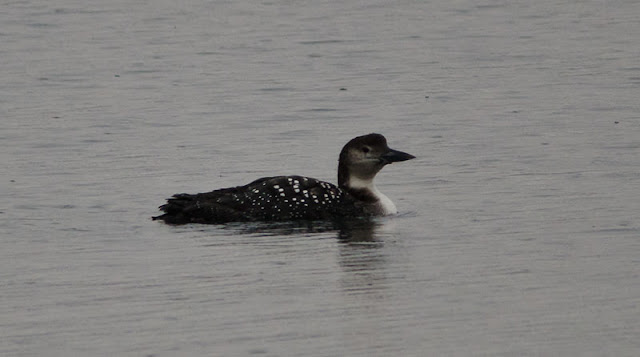 The next stop produced a male Hen Harrier, Black Guillemot and a Turnstone. The weather was a bit poor but it was supposed to improve so we headed to an area that was clearer. The first discovery was 6 Barnacle Geese...

...we looked for where the birds had landed and got the rest of the flock to boost the numbers to about 80 birds. Three Mountain Hares were seen, a couple of Reed Bunting, a single Common Snipe and a cracking male Northern Wheatear. 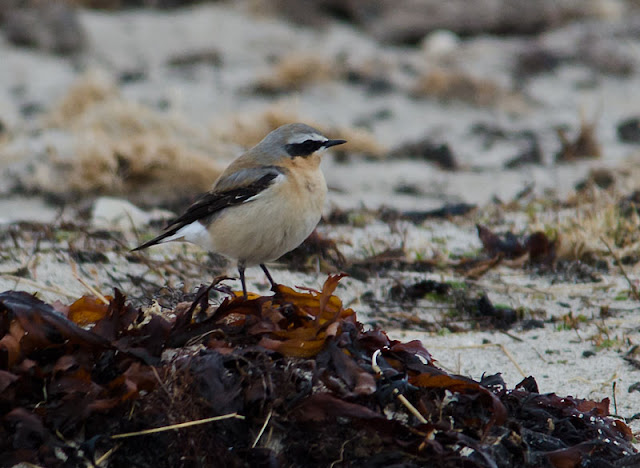 Redshank were noticeable by the noise they were making and a couple were seen in flight but the bird that dropped into a field close to us was worth pointing the camera at. 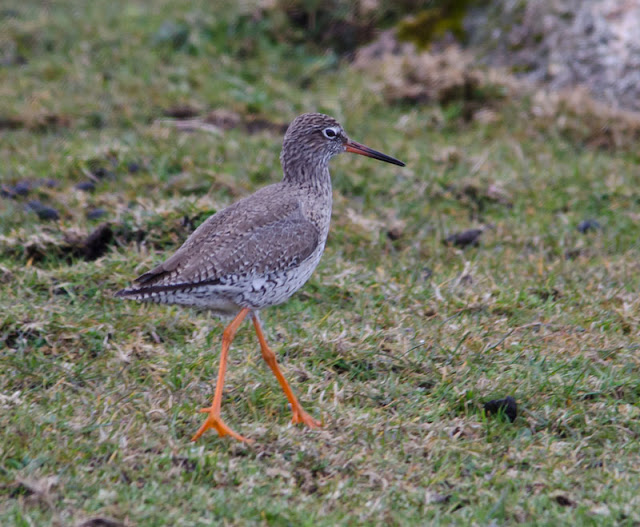 A little bit of mass hallucination occurred at the next stop when a small finch was spotted sitting on some wires. We decided that it was probably a Redpoll or Twite. The bird flew around and looked small again but when it landed we used the scope to get a better view...the bird had a heavy bill and a dark area around the eye so it wasn't a small finch at all but a Greenfinch. It was hard to believe we had all been fooled so we renamed the bird...Mull Pygmy Greenfinch;-) Three Razorbill were parading around in the bay and I'm sure I could hear them laughing! More sign of migrating at the next stop with singles of both Fieldfare and Redwing. 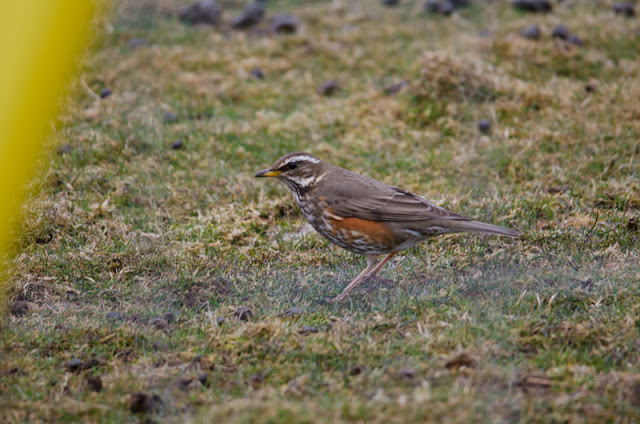 A distant Short-eared Owl was seen but a closer view would be appreciated by the guests. While looking for closer SE Owl a couple of male Hen Harrier were seen. 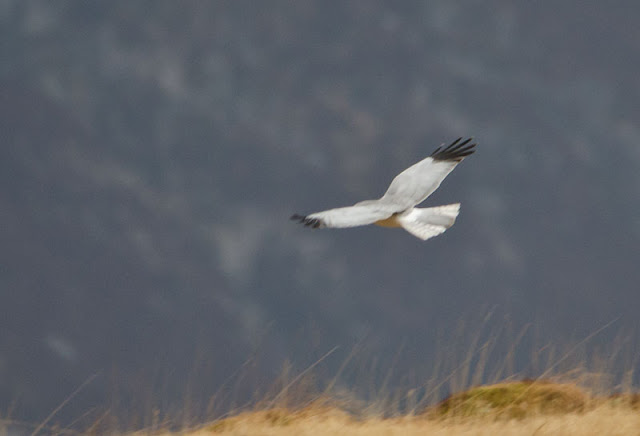 Our last stop of the day produced both male and female Hen Harrier but best of all were two Short-eared Owl that put on quite a display including wing-clapping. One of the birds gave us some superb views as it hunted the marsh. 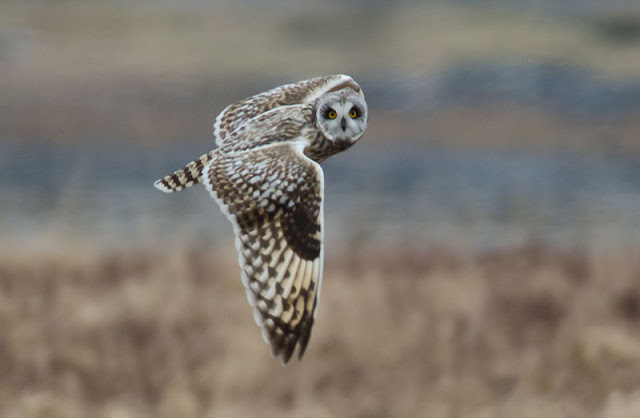 wow, that owl looking straight at you is great

Cheers, Tony. There should be more to come.