Tuesday we battled our way through the showers in the morning and suffered the heat in the afternoon - 14 degrees it was! A good start to the day for me as I picked up a Short-eared Owl in the gloom of the early morning before leaving to pick up the guests. Our first stop of the day was quite atmospheric as we stood in the rain watching three Otters, the clouds were clinging to the conifers in the background and a group of seven GN Divers were calling to each other - stunning! Next up was a brief view of a female Hen Harrier, 3 Red Deer on the skyline and a distant WT Eagle behind them. A quick botany stop next to look at the Pale Butterwort which was, surprisingly, having another go at flowering. 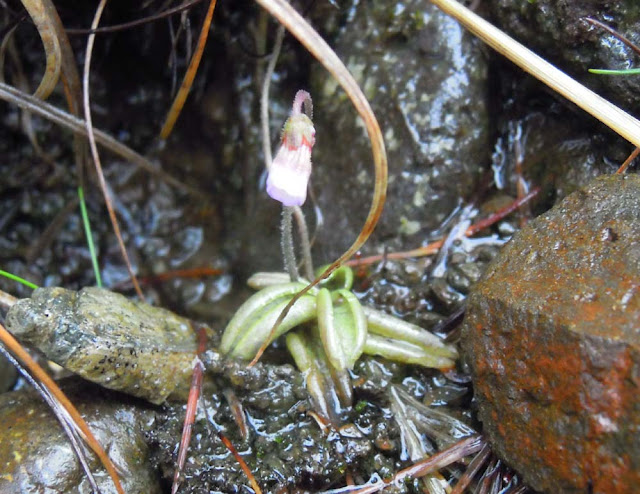 A cloud of birds in the distance had me reaching for the scope to find a Golden Eagle being mobbed by some Ravens. A bonus bird for me was up next as a flock of Chaffinch lifted off the road but one of them had a white rump. Brakes on, bins up and there was my first sighting of a Brambling on Mull - long overdue that one! 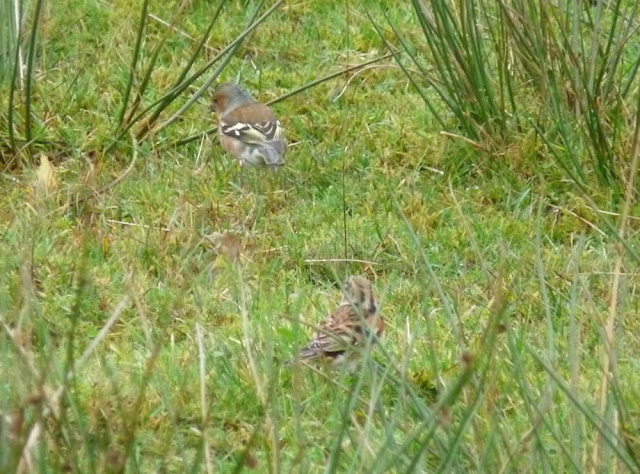 It's the one at the bottom of the picture for those that don't know the difference. I don't go in for giving wildlife names but this is definitely Spot the Otter! It showed well enough as it made it's way along the shore but it was difficult not to get a shot without a wave breaking over it. Our next Otter performed a bit better as it fished offshore before bringing it's catch ashore. I managed to get a few digiscoped shots for the guests but it was back in the water before I had a chance to get one for myself. Another two Otters brought the tally up to seven for the day. We had a nice sighting of Golden Eagle next... 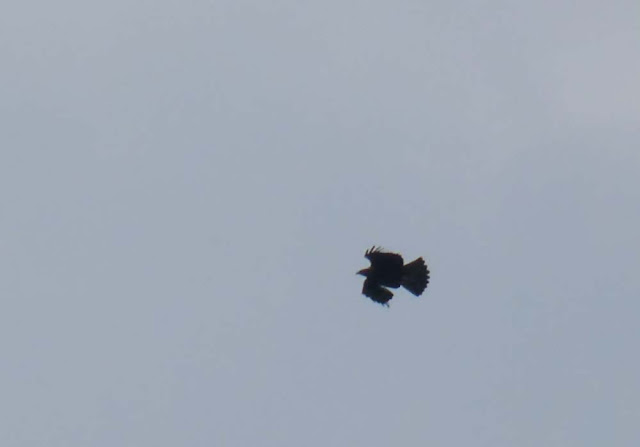 ...and as it moved out of sight we followed to find what we thought was the same bird perched on a ridge. 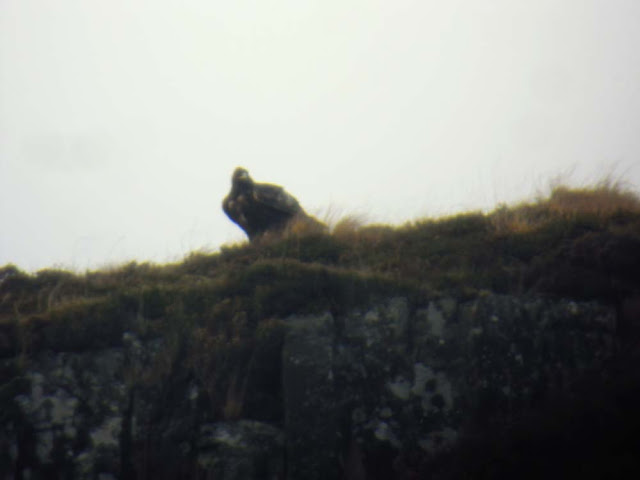 This one took flight and if you look back to the first flight shot and compare it with this one there is no missing feather - two different birds. 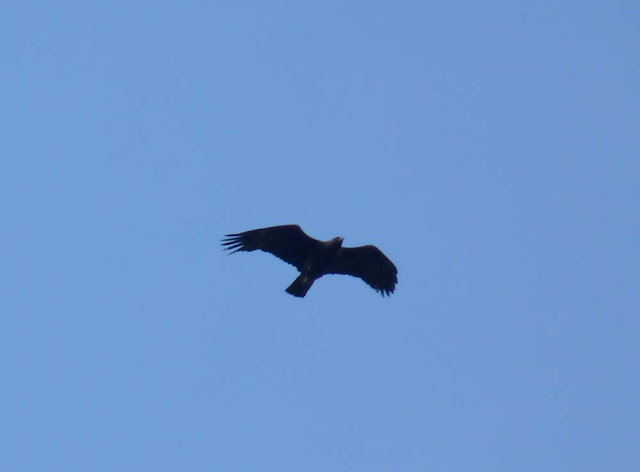 The afternoon was a bit quieter but a couple of Stonechat posing on the fence were nice. 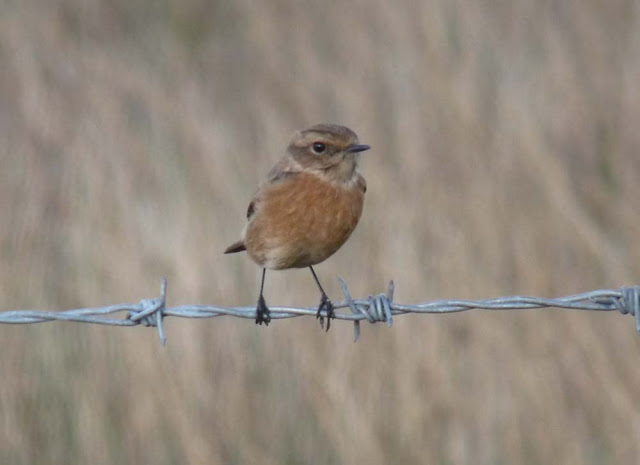 While looking for the Mountain Hare... 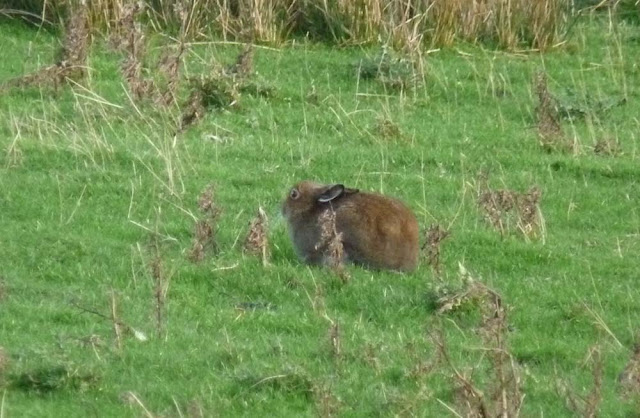 ...we picked up an adult WT Eagle. We had the bird in flight and then on the deck before it took off and dropped from sight. With a bit of searching we relocated the bird drifting away but giving good views in the scope.
Posted by Bryan Rains at 09:35