A flying visit to Newcastle at the weekend. We drove down on Friday night getting my first views of Magpie in a while as they flew across the road. Saturday I was up bright and early managing to catch the sunrise at St Mary's Island. 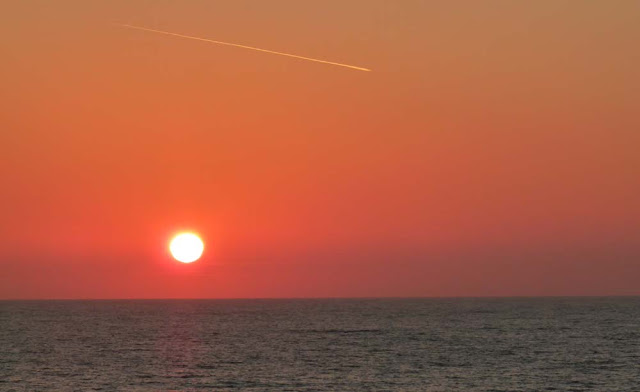 I had a quick look at the wetland to get a number of Gadwall, Teal, Mallard and a couple of Moorhen. Standard fare for the locals but all good stuff for me! Next up was a look on the shore. A flock of 6-700 Golden Plover were in the air the whole time I was there with a few more sitting on the rocks. The shore itself was awash with waders - Sanderling, Turnstone, Ringed Plover, Purple Sandpiper, Knot, Dunlin, Redshank and a couple of fine looking Bar-tailed Godwit. I took a few shots of the Barwits standing to attention... 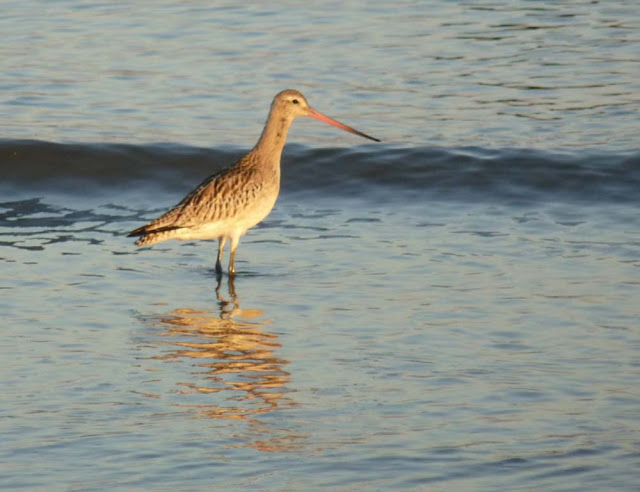 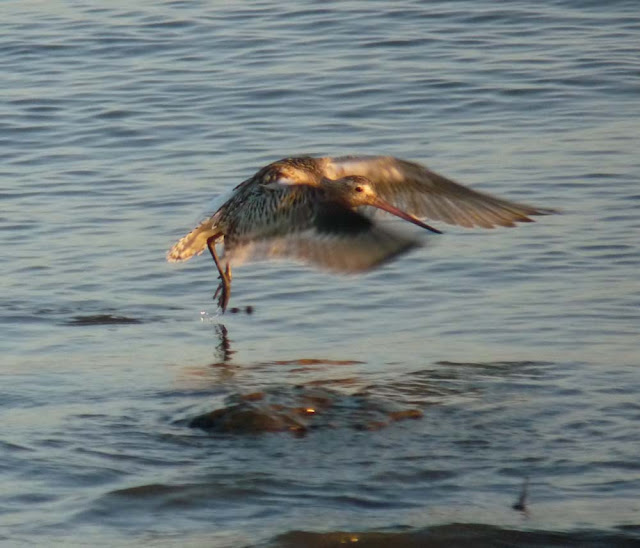 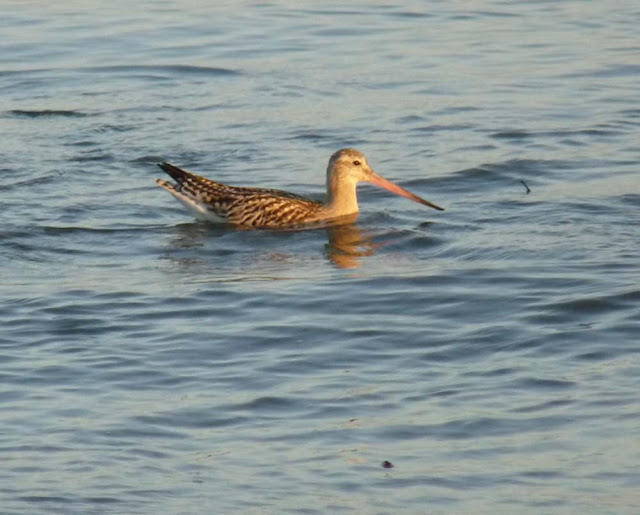 I was fighting against the light or the birds were just in the shadows but I couldn't resist these Turnstone on the green weed. 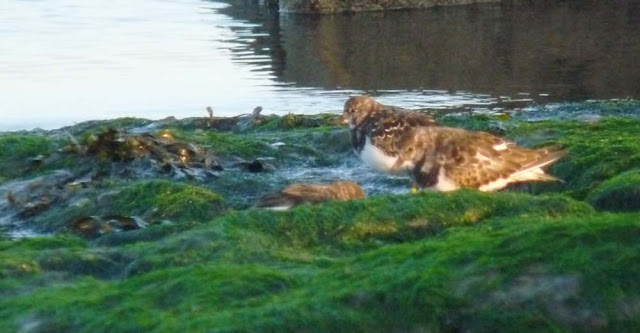 Some distant trumpeting had me on the look out for Whooper Swans. 22 of them flew past with the Golden Plover in the background. 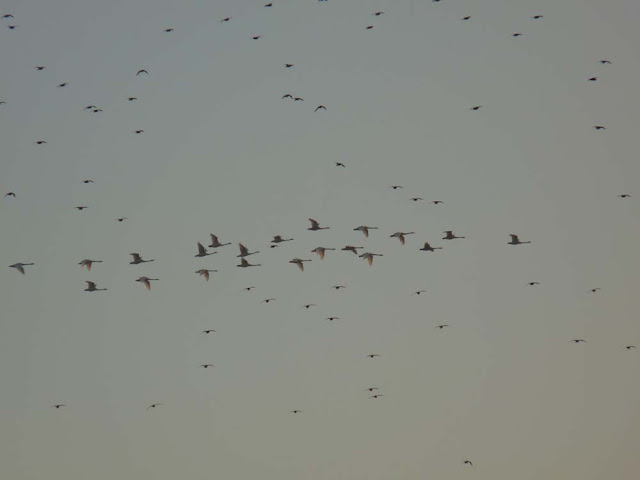 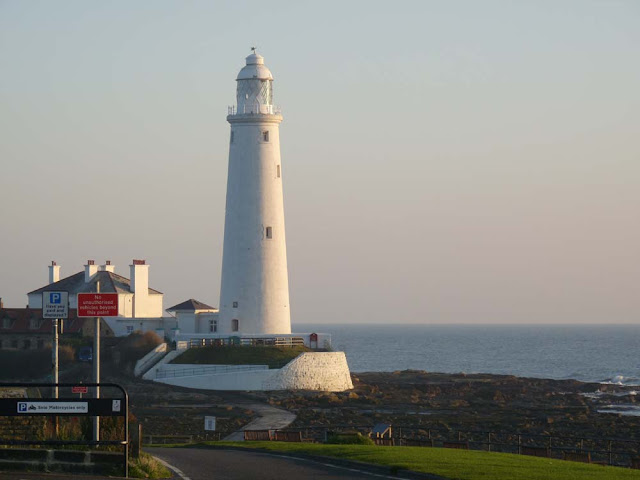 A quick check round the bushes produced a Great Spotted Woodpecker, Goldcrest, Linnet and a few Chiffchaff. One of the Chiffs was lacking it's tail feathers too. 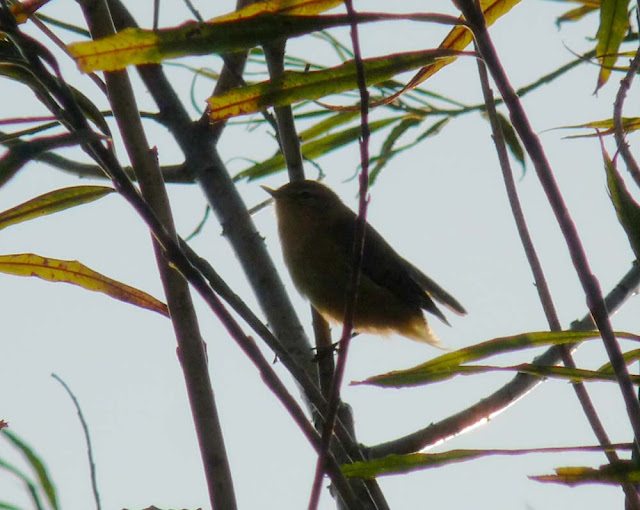 Next up was the big twitch for the Lesser Scaup. Plenty of weird and wonderful birds on show along with the regular Tufted Duck, Coot and Moorhen. 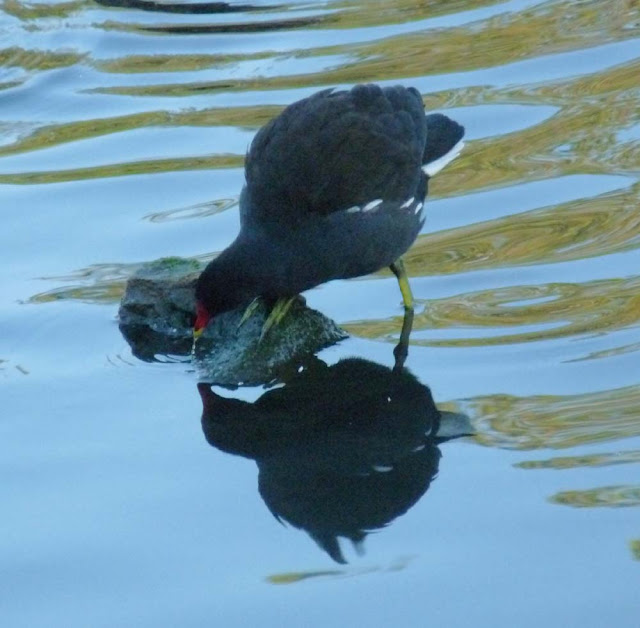 The Lesser Scaup was always distant and I didn't have my scope but the views through the bins were good enough. 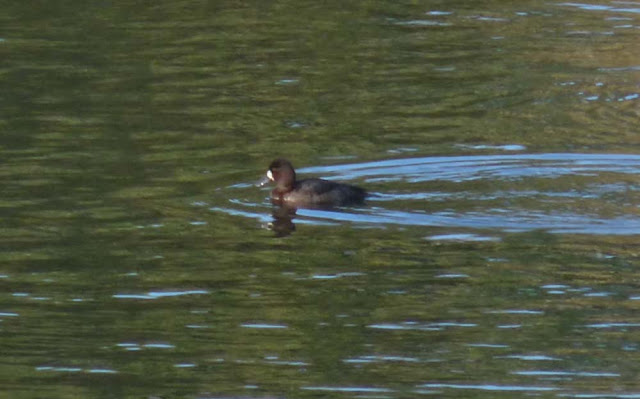 Plenty of Magpies were on show in the time I was out and good views of Sparrowhawk were had while watching the duck. On the trip back up to Mull we had two sightings of Jay flying over the A1.
Posted by Bryan Rains at 09:58