Monday it was back on tour in dull conditions. We had a nice encounter with two Kestrel and two Sparrowhawks when we set off. The Sprawks flew up the road in front of us and showed well. A quick look for eagles gave us a blank but the Red Deer made up for that. Next up was the Otter hunt and we picked one up quite quickly and managed to get down the shore to get some decent photos. 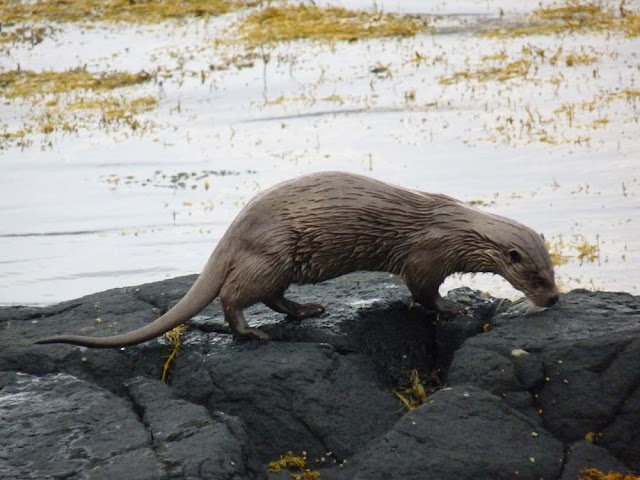 A small flock of Fieldfare with a single Redwing were the first I've seen of the winter thrushes. The rain came in quite hard after that to slow the sightings down. Hen Harrier, GN Diver, RB Merg, Stonechat and Meadow Pipit were all seen well so it wasn't too much of a hard time. A cracking finish to the day as we hit a clear spot and picked up 3 Brent Goose, Mountain Hares down to a couple of yards and two juv WT Eagle that put on a good show. 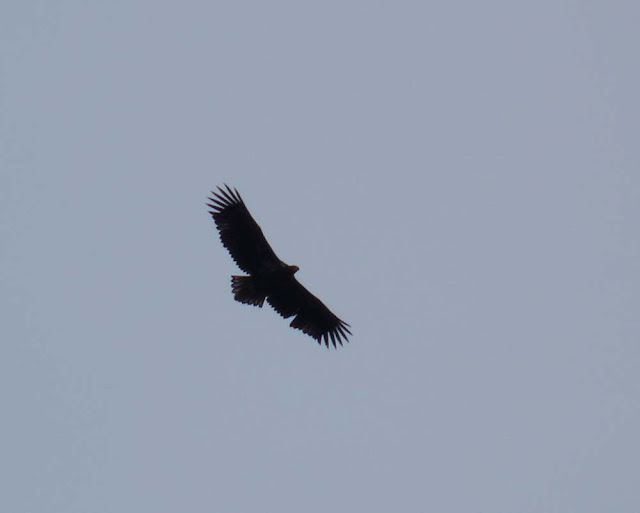 We also picked up 3 Hen Harriers just before close of play. Monday night we had a bit of thunder and lightning that knocked out the phones, broadband and blew some sparks out of the sockets in the house!! Still got a dead line at the house now:-(
Tuesday was a better day with blue skies and the odd heavy shower through the day. A good start to the day as we picked up a Golden Eagle close to the road with an escort of a Buzzard and a few Ravens.

The next bird on the list was a real surprise - Pomerine Skua! It was only a brief view but you can't mistake them from 10 yards away. I hauled in as quick as I could but couldn't find the bird again so no photo of that one. We got stunning views of a WT Eagle sunning itself and then followed an Otter along the shore until it went into the holt. The GN Diver numbers are starting to rise now so it was no surprise to see two adults together.

We were lucky enough to relocate the three Hen Harriers that I'd seen the previous day. A heavy shower delayed lunch but then we got a Golden Eagle when it cleared. A quick change of location to follow the Goldie proved fortunate as we managed to get scope views of two birds and then some drama as another two birds turned up. Four Golden Eagle in the air together is not to be sniffed at! The three Brent Goose were still in attendance and two Greenland WF Geese showed well too. 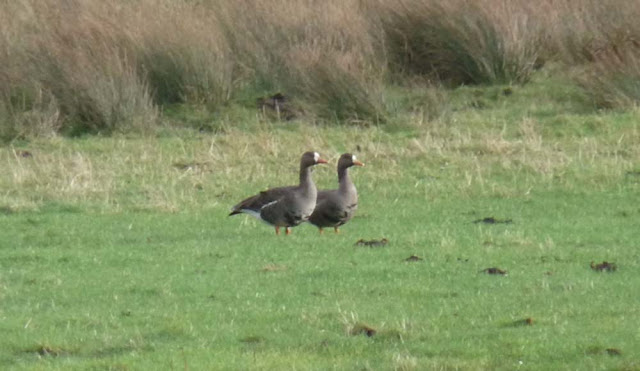 There were plenty of other birds through the day but the highlights will do for now.
Posted by Bryan Rains at 13:48