A good start to the tour on Wednesday as we watched a handful of GN Diver, 15 RB Merg scattered around and a single Crossbill perched up long enough for everyone to get a good view. I'll not mention the weather as I'm sure you can guess! Otter sightings were good on the day with the best one sleeping on the seaweed. 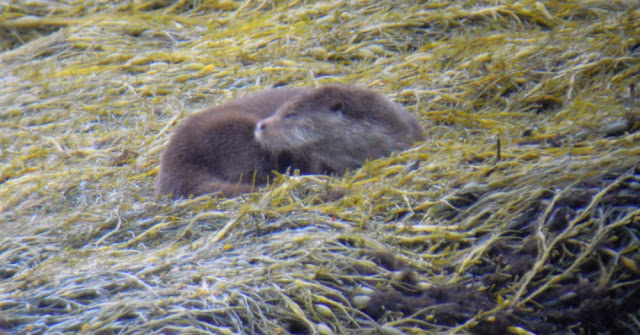 A juvenile Golden Eagle showed well as it was mobbed by a couple of Ravens and a young WT Eagle almost had us fooled as it paraded itself in Golden Eagle territory. We went through all the different guises of the Common Buzzard - Tourist, Bowmans, Pole and the lesser known Wire Eagle. 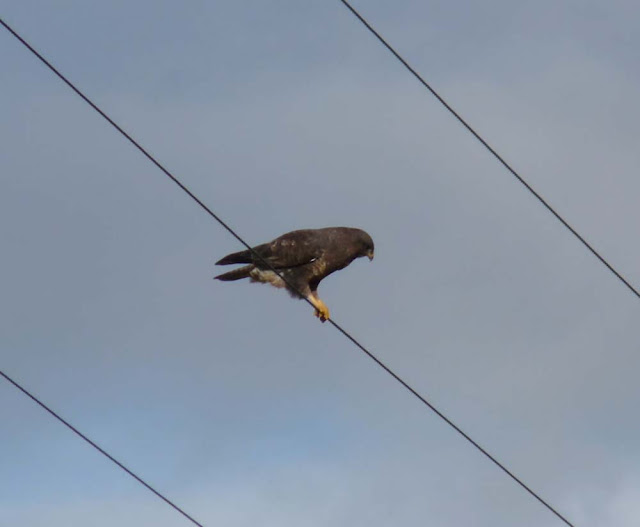 You have to have a laugh at some point! We finished the day off with stunning views of a female Hen Harrier along with Twite, Brent Goose and Mountain Hare.
Thursday and Friday were, once again, not the best and I had the loan of a DSLR (Cheers Steve). I could go through all the usual photographers excuses but I was just exploring the capabilities of the equipment (is that a new excuse?!). An easy subject to start with - Collared Dove. 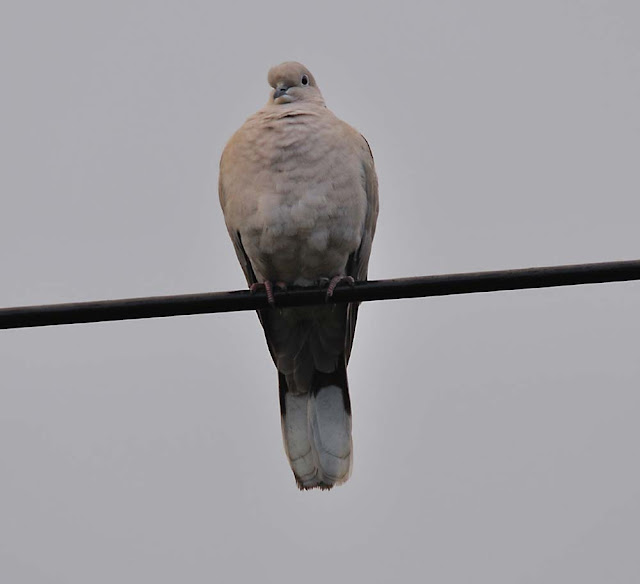 Red Deer on the hillside - I know that my camera wouldn't have got this shot as it was too far away. 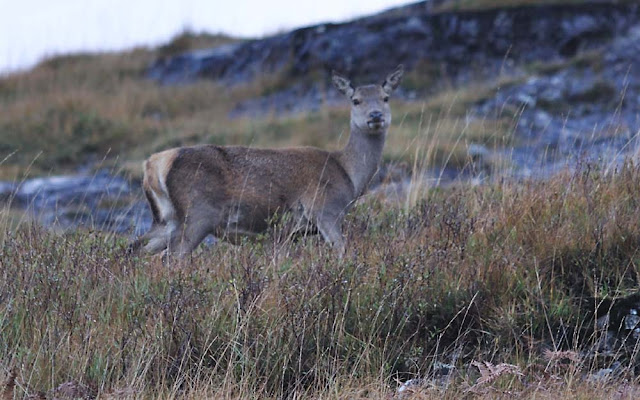 It took a while before I got sufficiently close to a subject and fluffed it. 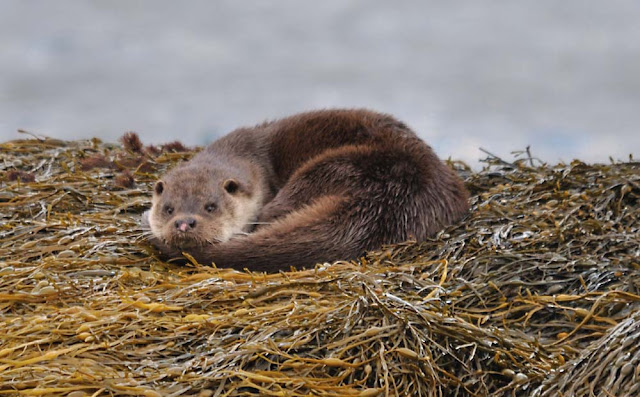 A flock of Fieldfare and Redwing showed well but I struggled to get a sharp image - not a bad effort though. 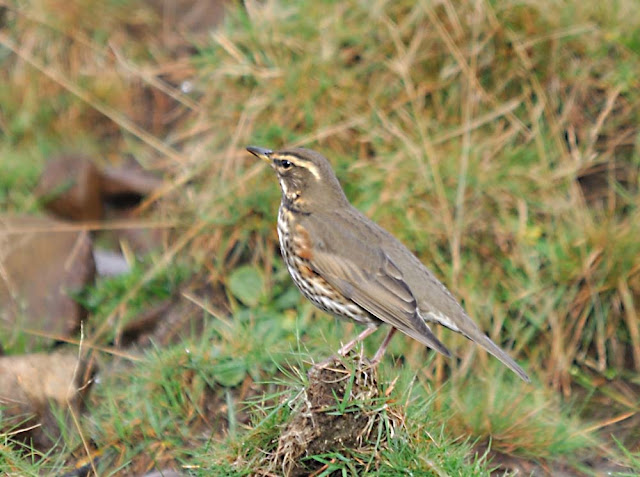 I took a bit of time trying to find some smaller birds while there was a brief bit of sunshine. The Blue and Coal Tits never stayed still or showed in the open so I followed the Goldcrests instead. Did I get a result? Nothing of the Goldcrest but I did get this... 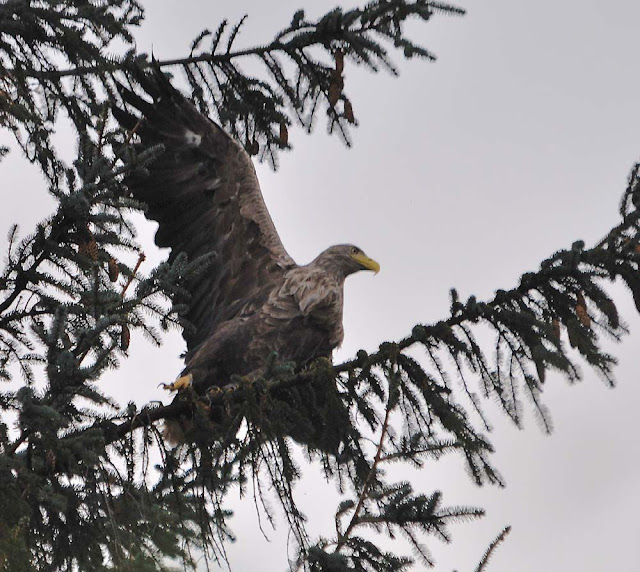 Another opportunity for some Otter shots on Friday. 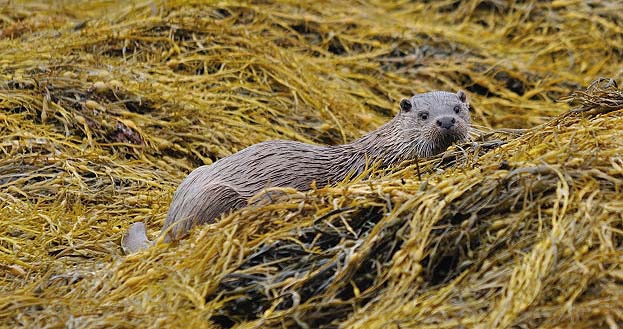 Plenty of other photos taken but it might make for a long post! An interesting couple of days but I'll not bore you with any more. I'll leave you with a Common Buzzard. 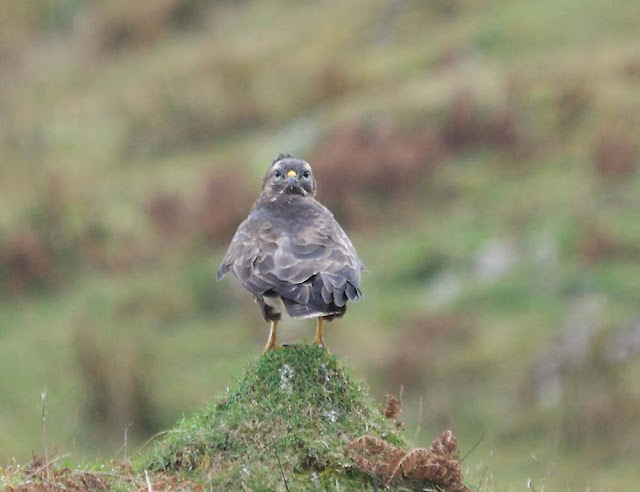 Some nice shots there mate, looks like you got to grips with that camera pretty quickly.