I seem to be lacking in inspiration for the blog at the moment but I'm sure things will turn around before long. The wildlife is still doing it's thing and I'm enjoying getting out there to watch the antics. The male Red-breasted Mergansers are back into their breeding plumage so there is lots of interaction to see. 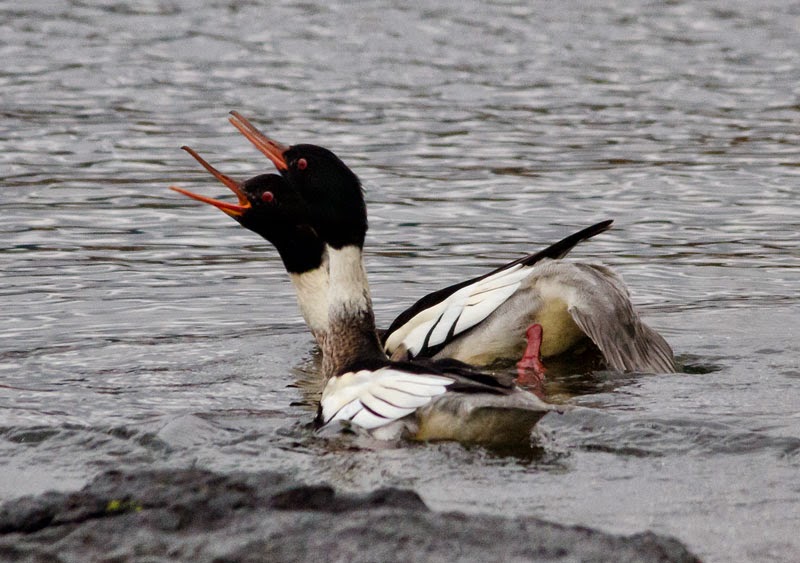 I haven't had that many close encounters with WT Eagles recently but that tends to happen when you don't go out. I did pick up a Jay, my first this year, just before this WT Eagle cruised overhead. 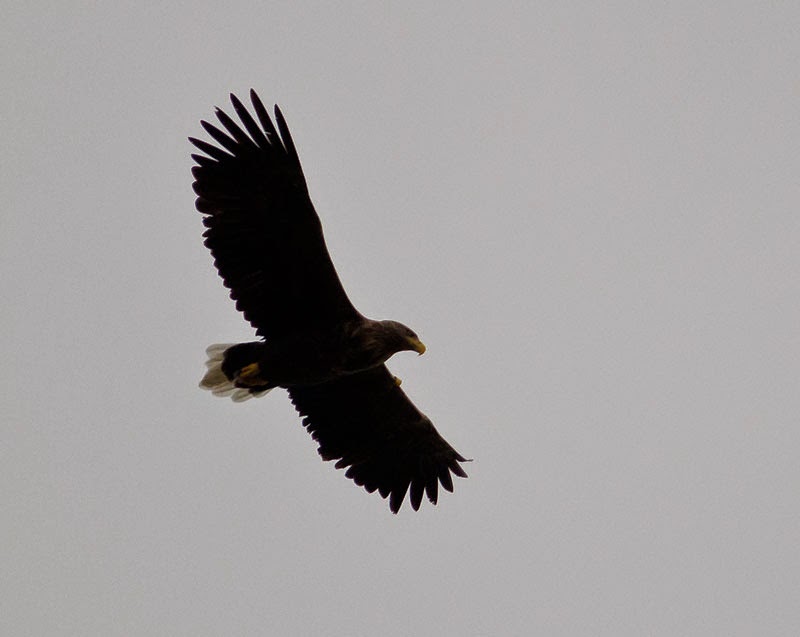 I had been watching three Golden Eagles flying together. They were a bit distant but the fact that it was a pair of adults with this years youngster made it all the more special. 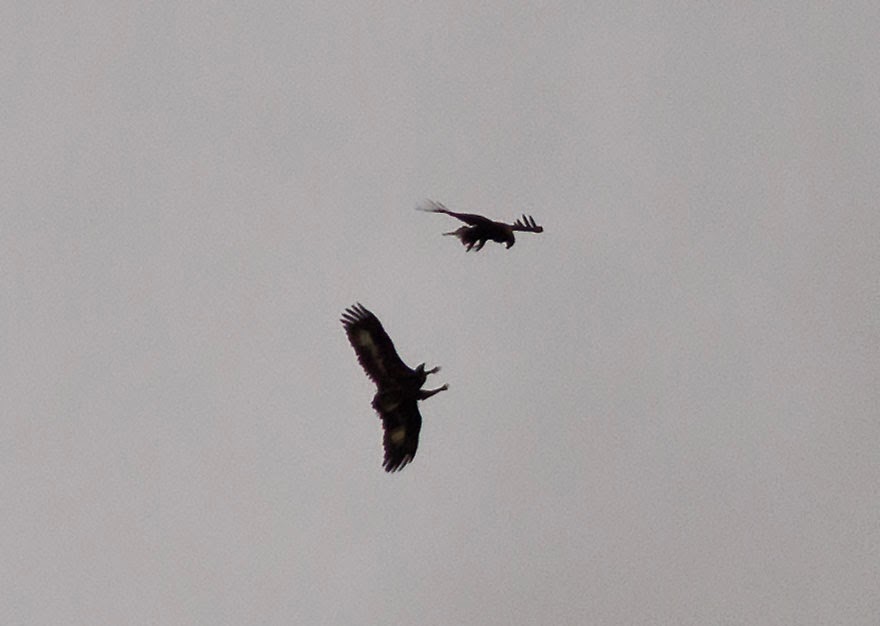 This particular Buzzard has always been obliging but I wonder if any of the youngsters will pick up the same trait. 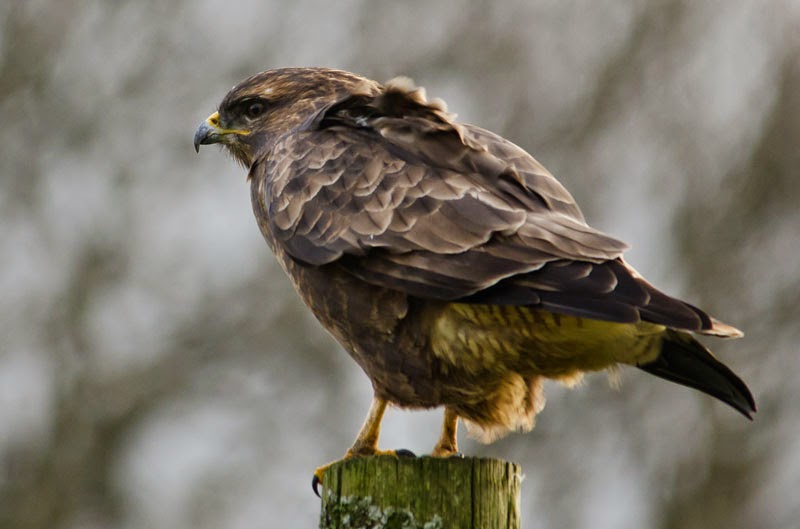 The Stonechat population has made a full recovery so there are not too many place where you won't pick one up. 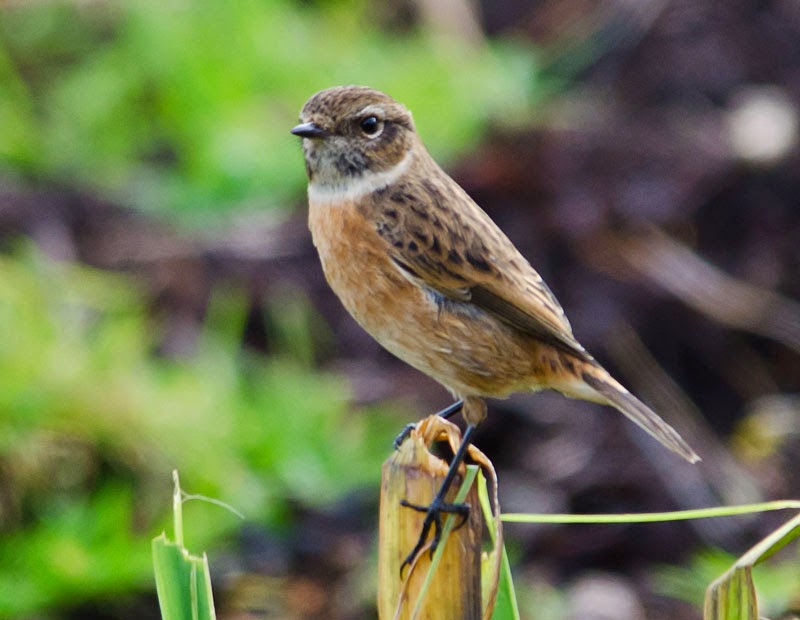 We seem to be stuck in a spell of good weather at the moment so there was nice light on Ben More as the sun was going down. 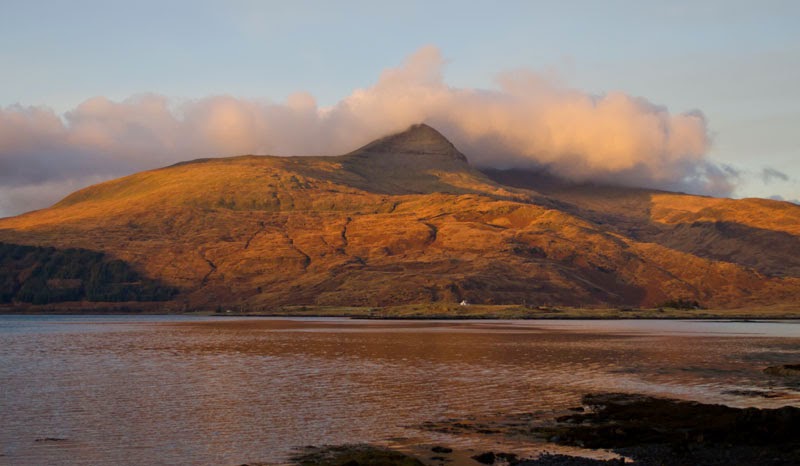 Beautiful light on Ben More. I think lots of us bloggers go through spells of the doldrums. I do enjoy reading all of your posts, so do keep it up! Cheers.

Me too! Perhaps we could have some general photos of Pennyghael and the Ross o Mull so long distance viewers can put the wildlife in context? Hope you get your mojo back soon!

Hi Bryan, I concur! Your blog is the only bit of Mull I get until I return each year. And I agree, that image of Ben More is a bit special, keep up the great work

Thanks, folks. No fear of the blog stopping but it might get a bit slow for a time.

Nic - I might be able to get a few scenics in but it means changing the lens;-)

Ditto to the above...

One of my favourite things is realising I haven't looked in for a while and knowing there will be plenty to catch up on!

Of course, if the blog should ever compromise your love for the island then it'll need terminating, but all the while you are able to share - please do!