This post has been a long time coming as all the photos were from the first two days in October. A trip out with Doc produced a couple of migrant birds. We saw a couple of House Martin and a single Whinchat. 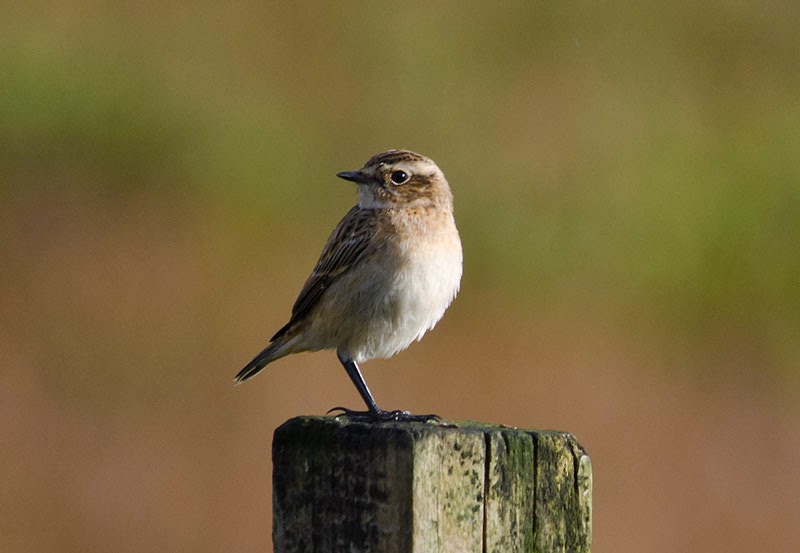 We watched an immature Golden Eagle being mobbed by Ravens. They eventually forced the youngster to land and then left it alone. 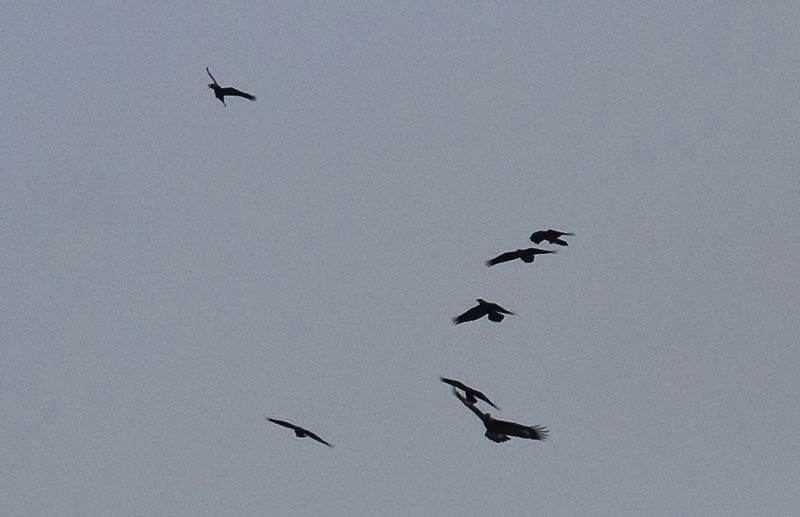 One of the WT Eagles that we saw gave a good performance as it circled overhead... 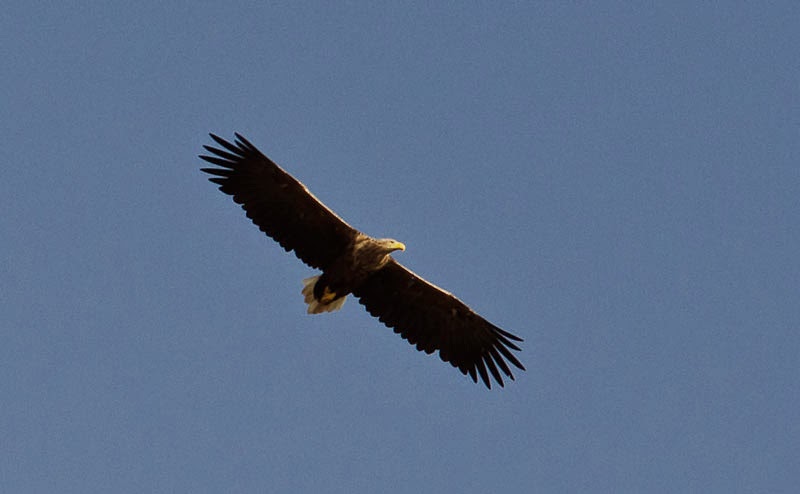 ...and, of course, there were plenty of Buzzards to see. Doc had to take this photo for me as it was on the wrong side of the car for me to take the shot. 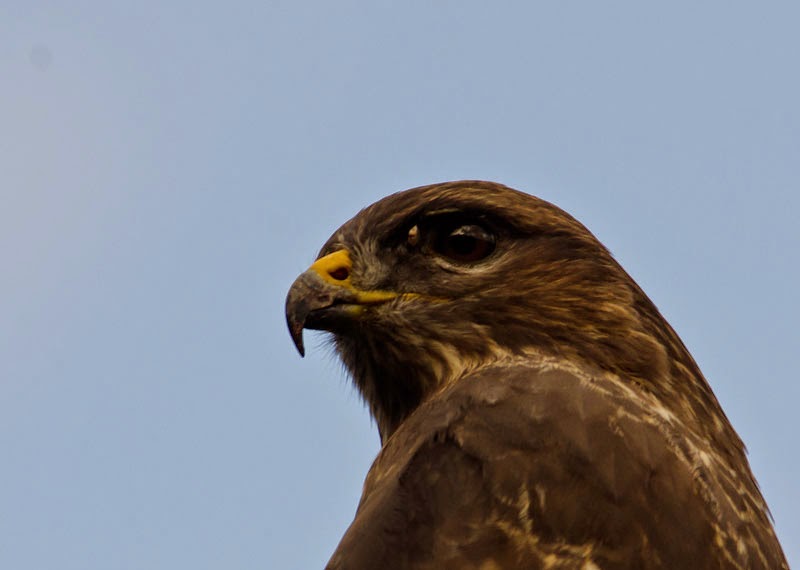 The following day was just as good for raptors. A couple of WT Eagle were seen from a distance at our first stop but we changed location and watched the two young birds interacting as they drifted over us. 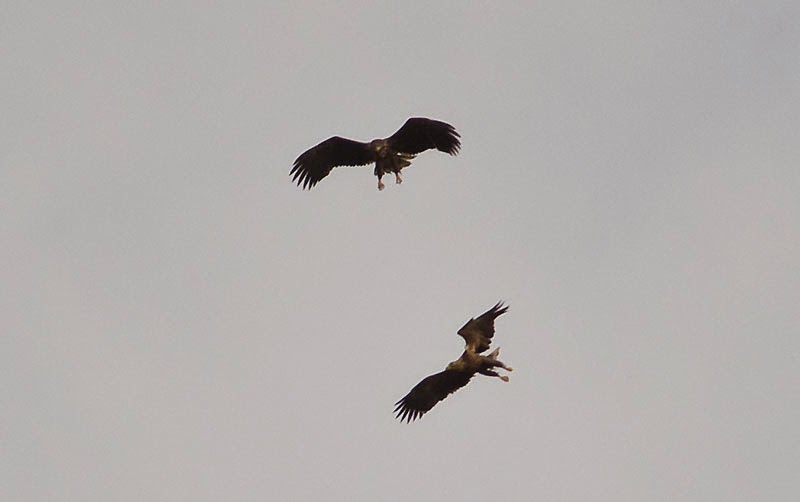 A few Common Teal were seen through the day so there were some of the winter migrants coming in but there are still very few GN Diver around. The lack of winter birds is probably due to the good weather. There were plenty of sightings to keep us going through the day but Golden Eagle was proving difficult to connect with. After a few failed attempts I decided to head back to one of the locations and connected with a bird at close quarters. 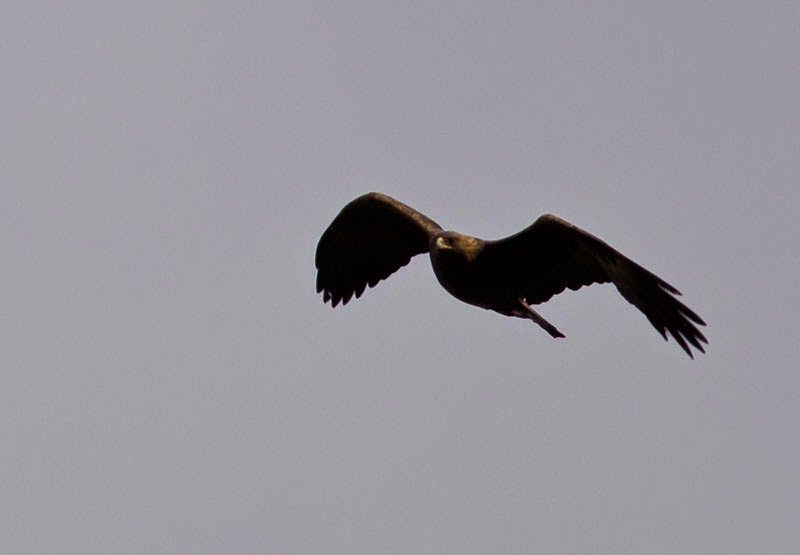 It was a great sighting but the biggest surprise was when the bird headed out over the water and carried on to the other side of the loch! 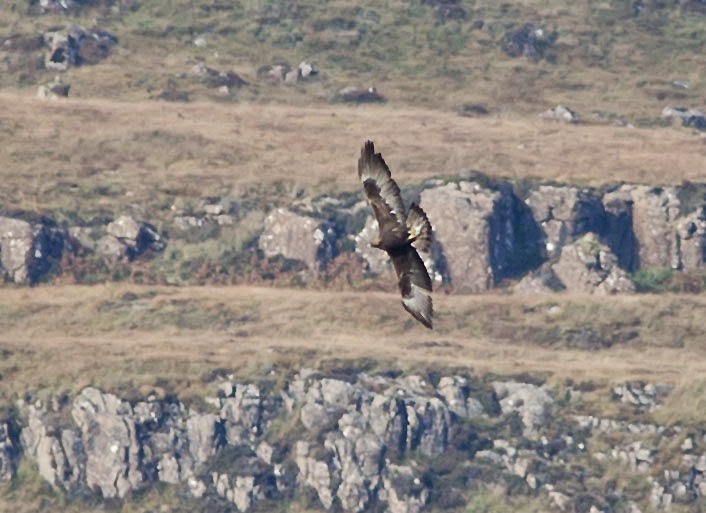