Another early morning visit from the Crossbills but we did get six more on the tour too. 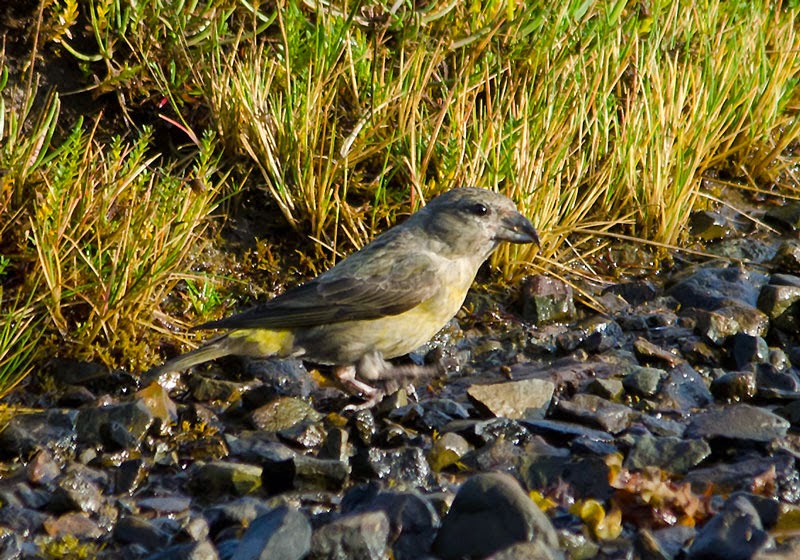 After looking through the waders on the shore we got some nice views of a young WT Eagle loafing on the side of the loch... 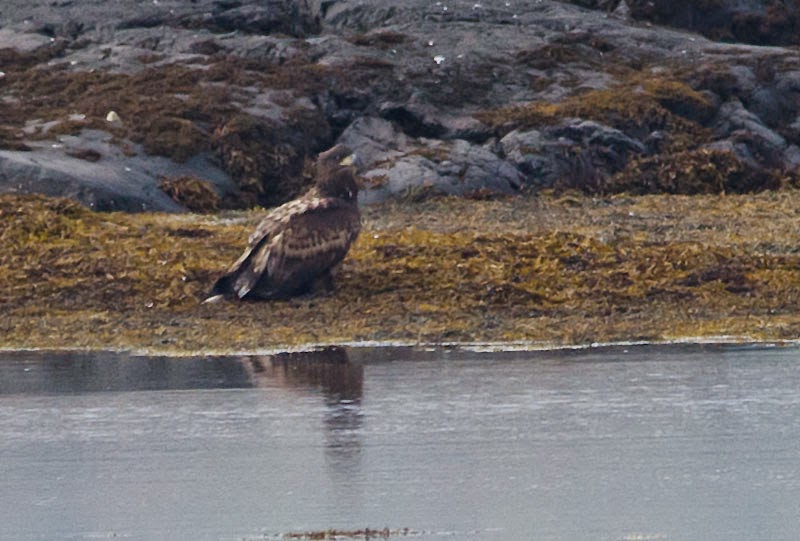 You always see plenty of Buzzards around - flying, perched up, drying their wings etc - but I think this is the first time I've seen one sunbathing. 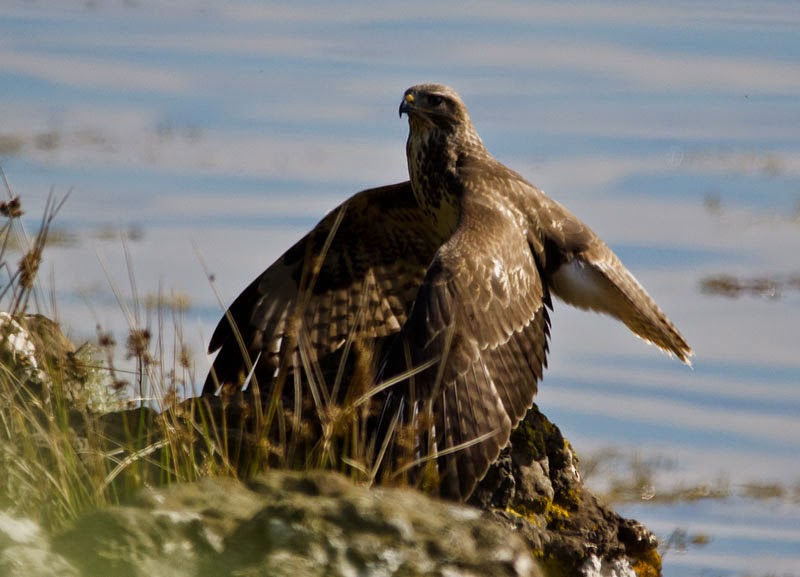 A Golden Eagle perched on the ridge took off to give us better views in flight. Three Otters were seen, four WT Eagles flying together before we got some pretty awesome views of Golden Eagle. 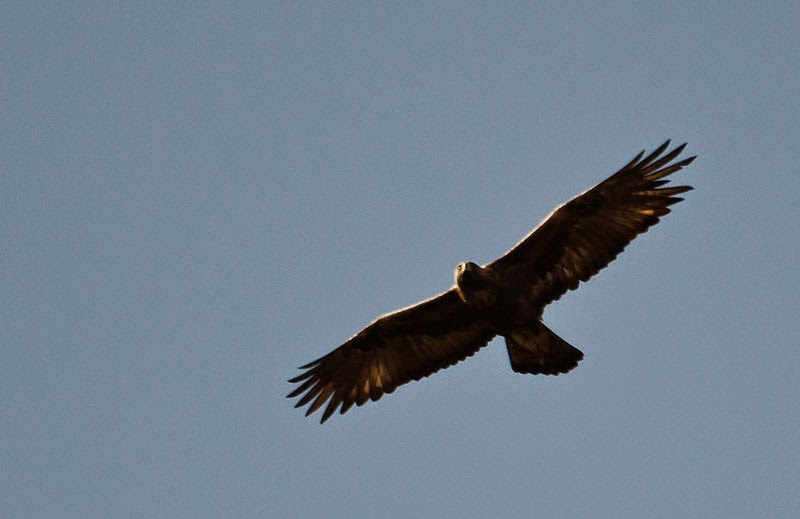 There are still plenty of Swallows about for now but the Wheatears are starting to thin out now. Other highlights were Snipe and Kestrel but sometimes it's the really common stuff that catches the eye, like a Robin - a really stunning bird. 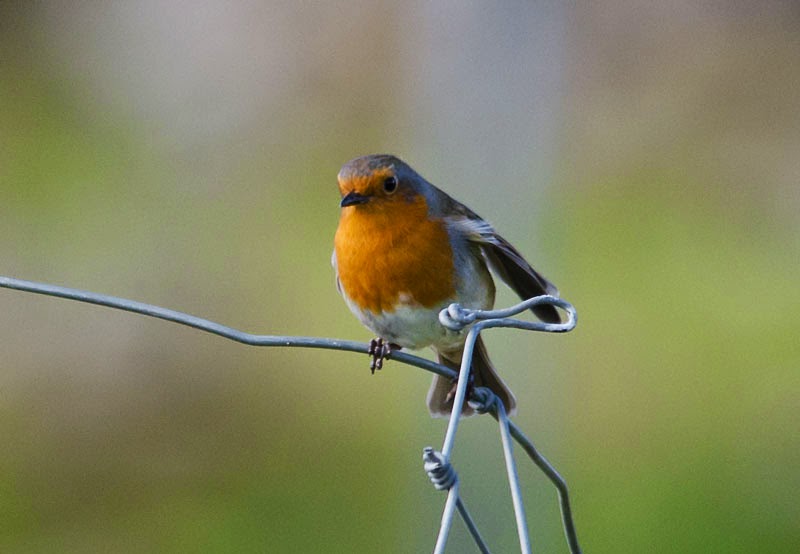